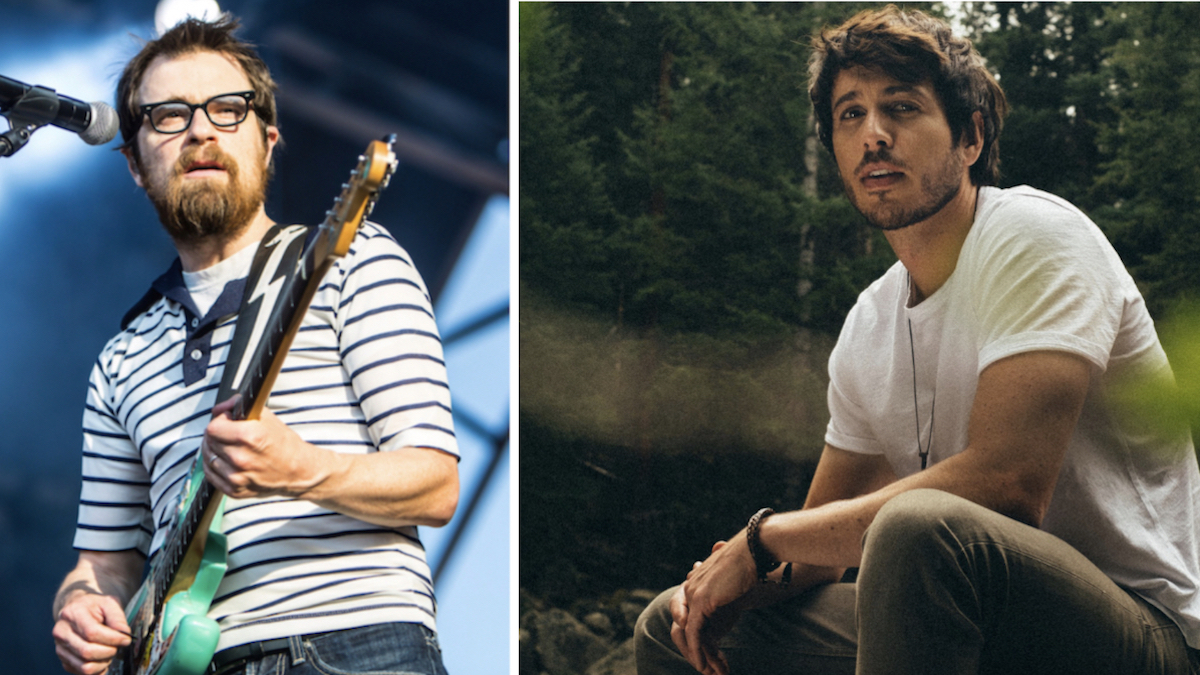 Weezer’s got an entire genre-hopping covers album that insists Rivers Cuomo is open to anything, so we probably shouldn’t be surprised that he’s now featured on a country song. The frontman has teamed up with Morgan Evans for the track “Country Outta My Girl,” which you can listen to below.

“Country Outta My Girl” has all the trappings of a modern pop-country song: twangy guitar and skittering electronic drums that mix like oil and water, a near-rap style vocal delivery, and incredibly on-the-nose lyrics that insist its artists are familiar with Southern culture. Over a scratchy acoustic riff, Evans details the ways that his Southern transplant girlfriend has maintained her country roots, from wearing cowboy boots on Rodeo Drive to drinking dirty martinis in mason jars.

After Evans promises that “You can’t take the country outta my girl,” Cuomo comes in to boast about his city woman, the quirky type who’s more into “dumpling with the tofu fried” than Evans’ “waffles with the chicken fried.” “She doesn’t give a damn about sports/ Not getting in your 4×4,” Cuomo sings, his voice flattened into radio-ready generics. It may be hard to picture the Weezer frontman singing a country song, but then again, Evans himself is Australian, and we all know Nashville doesn’t care if you’re a local so long as you sing about a truck! Listen to “Country Outta My Girl” below.

Teaming up with Evans is only one of many bizarre new business ventures Cuomo has dipped his toes into as of late. Back in January, the artist presented fans with Weezify, a Spotify-like app that houses nearly 3,500 demos from Cuomo’s personal collection. Then, on March 3rd, he announced a Wordle spinoff for Weezer fans called Weezle.  As for Weezer, the band will release four albums this year, corresponding with the changing of the seasons. The first SZNS album, Spring, arrives March 20th.