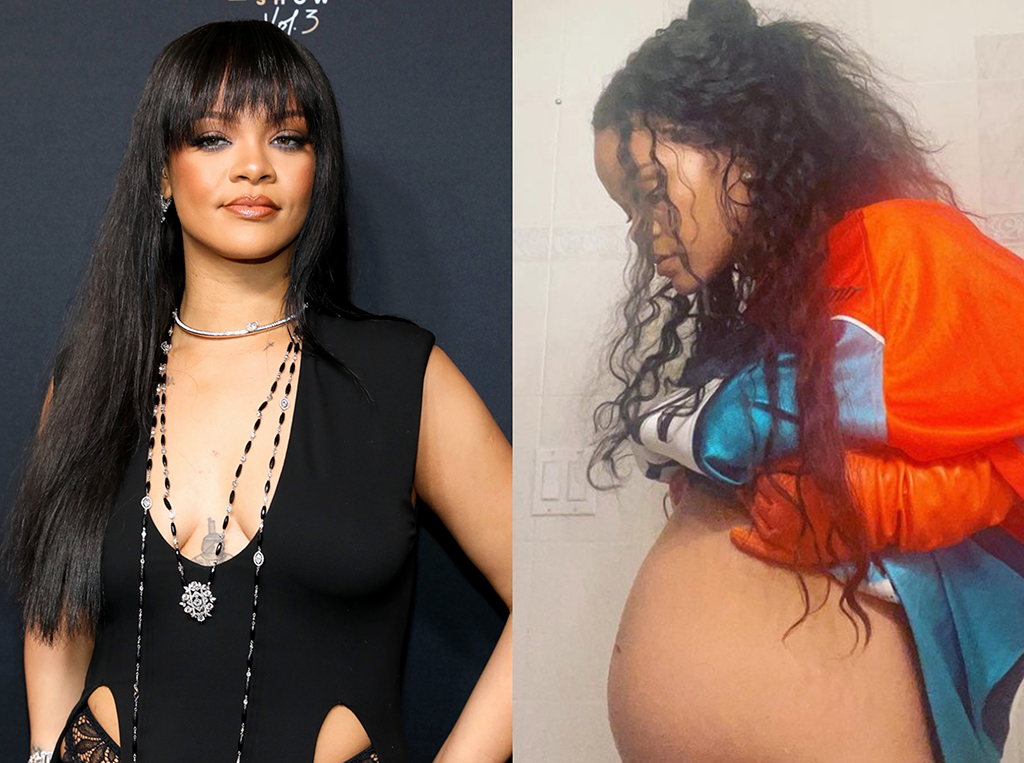 Rihanna is giving her fans A+ pregnancy content. Days after the popstar broke the internet by revealing she and A$AP Rocky are expecting their first child together, Rihanna shared a new photo of her growing baby bump.

In the picture, the “Love on the Brain” singer, 33, can be seen lifting up a football jersey with the number 9 visible on her arm. (Whether that has anything to do with R9 is up for Rihanna Navy to debate.)

“How the gang pulled up to Black History Month,” she captioned a series of snapshots. The singer revealed her pregnancy Monday, Jan. 31, just one day before the start of Black History Month. Rihanna and A$AP Rocky staged a stunning photo shoot to accompany their announcement, and she included more close-up photos of her bare belly in the post.

Many of the Fenty Beauty founder’s famous friends expressed excitement on her Instagram post, but it was Gigi Hadid’s comment that really got some people in a frenzy.

“Three angels,” she wrote, sparking speculation Rihanna could be expecting twins. However, it’s just as plausible the supermodel was referring to Rihanna, A$AP Rocky and their little one.

Rihanna’s romance with the 33-year-old rapper, her longtime friend, was reported in November 2020.

“It has grown from there. He admired her and was even awed by her,” a source told People of A$AP Rocky. “He was eager to start a relationship and felt she was worth waiting for.”

Another insider added to People that Rihanna “couldn’t be happier” she will soon be a mom.

“Having a baby is something she was never focused on, but being with Rocky opened her up to the idea. She couldn’t be happier and is so excited to be a mom,” the source shared. “She’s loving all the changes to her body during pregnancy and has always celebrated pregnant women in her runway shows for Fenty.”