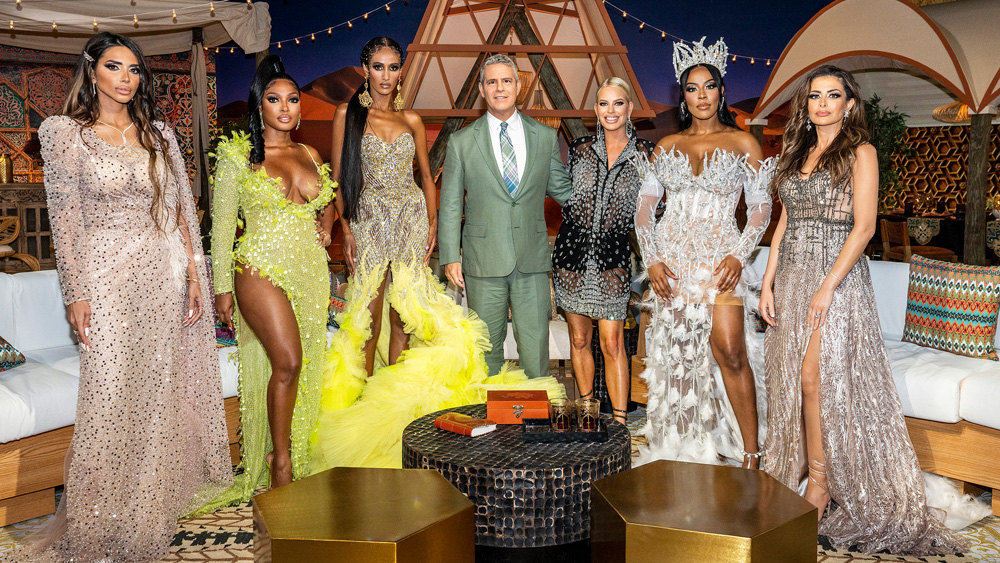 After the end of their premiere season, The Real Housewives of Dubai will return to hash out all the drama from Season 1. Host Andy Cohen regrouped with Sara Al Medani, Lesa Milan, Chanel Ayan, Caroline Stanbury, Caroline Brooks and Nina Ali for a reunion that will sizzle.

Bravo dropped the trailer for the two-part special and right off the bat, Cohen gets a surprise call from a famous supermodel.

“Naomi Campbell is calling me right now, this is insane,” Cohen says before telling Campbell he was sitting next to Ayan.

Campbell then fangirls over the RHODubai star and says, “You’re the best thing on the show! Don’t let anyone ruffle your feathers.”

Things get serious when accusations against Stanbury start flying across the set. Cohen brings up past tweets from Stanbury’s husband Sergio and Milan adds, “Oh, the racist tweets?”

Milan is then heard yelling at Stansbury that she is the “wicked witch of the Middle East.”

Stanbury reacts and says, “Oh, you’re a former escort,” and Milan suggests to “focus on being on Jeffrey Epstein’s notebook.” The Ladies of London alum famously dated Prince Andrew who has been connected to Epstein.

Ayan gets in on the drama and tells Brooks to “shut the f*** up,” with the latter firing back and advising to do the same thing.

Stanbury is heard saying that “there was a pact” to get rid of her which Ayan denies. However, Brooks intervenes and contradicts Ayan saying, “Yes it was because I was a part of it.”

Cohen then introduces a book one of the housewives made called “The Book of Lies by Lesa Milan” with a photo of Milan with a stretched-out nose like Pinocchio.

The Real Housewives of Dubai Season 1 reunion is scheduled to air Wednesday, August 31 at 9 p.m. ET and part two is set for September 7 at 9 p.m. ET.