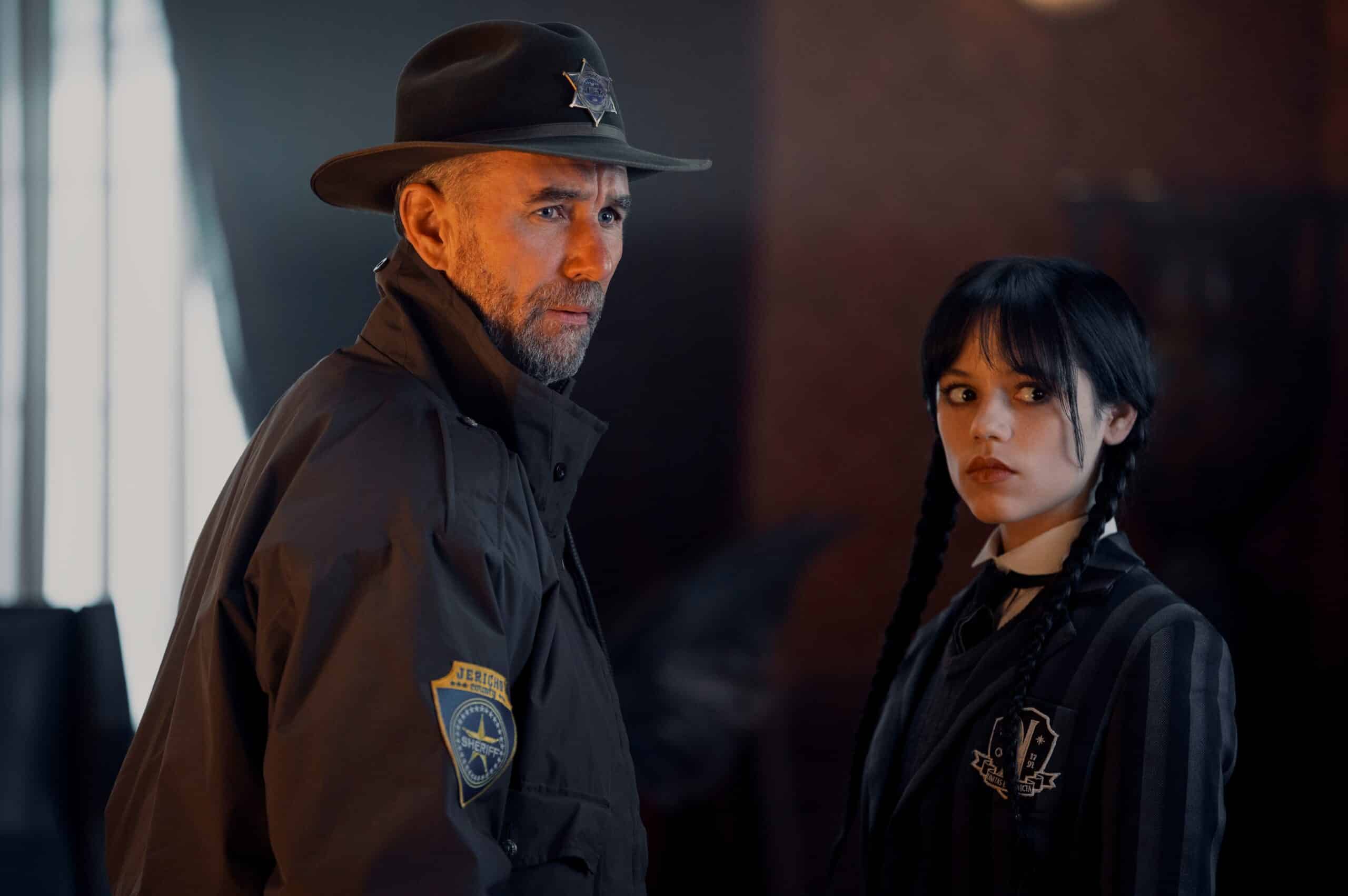 Netflix recently released Wednesday, an Addams Family spinoff series that focuses on the eponymous daughter, Wednesday Addams. With Tim Burton at the helm as executive producer and director, the series has received critical acclaim, even from publications such as The Guardian, which stated “[the] Netflix series transports Wednesday Addams into a whole new fantasy realm of her own. It’s creepy, charming and has a lead who more than matches Christina Ricci.”

If you’re unfamiliar with the Addams Family franchise, Ricci initially defined the role of Wednesday Addams in Barry Sonnenfeld’s The Addams Family (1991) and Addams Family Values (1993). But Jenna Ortega, who leads the cast in the Netflix series, more than holds her own as the gifted but nihilistic heroine. However, more on Ortega’s portrayal later. Let’s look at the series as a whole.

On the whole, the series does a great job of balancing the kookiness of the source material with a grounded, serious story. A Burton-esque murder mystery, the series brilliantly blends the Gothicism and silliness of our favorite kooky family with elements of murder, drama and teenage angst. Imagine a Tim Burton series, Criminal Minds and The OC all rolled into one.

Previous incarnations of the Addams Family, including Sonnenfeld’s iterations, have been unrealistically spooky with a tone of dark absurdity. It’s almost as if it’s trying not to be real. In a scene from Addams Family Values, Wednesday and her brother Pugsley trap their new baby sibling in a guillotine (you know, how siblings do that to each other). It’s a scene that is meant to be humorous with no immediate sense of consequence. In comparison to that scene in Sonnenfeld’s version, the Netflix series starts off with Wednesday releasing live piranhas into a swimming pool full of jocks who had bullied Pugsley. This time, one of the jocks has his testicles eaten and Wednesday is expelled from school (and almost charged with attempted murder). Right off the bat, Wednesday means business.

This brings us to the main concept of the series, which sees Wednesday being shipped off to Nevermore Academy, a school for outcasts, which Addams Family parents Gomez (played by Luiz Guzmán) and matriarch Morticia (played by Catherine Zeta-Jones) also attended. What I liked most about the Netflix series is how it captured the same dark tense of morbidity, but in a modern, more realistic setting. This included Wednesday having to adjust to a new school, deal with her actions, and navigate relationships on a deeper level.

Meanwhile, the show also focuses on a series of murders in Jericho, the “normie” small town where Nevermore Academy is located. Wednesday becomes a teenage Sherlock Holmes as she takes it upon herself to solve the murders that have plagued the small town. Ortega’s portrayal of pale-faced, morgue-loving Wednesday is spot-on. She brings balance to the character, who is characteristically seen as stoic but with an emotional arc as she contends with the usual drama and teen angst of school cliques and love triangles. Except, in true Burton-esque fashion, those school cliques aren’t jocks, geeks and cheerleaders, but rather, they include vampires, psychics and sirens.

The series is rounded out with a mighty cast of characters including Uncle Fester (played by Fred Armisen who is equally dark and hilarious), who pops up to visit. However, we predominantly see Wednesday’s schoolmates, teachers and inhabitants of Jericho. The ensemble cast includes Gwendoline Christie who plays Principal Weems, the strict head of Nevermore Academy who frequently butts heads with Wednesday; there’s also Emma Myers as Enid Sinclair, Wednesday’s colorful werewolf roommate and Nevermore bestie; we also get to see Ricci return to her roots, this time as Marilyn Thornhill, a “normie” teacher at Nevermore. I especially enjoyed the contrast between Myers’s colorful Enid and the ghostly Wednesday. Friendship goals, am I right? And, of course, we see a lot of Thing, a member of the Addams Family who is simply a disembodied hand and serves as Wednesday’s sidekick in the series.

Overall, with its plot lines and character development, Wednesday is a delightful coming-of-age series and murder mystery with the right combination of silly, spooky and serious. Since the series broke the previous record for being the Netflix series with the most hours watched (the previous record holder was Stranger Things 4), it seems likely that a second season will be in store. I’m excited to see what’s next in store for Ortega’s Wednesday Addams.