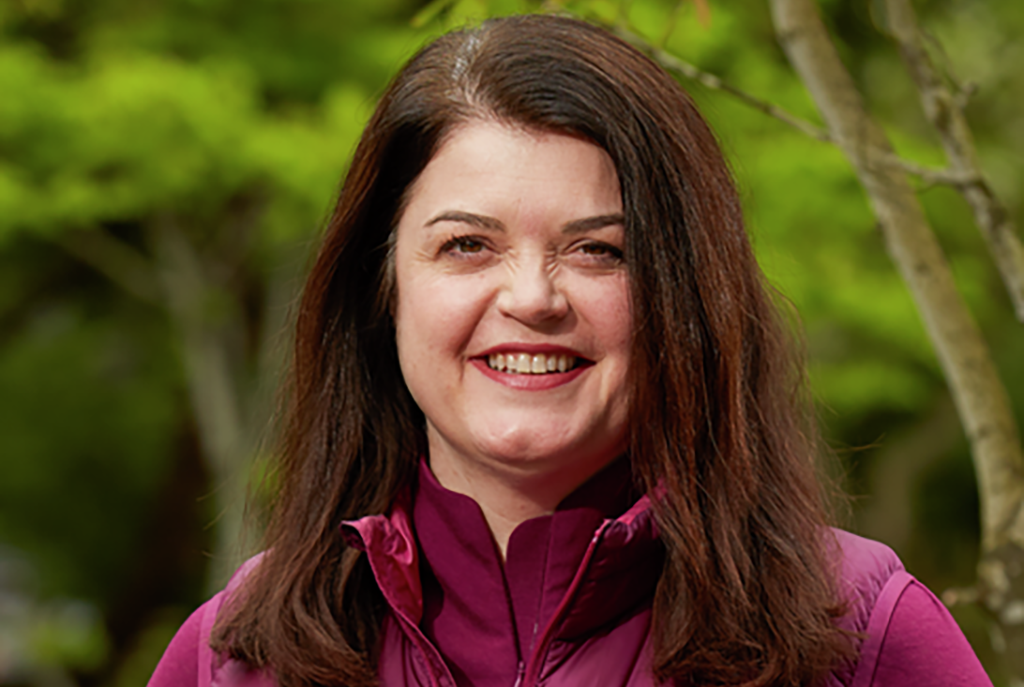 As part of FN’s annual Women in Power issue, we asked 15 footwear execs who have stepped into prominent new roles this year to talk about overcoming obstacles and their advice for the next generation.

Susan Viscon is an 23-year veteran of REI and took the reins in April as VP and executive director of the company’s new Path Ahead Ventures organization, which partners with and invests in Black, Indigenous, Latino/a/x and Asian American Pacific Islander-owned and -led business to accelerate growth and create connections to resources and people. Prior to joining REI, Viscon was a buyer at Dillards and has served on several boards.

Here, Viscon discusses switching up her leadership style, balancing work and motherhood, and the importance of confidence and clarity.

“My leadership mantra is to own what I can uniquely bring to the work, which is an expansive network in the outdoor industry, strong partnerships within REI and the ability to influence others to be champions of the work. I recognize that great work is built with a team that can bring diverse perspectives and experiences. Our earliest team members brought expertise in investing, entrepreneurship, accelerator programs, outdoor leadership and mentoring.”

The most significant career barrier I’ve faced and how I overcame it:

“I was first hired as a director at the co-op. In that role, I continued to do what many do. I tried to lead in the ways that earned me the promotion—being involved and hands-on, having a position on what we should do, being vocal about everything from strategy to execution. Six months in, we conducted our annual employee engagement survey. I found out the team wasn’t engaged, didn’t feel empowered and didn’t feel connected to their managers. In my rush to be a strong leader, I had completely missed what it meant to be a leader of leaders.

Change started with recognizing my managers as the owners of their business and leaders of their teams. I partnered with them to hear what the team was feeling and set clear priorities and goals for our work. My goal was to inspire and empower the team and engage them in the work so that it was co-created, versus dictated. I found that my role was to provide the goals and outcomes of the work, while enabling the teams to decide the best way to achieve. It was a critical lesson that I was grateful to learn early in my career.”

Advice for women starting out in their careers:

“My advice would be to be true to your values and aspirations regardless of where you are in your career journey or your personal life. It’s not about doing what you think others expect or what you have read, but about what gives you energy and meets your needs.

My truth came as a new mother, when I decided to apply for a director role at REI. I was still learning how to be successful as a new mom and reengage in work. While I had been preparing myself for the next step in my career, I wanted to be sure I could balance being a strong leader with the commitment of being a new parent. With the support of my husband and encouragement from a mentor, I tackled the interview head on. I directly asked the hiring vice president what his biggest reservations were so that I could address them. It was this directness and curiosity that ultimately landed me the position.”

The leader who has had the most impact on me and why:

“I have been so fortunate to work with many great leaders. One person that sticks out is Catherine Walker, who was REI’s general counsel when I was a director. As part of the co-op’s talent development, I was paired with Catherine as a mentor. Catherine was wise, experienced and powerful, but made me comfortable by being disarming, curious and supportive. She conveyed confidence in my professional development. When I became a VP, she was a trusted executive in the room that could set aside personal agendas and tackle difficult and strategic discussions, while prioritizing the interests of the co-op and our members.

After Catherine retired, I recruited her to be on the board of Camber Outdoors with me at a time when we were charting the future mission of the organization. We were discussing if the organization was ready to shift from focusing solely on women to a broader diversity mission. Catherine’s confidence and clarity in the moment made me realize the importance of putting a stake in the ground and working towards the broader mission, rather than waiting until we made the needed progress.”