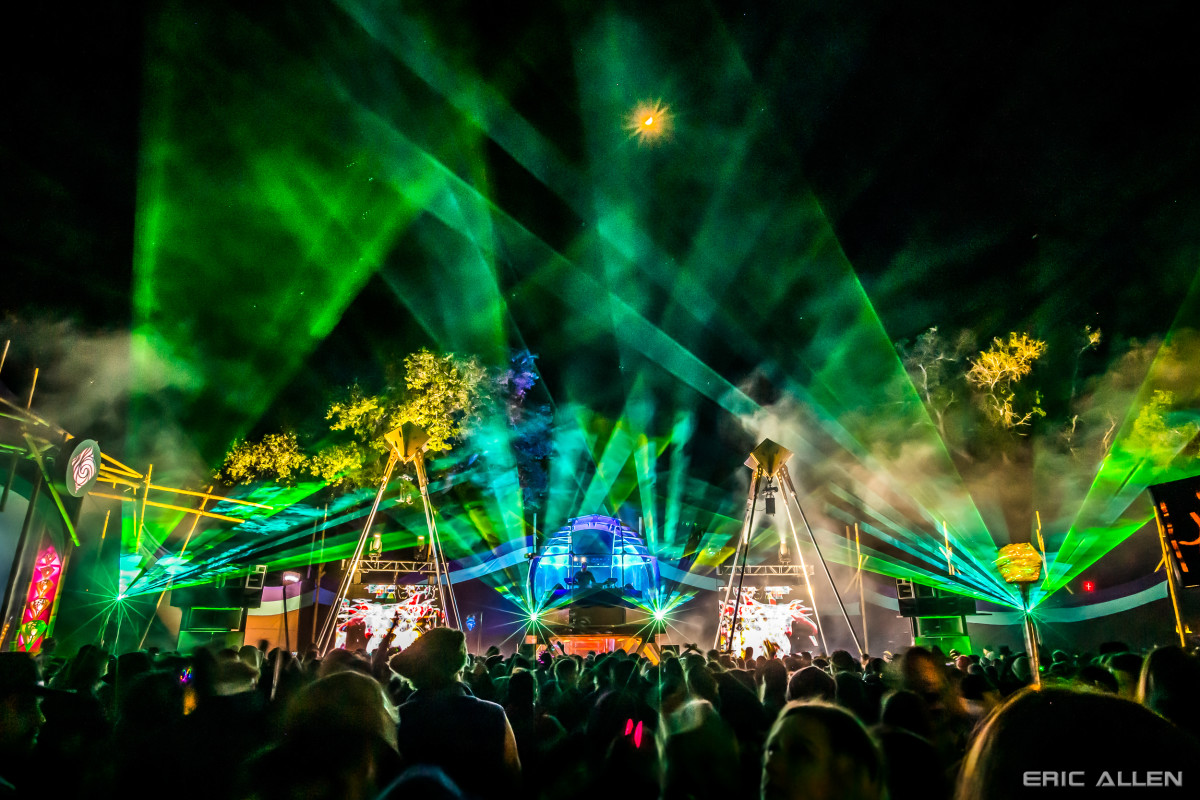 You are now entering Lucidity Festival, a mythos, lived story, and epic journey.

Based off Joseph Campbell’s The Hero’s Journey, Lucidity Festival has been telling an immersive, epic saga of personal, collective, and global transformation for the past decade.

The fest’s organizers have long positioned it as an open-source, transformational arts and music festival, allowing its attendees to co-create the experience and storyline. At Lucidity’s bedrock are a number of core values: participation, immersion in the artistic process, personal growth, healing, awake and aware consciousness, environmental and social responsibility, family fun and creative play, communal reciprocity, and transparency.

After exploring its first two trilogies, the festival will close out a third with its ninth chapter, “Regeneration Earth,” from April 8-10 at Santa Barbara’s Live Oak Campground. This year’s chapter will highlight a growing global perspective, activating attendees’ senses of responsibility of their actions on Earth while giving thanks and blessings to future generations. Attendees will “plant conscious seeds” through mindful workshops, music, and movement.

“Lucidity Festival tells a long 12-year story where every festival year is a chapter in the story,” founder Jonah Gabriel Haas told EDM.com in an interview. “The festival is an immersive, open-source storytelling experience where the attendee shapes the storyline and narrative.”

Slated to headline this year’s festival is genre-defying diplomat The Polish Ambassador, as well electro-funk duo The Floozies, The California Honeydrops, The Funk Hunters, Dirtwire, and Ayla Nereo. While the headlining slots are surely not to miss, other gems hidden among the 100-plus artists across the curated five stages include SubDocta, An-ten-nae, Russ Liquid, Moontricks, KLL SMTH, Cofresi, The Sponges, and more.

Beyond the meticulously curated musical lineup, Lucidity organizers plan to interpolate the “Regeneration Earth” narrative throughout all of the event’s programming. The festival will even host an official “Regenerative Action Day” pre-party on April 6th, when attendees can learn about regenerative agriculture systems and take part in an annual tree planting ceremony, peace blessing with the local indigenous Chumash tribe, and more.

“The story will literally be told through every aspect of the festival, from the curated art, musical performances, stage design, food vendors and more,” Haas added. “The food vendors onsite source ‘SOL’ food: sustainable, organic, local. Every aspect and piece of programming is designed through the intent of this year’s narrative.”

Additionally, attendees of this year’s chapter can explore the festival’s different realms, including its curated Branches Mobile Art Gallery, Frick-Frack Blackjack, ecstatic dance sessions in its Movement Lab, bodywork and healing services by I AM HEALING certified therapists and healers, and more.

As if that weren’t enough, Lucidity Festival will launch a first-of-its-kind, sustainable, NFT-based treasure hunt called “The Lucid Multiverse.” While attendees can immerse themselves in the “Regeneration Earth” narrative onsite at the festival, The Lucid Multiverse is designed to use Earth as a story and game-board to get attendees out into the world, traveling to epic destinations to compete in scavenger hunts and discover crypto treasure and art.

Based on Lucidity Festival’s eight spirit animals, 888 unique NFT collectibles will be minted on the Solana blockchain, which uses Proof of Stake technology that dramatically reduces the amount of energy used, making it environmentally friendly. Each NFT holder will have a one-in-three chance of obtaining a Lucidity 2022 ticket, while eight “rare” NFTs will grant the owner access to a treasure chest to collect SOL royalties through the life of the project.

Those who hold a minted NFT will be able to unlock a number of utilities and embark on real-world “Kindred Quests.” These quests are centered around The Lucid Multiverse universe, wherein NFT holders are set off on journeys to recover the keys of the Lucid City so that light, love, and creativity will again be restored to all dimensions of time and space. Winning teams of each “Kindred Quest” will win epic travel packages, festival tickets, and more.

The Lucid Multiverse will launch its whitelist mint on March 24th, with a public mint the following day. For more information, visit the project’s website and Terms & Conditions.