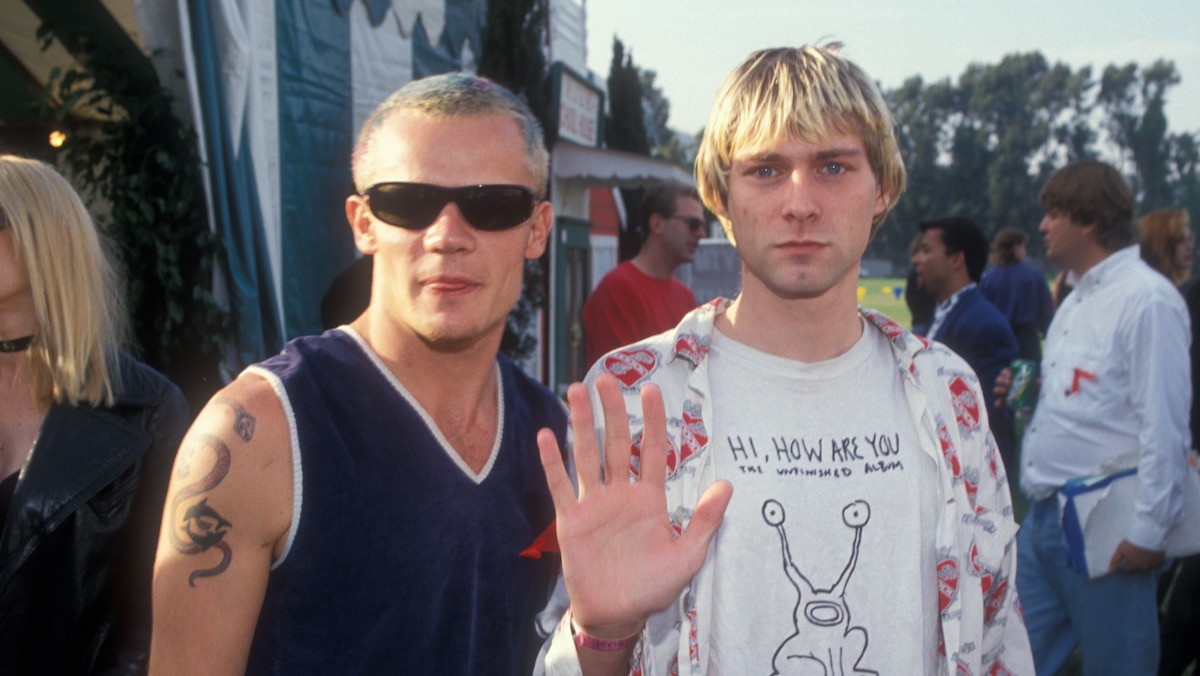 Red Hot Chili Peppers closed out a benefit concert for the Silverlake Conservatory of Music on Saturday by covering Nirvana’s “Smells Like Teen Spirit” for the first time.

Chili Peppers previously toured with Nirvana in 1991, as the band recalled during a recent appearance on The Howard Stern Show. “I remember just feeling like, you know, they’re good bands, but Nirvana, they were really carrying a heavy magic with them, just this feeling like they are a powerful entity to be respected,” Flea reminisced.

For his part, Kiedis admitted that he was “pretty nervous” being around Kurt Cobain, because he was “in awe” of his work and Cobain “wasn’t the type who wanted to discuss being a frontman, he was just kind of shy and in his energetic state.”

Recently, Red Hot Chili Peppers became the first rock band in 17 years to achieve two No. 1 albums in a calendar year thanks to April’s Unlimited Love and October’s Return of the Dream Canteen.

Be sure to read our first-ever digital cover story with Red Hot Chili Peppers.