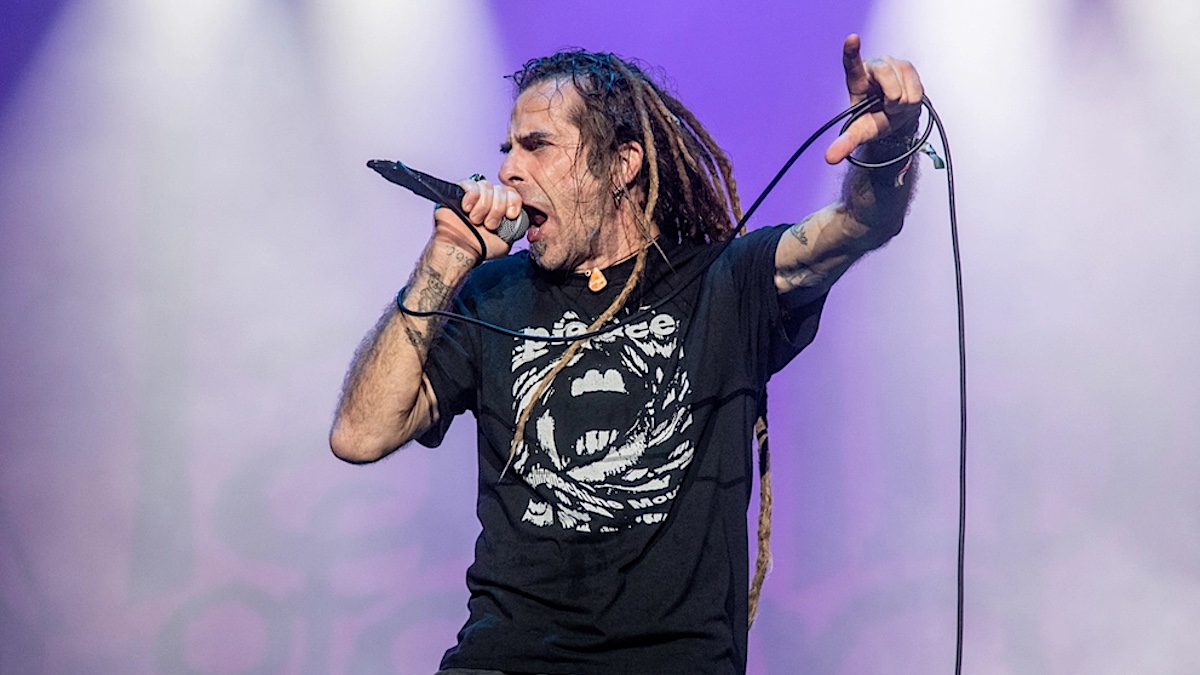 Just six shows into Lamb of God’s Spring 2022 North American tour with co-headliners Megadeth, frontman Randy Blythe has tested positive for COVID-19. Instead of canceling any shows, Lamb of God will perform on Tuesday night (April 19th) in Grand Rapids, Michigan, with Chimaira singer Mark Hunter and a “few friends” on vocals.

This is the second leg of the two headliners’ “Metal Tour of the Year,” which had a successful run this past fall. The first leg went off without a hitch, but unfortunately, COVID has reared its ugly head early in the current leg.

A statement on Lamb of God’s Facebook page reads as follows:

“Grand Rapids – Randy Blythe tested positive for COVID over the weekend and has been isolating away from the rest of the band. While his symptoms have been mild and he’s on the mend, he will not be able to perform tonight at the Van Andel Arena. However, the show will go on! We are working to put together a special show with our brother Mark Hunter from Chimaira taking over the mic and a few friends helping out as well. We’ll see you tonight! We are hopeful he will be able to return later this week and will update as soon as we can.”

Following Tuesday night’s show, the tour’s next three stops are in Fort Wayne, Indiana (Thursday); Green Bay, Wisconsin (Friday); and Sioux Falls, South Dakota (Sunday). Considering that Blythe just tested positive over the weekend, it can be assumed that he’ll at least miss a few more shows. While there’s no official word beyond Tuesday’s concert, perhaps Hunter will continue to fill in until Blythe is able to return.

In addition to the co-headliners, the tour features Trivium and In Flames. Dates are scheduled through a May 15th concert in Allentown, Pennsylvania, with tickets to all upcoming shows available via Ticketmaster.

Megadeth, meanwhile, have already announced a Summer tour with Five Finger Death Punch and The HU. That outing kicks off in August.