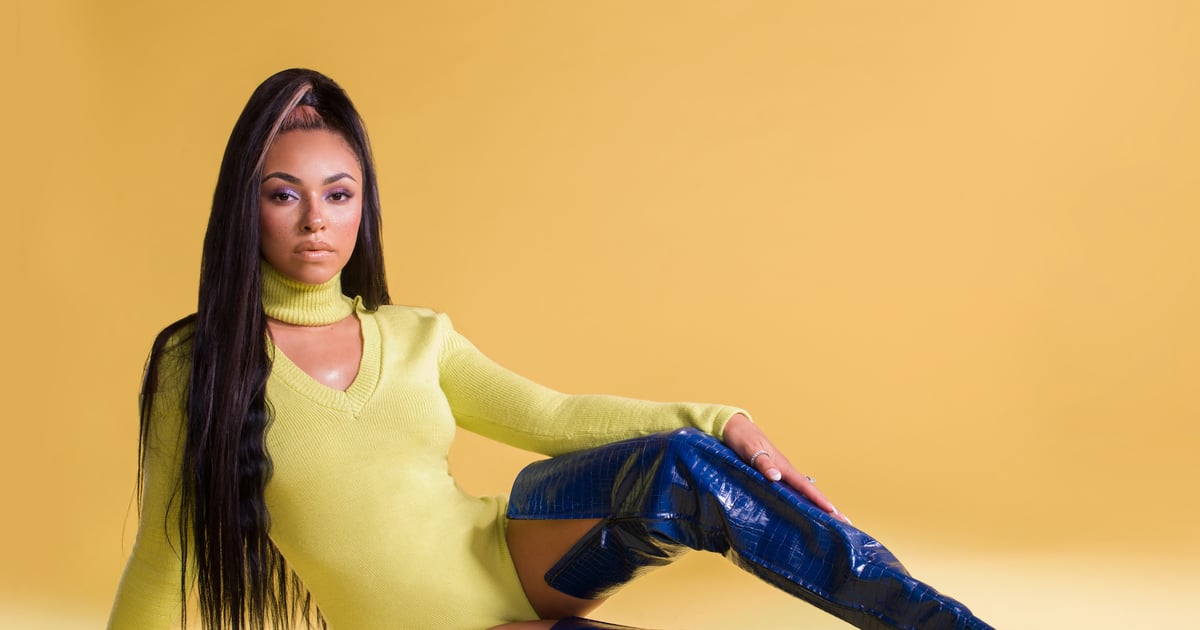 Raiche is ready to make her mark on music. Named one of Billboard’s “R&B Artists to Watch in 2021,” she boasts more 19 million streams worldwide. The title track off her debut EP, “Drive,” was featured in Netflix’s “Self Made: Inspired by the Life of Madam C.J. Walker,” starring Octavia Spencer. “I’ve had some bad days like a Monday / But I can’t let it faze me . . . Don’t you give up when you’re losing control / Leaning on all of my faith and my hope / Searching for my pot of gold,” she sings.

The theme of perseverance drives the track’s message, but the 26-year-old artist almost gave up pursuing music after high school: she had to take on multiple jobs to help keep her mother’s hair salon afloat, and she was also in a tumultuous relationship. It was her grandmother’s sage wisdom that convinced her to keep pushing — and the difficulties she faced would inspire her debut single, “Money Pies.” Shortly after moving to Boston at age 19, she fully immersed herself into the city’s nightlife scene, meeting local legend DJ Knock Out. He introduced her to Prince Charlez, who’d penned songs for Beyoncé and Rihanna. That fateful meeting eventually led to a record deal with Atlantic Records, where Raiche has been signed since December 2017.

“Now that I’ve gone through this journey of self-discovery, I feel so sure of who I am and the place I’m in with my voice, with my sound, and with my writing,” she tells POPSUGAR. “It’s exciting to be vocal about my emotions in a song and portray them in a way that gives such depth to the listener with the notes that I choose and how I even fall off of my notes and the aggression behind them.”

“I write best when I’m in the heat of emotion, whatever it may be.”

One could easily spend hours getting lost in the emerging R&B singer’s refreshingly unique vocals. But if you’re new to Raiche’s music, “Burn Your Clothes,” the lead single off her upcoming debut album, “Loveland,” will pique your interest with lyrics like, “I need you next to me, why ain’t you home? / I lay up all day, right where you should’ve been / I thought you loved me; clearly, you don’t.” Accompanied by a music video in which Raiche plays a scorned 1950s homemaker, the blazing tune draws inspiration from one of her biggest musical idols: jazz legend Sarah Vaughn. “I write best when I’m in the heat of emotion, whatever it may be,” the rising star says. “My first love really tore up my heart, and not that I’m a bitter thing over here, but I have grown a colder heart because of that experience.”

It’s that level of depth, vulnerability, and authenticity that makes Raiche so relatable as an artist and as a human being. She uses all of her emotions to fuel the creative process. “At studio sessions, I do a little therapy session with whoever I’m working with,” she explains. “We talk about our emotions or how we’re feeling about life, and then we get into the music.” A lot of Raiche’s music concerns heartbreak and uncertainty within relationships, but empowerment — especially female empowerment — is always at the core. “Pick a Side,” “Complicated,” and “Funeral” are prime examples.

Slated for a summer release, “Loveland” is three years in the making. “It’s been so long since I’ve released a project, so I feel like I’m sitting at the edge of my seat in anticipation,” she says. “Soon after I released my ‘Drive’ EP, the world shut down due to COVID-19 . . . I was able to really connect with myself during quarantine, and the music on ‘Loveland’ will reflect that.”

So, how does she plan to celebrate the release of her debut album? Hearing what songs people “relate to and love the most” is what she’s looking forward to more than anything. The Massachusetts-born artist hopes that “Loveland” will set off her career as a performer and be the first of many “timeless” musical projects that outlive her. “I want to be like Erykah Badu, touring forever,” she says. “Obviously, she’s an icon. Her music is just classic, and I want to make music that lasts like that.” Check out some of Raiche’s discography ahead, and stay tuned for the release of her debut album, “Loveland.”