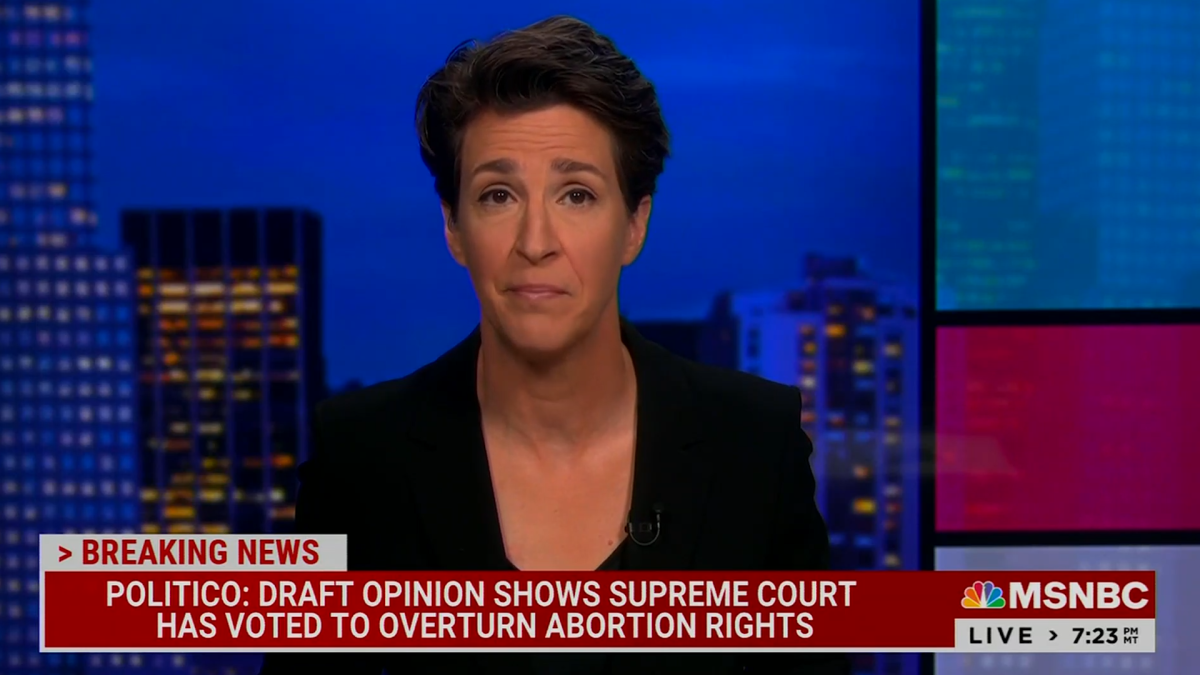 After nearly 50 years of settled law, the Supreme Court appears primed to strike down the historic 1973 decision of Roe v. Wade. During her MSNBC show on Monday, a shocked Rachel Maddow shared her initial thoughts and concerns about the decision being overturned.

Roe v. Wade guaranteed constitutional protections of abortion rights. However, an initial draft majority opinion written by Justice Samuel Alito and reported by Politico cites the decision was overturned. As was the subsequent 1992 decision of Planned Parenthood v. Casey, which reaffirmed a woman’s right to choose.

“We hold that Roe and Casey must be overruled,” Alito wrote. “It is time to heed the Constitution and return the issue of abortion to the people’s elected representatives.”

With a reported 21 states planning to ban abortion if the landmark case is in fact overturned, women across the country may find they have lost the right choose how or when they are pregnant.

“This draft opinion saying that the Supreme Court is about to clear the way just for that, means that we’re on the precipice of becoming a very different country,” Maddow said. “And our daughters and granddaughters are living in a very different world.”

As for what exactly that different world might be, Maddow’s guest, Maryland congressman and House judiciary committee member Jamie Raskin, believes it might very well look like something from a popular Hulu series.

“This would appear to be an invitation to have Handmaid’s Tale-type anti-feminist regulation and legislation all over the country,” he said.

The Rachel Maddow Show airs weeknights at 9 p.m. on MSNBC.