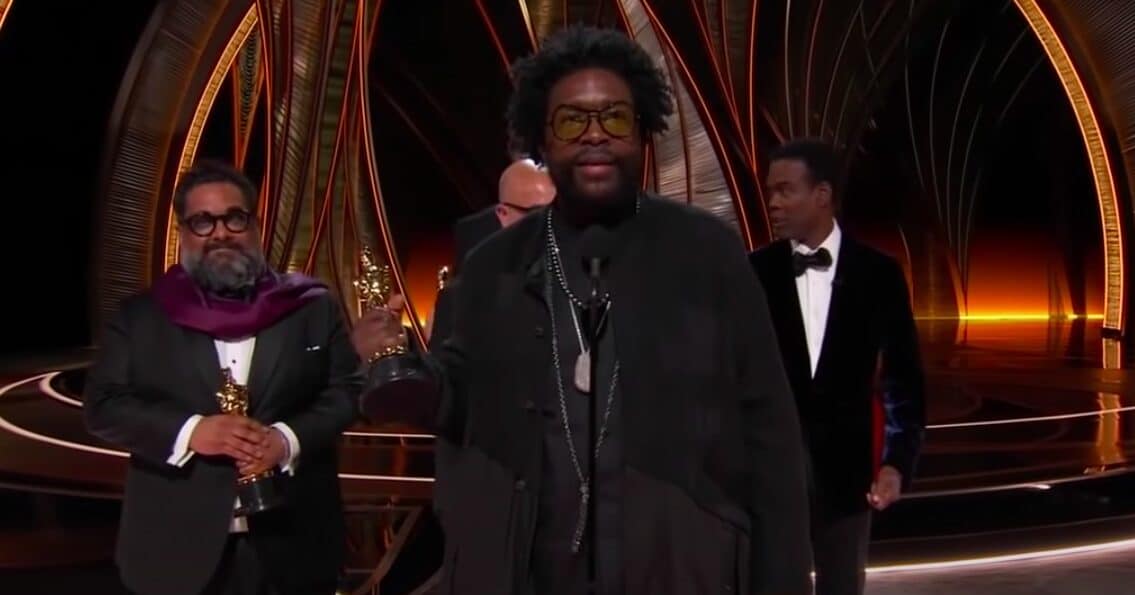 Summer of Soul (…Or, When the Revolution Could Not Be Televised), Questlove’s film about the 1969 Harlem Cultural Festival, won the Oscar for Best Original Documentary at the 94th Academy Awards. Its competitors included Attica, Flee, and Writing With Fire.

“This is such a stunning moment for me right now,” Questlove said. “But this is not about me. It’s about marginalized people in Harlem that needed to heal from pain. Just know that in 2022, this is not just a 1969 story about marginalized people in Harlem.” He then took a pause, saying he was too overcome by emotion to continue speaking. Watch his acceptance speech below.

The award was presented to Questlove by Chris Rock, who had just been struck by Will Smith over a joke at Jada Pinkett Smith’s expense.

Summer of Soul is also up for Best Music Film at this week’s Grammy Awards.