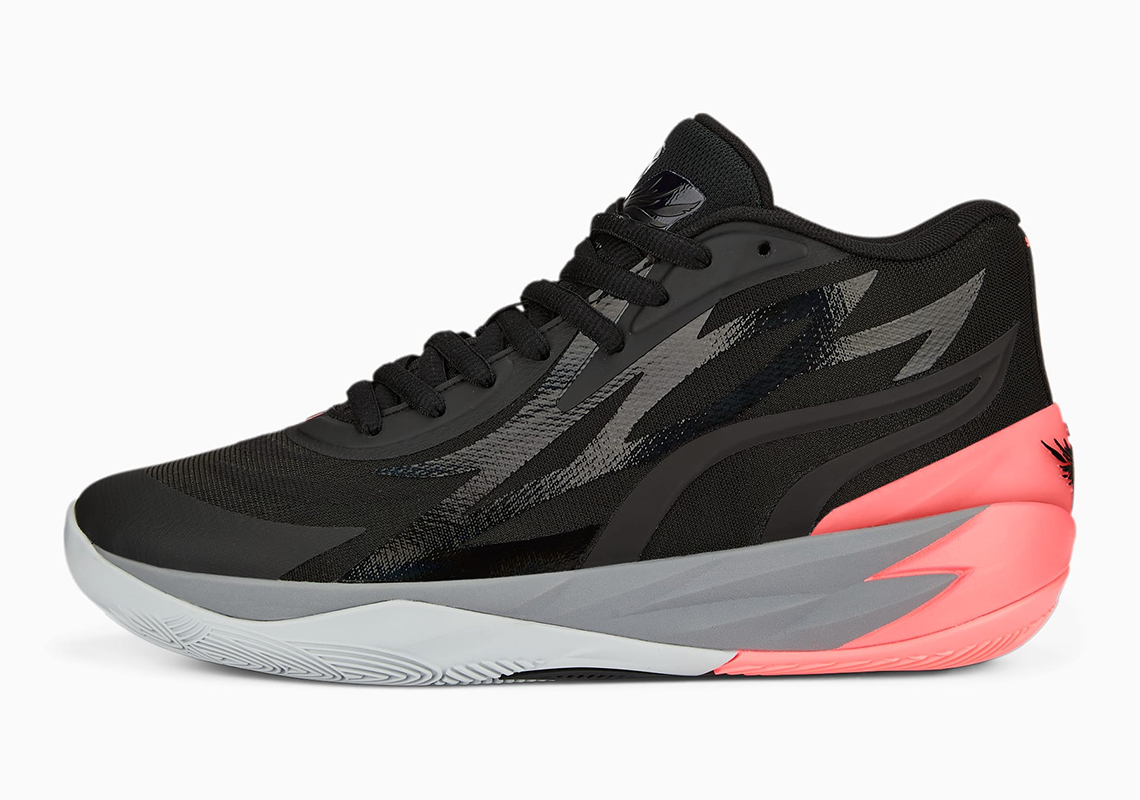 Becoming the youngest player in franchise history and the fourth youngest player in League history to reach 1,000 assists, LaMelo Ball has rapidly cemented himself as one of the most influential young hoopers in the NBA. Whether it’s a group of middle and elementary schoolers from Des Moines, Iowa who exclusively associate the nickname “Melo” with the third-year guard or casting one of the generation’s favorite shows – Rick and Morty – across his first silhouette, Ball’s reach and influence can’t be understated. Such is the same with his second signature silhouette with PUMA, now implementing a simplistic monochrome aesthetic affixed with a titular “Coral” accent.

Save its “Phenom” colorway, the upcoming silhouette engages in a disparate choice for LaMelo’s line, coating the entirety of its upper and tongue construction in a jet-black composition. Dominating the silhouette’s real estate by rendering color matches along its laces and nylon sock liner, vibrant peach hues emanate from the medial side profile’s winged ensemble whereas its exterior feature explores a clad-black effort. Underfoot, white, grey and the presiding colorful accent extend a sectioned sole unit and tread while its “Coral” treated heel counter and presiding pitch-dark winged insignia proffer a flipped outfit in conclusion.

While we sit tight on further release details, enjoy official images of the PUMA MB.02 “Black/Coral” below in the meantime.

In other news, check out where to buy the Air Jordan 1 Retro High OG “True Blue” ahead of its release tomorrow. 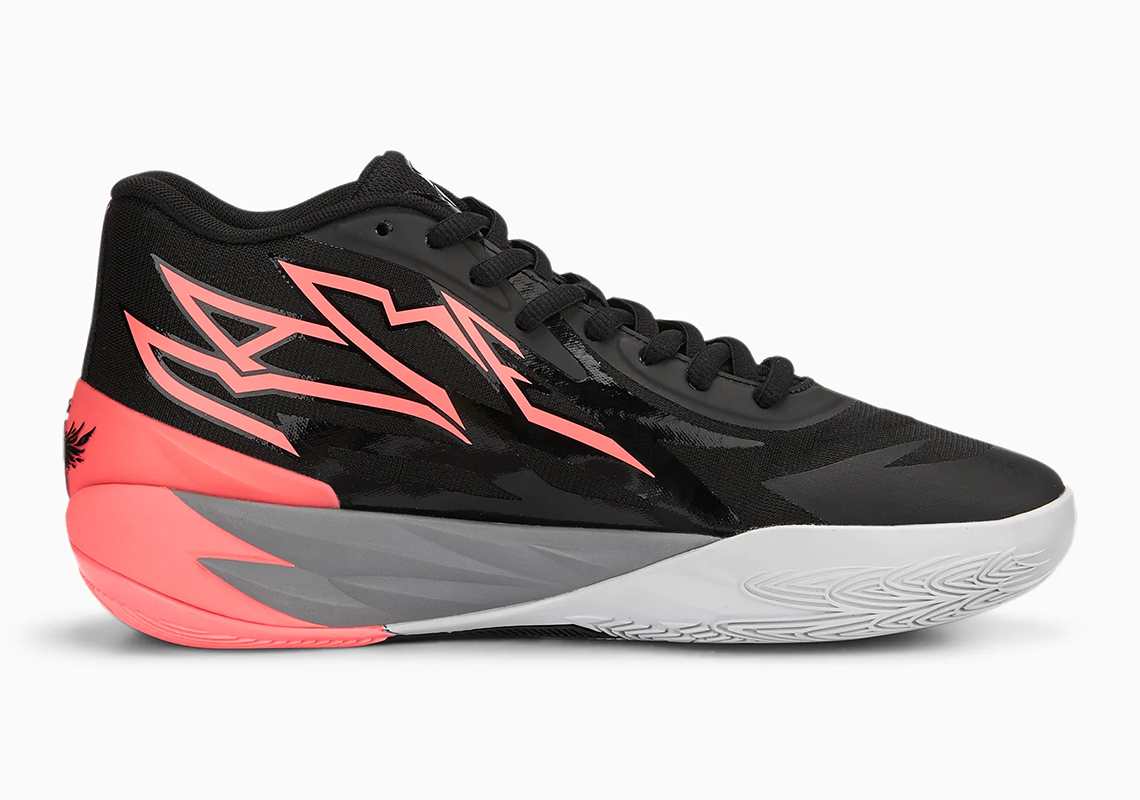 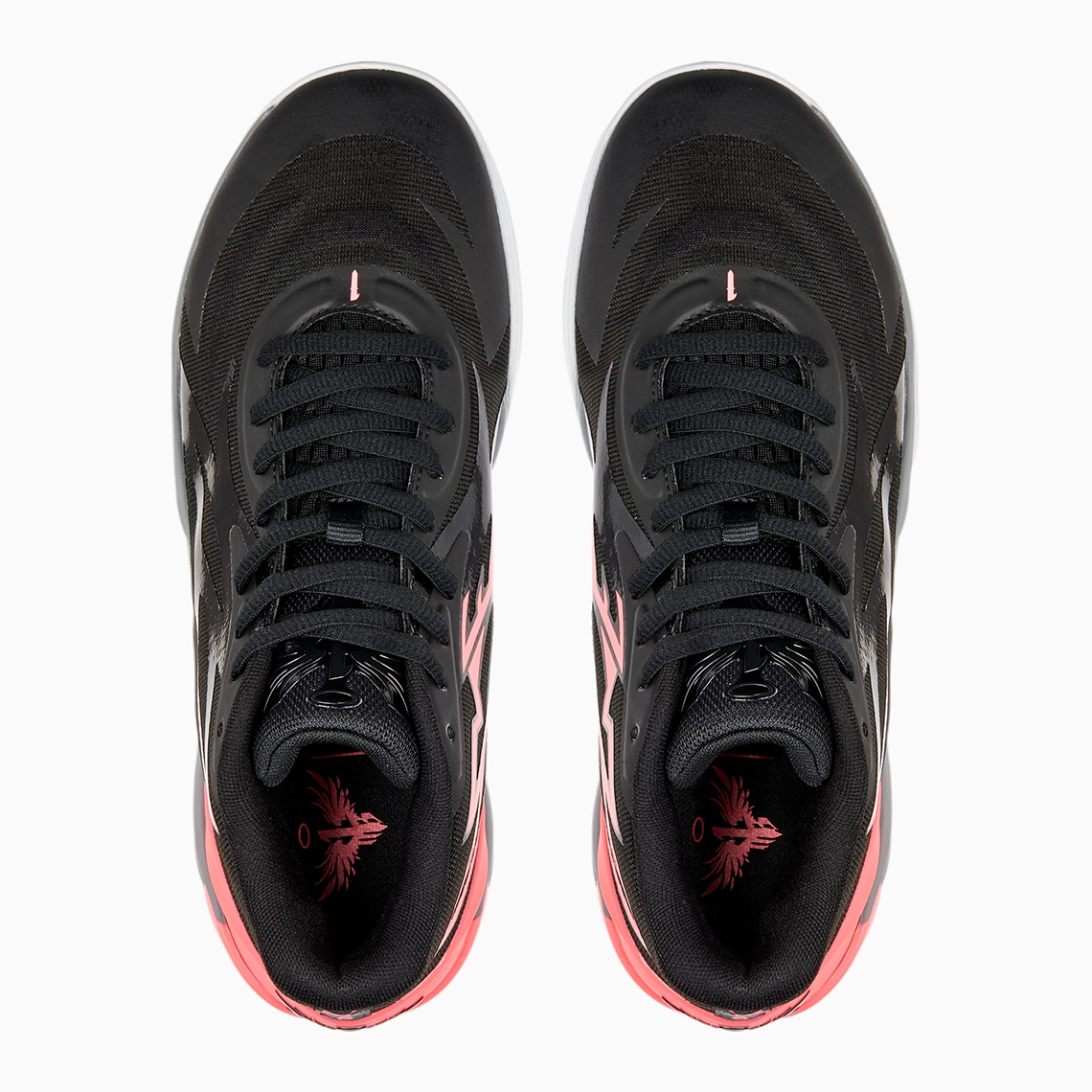 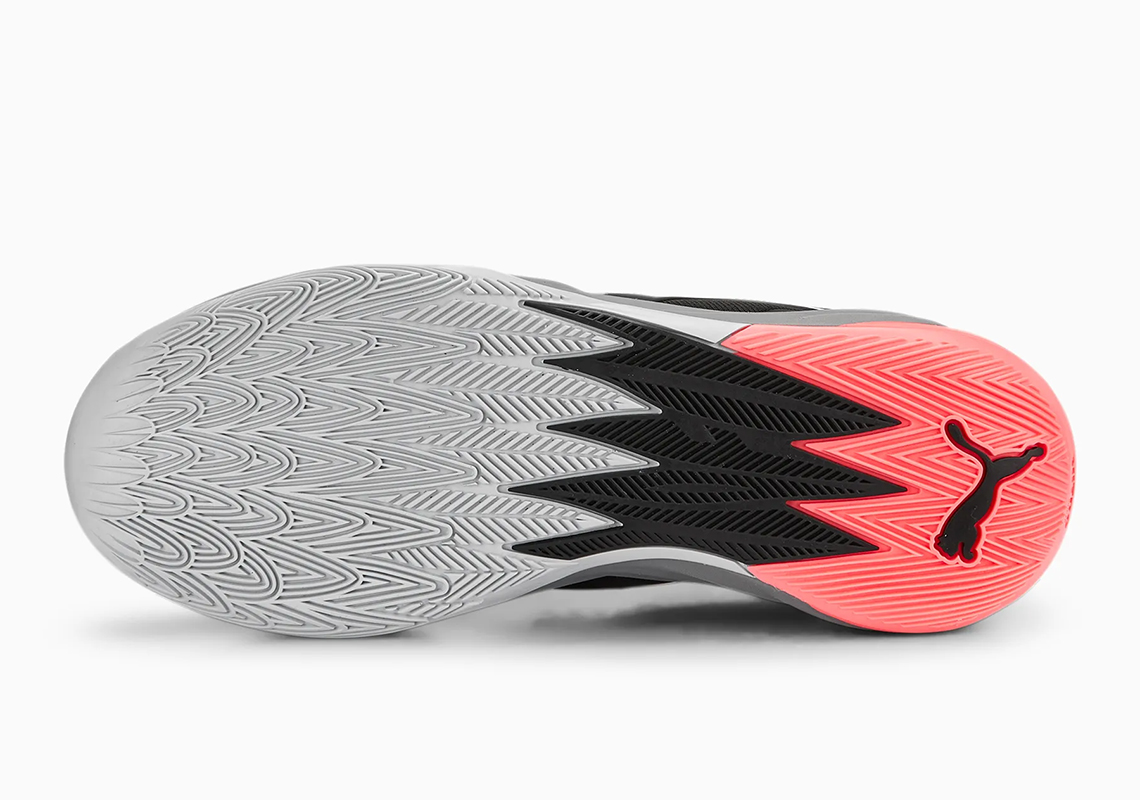