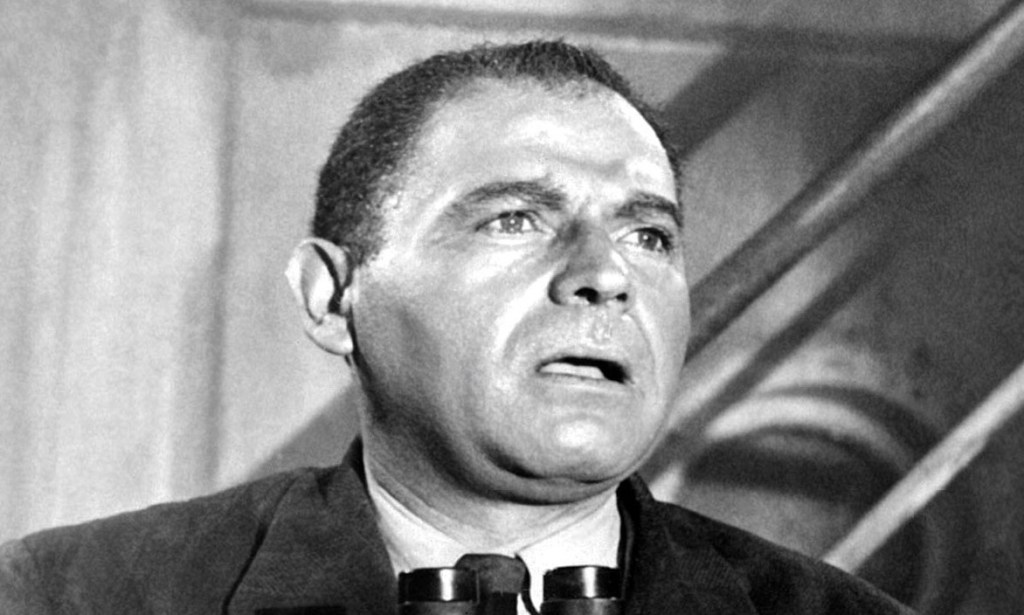 Nehemiah Persoff, an actor who went from the uncredited role of a cab driver in On The Waterfront‘s iconic “coulda been a contender” scene to become one of the busiest character actors in television and film for five decades, died Tuesday at a rehabilitation facility in San Luis Obispo, California. He was 102.

Persoff had retired from acting in recent decades after suffering a stroke and other health issues. His death was reported to Deadline by a family friend authorized to speak on behalf of his four children.

Born in Jerusalem, Palestine, Persoff and his family moved to the United States in 1929, and after serving in the U.S. Army in World War II he relocated to New York to pursue a career in theater. He became a member of the famed Actors Studio in the late 1940s, studying with Elia Kazan, who would pay him a reported $75 to play the silent cab driver in Waterfront.

Persoff was also performing in small roles on television during the early 1950s, a career that would flourish in the years to come. A small sampling of his early TV roles included such shows as Goodyear Playhouse, The Philco Television Playhouse, Appointment with Adventure, Armstrong Circle Theatre, Kraft Theatre, The United States Steel Hour, The Twilight Zone, Alfred Hitchcock Presents and Playhouse 90.

Subsequent decades brought roles on scores of television series, making Persoff one of the most recognizable character actors of the 1960s, ’70s, ’80s and into the ’90s. A selection of titles includes The Untouchables, Naked City, Rawhide, Burke’s Law, The Big Valley, I Spy, The Wild Wild West, Mission: Impossible, Land of the Giants, The Magical World of Disney, Mod Squad, Love, American Style, Gunsmoke, Marcus Welby, M.D., Baretta, The Six Million Dollar Man, McCloud, Little House on the Prairie, TV miniseries The Word, Hawaii Five-0, Barney Miller, Scarecrow and Mrs. King, Star Trek: The Next Generation and Chicago Hope. He played Leonid Brezhnev in the 1983 miniseries Sadat, and in 2003, he came out of retirement to appear uncredited as a rabbi, along with Tony Kushner and Maurice Sendak, in a scene of the HBO miniseries adaptation of Kushner’s Angels in America.

On the film side, Persoff had roles in Humphrey Bogart’s final film The Harder They Fall (1956), and in following decades appeared in The Wild Party, Some Like It Hot, The Greatest Story Ever Told, Voyage of the Damned and Twins. He voiced Papa Mousekewitz in 1986’s An American Tail, and in perhaps his most indelible film role played Reb Mendel, the father of Barbra Streisand’s title character of Yentl (and the subject of the film’s best known song “Papa, Can You Hear Me”).

Persoff was preceded in death by wife Thia, who died last year of cancer.  He is survived by children Daniel, Jeff, Perry and Dahlia, several grandchildren and nieces and nephews.