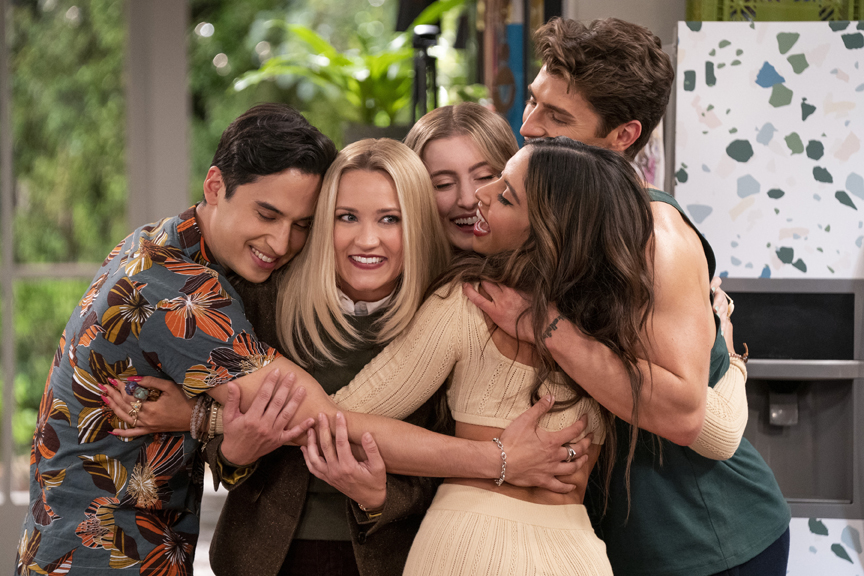 It’s one and done for Netflix’s Pretty Smart. The multi-camera comedy series from Jack Dolgen, Doug Mand and Kourtney Kang will not return for a second season, we have confirmed.

Pretty Smart starred Emily Osment as Chelsea a high-brow, Harvard-educated intellectual and aspiring novelist — who after getting unexpectedly dumped by her boyfriend was forced to move in with her bubbly, carefree, not-so-intellectual West Coast sister, Claire (Olivia Macklin), and her three lovably eccentric, not-so-intellectual roommates: Grant (Gregg Sulkin), a distractingly handsome personal trainer, Solana (Cinthya Carmon), a former lawyer turned healer, and Jayden (Michael Hsu Rosen), a social media influencer. But Chelsea’s tough, sometimes judgemental exterior started to soften as she got to know her new friends, and they began to form an unlikely found family.

News of the cancellation came shortly after we reported that Osment had been promoted to series regular on CBS’ Young Sheldon.

The cancellation was first reported by TVLine.