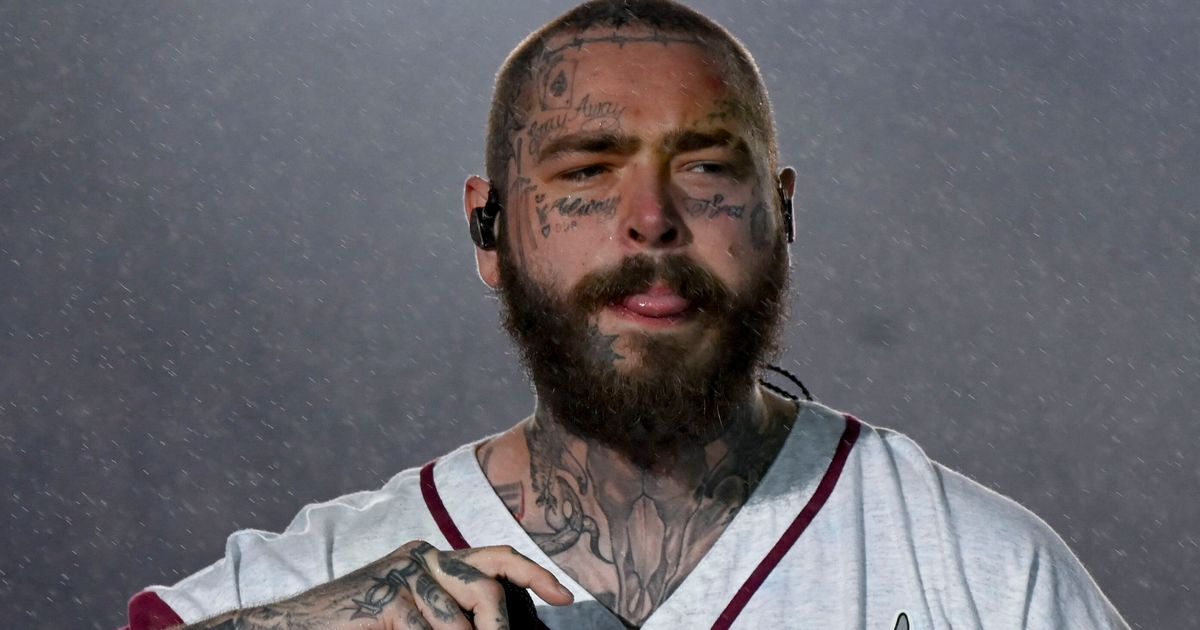 Rapper Post Malone postponed a concert Saturday night in Boston, advising fans 30 minutes before he was due to start that he had been hospitalized.

“On tour, I usually wake up around 4 o’clock PM, and today I woke up to a cracking sounds on the right side of my body,” the 27-year-old, whose full name is Austin Richard Post, wrote in an Instagram story.

“I’m having a very difficult time breathing, and there’s like a stabbing pain whenever I breathe or move,” he continued. “We’re in the hospital now, but with this pain, I can’t do the show tonight.”

The venue, TD Garden, had announced moments earlier that the show was canceled “due to unforeseen circumstances” and said guests should hold on to their tickets for a new date.

On Sept. 17, a week into his “Twelve Carat Tour,” Malone fell through an onstage hole while performing in St. Louis. He continued the show after he was examined by medics. His manager said later the musician was hospitalized and that X-rays showed he had bruised his ribs.

Malone later posted a video on Twitter saying that “everything’s good” and that he had been prescribed pain medication.

He performed Friday in Boston as scheduled.

The rapper said in his latest post that tickets to Saturday’s show would be valid for a rescheduled concert. He said he felt “terrible, but I promise I’m going to make this up to you.”