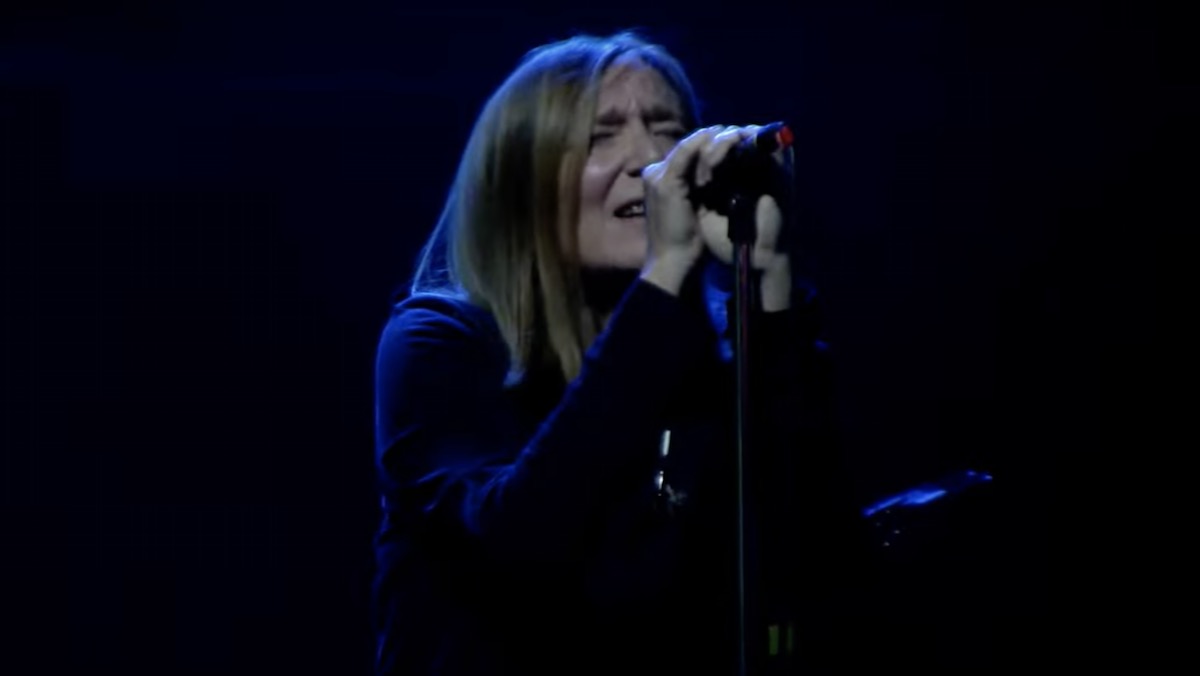 A variety of local heroes turned out for the UK’s “Help! A War Child Benefit Concert” at Bristol’s O2 Academy on Monday night – but it was the city’s twin bastions of loud and quiet rebellion who stole the show.

With all donations from the night contributing to the unfolding crisis in Ukraine – alongside match-funding from the UK government – the concert offered an opportunity for the bands on show to nail their colors to the evening’s philanthropic mast in style. Alongside Portishead and IDLES, the lineup featured Katy J Pearson and Heavy Lungs.

It’s worth remembering that Bristol was the English city whose residents dumped the statue of slave trader Edward Colston in their harbor in the summer of 2020, leading to an international debate that rippled across the US and beyond about whose names are immortalized in bronze in public spaces. As such, while the focus of the night’s proceedings naturally remained on message with the agonizing situation developing in Ukraine, it was perhaps unsurprising that the almost entirely local lineup – headed up by reclusive legends Portishead and modern rock luminaries IDLES – veered into more intersectional territory.

For Portishead, playing their first live show in seven years, the music was mostly allowed to speak for itself. Across a tantalizingly brief 30-minute set, original members Beth Gibbons, Adrian Utley, and Geoff Barrow captivated the O2 Academy’s 1600-strong audience from the get-go with a setlist entirely comprised of songs from 1994’s Mercury Prize-winning debut Dummy and 2008 comeback Third.

Fortunately for fans who’d waited a decade or two to hear those albums played live, opening number “Mysterons” confirmed that Gibbons’ voice had somehow barely changed since the mid-90s, a miracle reaffirmed by “Wandering Star” and the emotionally charged conclusion of “Roads” (“We’ve got a war to fight…”). In between, later singles “Magic Doors” and “The Rip” blended effortlessly into the set, with the former’s abrasive sax solo and the latter’s synth arpeggio proving equally effective at teasing the night’s crowd into rapturous applause.

While Barrow valiantly endured the audience’s wrath by announcing the band’s final song, Gibbons remained firmly hunched over her fold-out chair throughout the set – though it barely mattered as she knocked out one vocal masterclass after another. In the stakes of rarely-seen British singers of cult alternative bands, it’s hard to look beyond former Cocteau Twins singer Elizabeth Fraser as her only competition.

Nonetheless, there was a significant contingent of the crowd who primarily showed up to see IDLES. After the twilit hush of Portishead, punctuated only by ripples of applause and the occasional misjudged attempt to emulate Gibbons’ falsetto mid-song, the world-conquering five-piece were as loud about the evening’s charitable cause as you might expect.

Dressed in black trousers and a short-sleeved white shirt that suggested he may have just wrapped up an additional shift as a bus driver, singer Joe Talbot veered between the empathic and the vitriolic as in his between-song missives as readily as he does in his music. 2021 album Crawler formed over a third of the set, and the frontman rarely missed an opportunity to lay blame at the UK’s incumbent Conservative government – not least on “Mother”, reminding listeners that “the best way to scare a Tory is to read and get rich”.

Nonetheless, even rock ‘n’ roll idols get nervous now and then. “I don’t normally look so serious,” Talbot admitted to the crowd after “The Wheel”, “but there’s something so fucking terrifying about sharing a stage with Portishead. I just want to be vulnerable with you right now and say I never want to go on stage after my heroes ever again.”

The focus of the evening never vanished. As the night’s entertainment drew to a close, Moscow was reportedly planning to annex Donetsk and Luhansk, while the European Union prepared to sanction Russian oil. The victims remain elsewhere, the extraordinary amount of money raised a temporary balm to a deeper political fracture.

As IDLES paid tribute to their close friend and Ukrainian immigrant Danny Nedelko towards the end of their set – the subject of the band’s 2018 song of the same name, and frontman of tonight’s opener Heavy Lungs – it was apparent that the night’s quiet and loud highlights both ultimately accomplished the same goal. “This is an anti-fascist song for anti-fascist folk,” Talbot announced before closing track “Rottweiler,” the line carved ever-clearer in the sand.