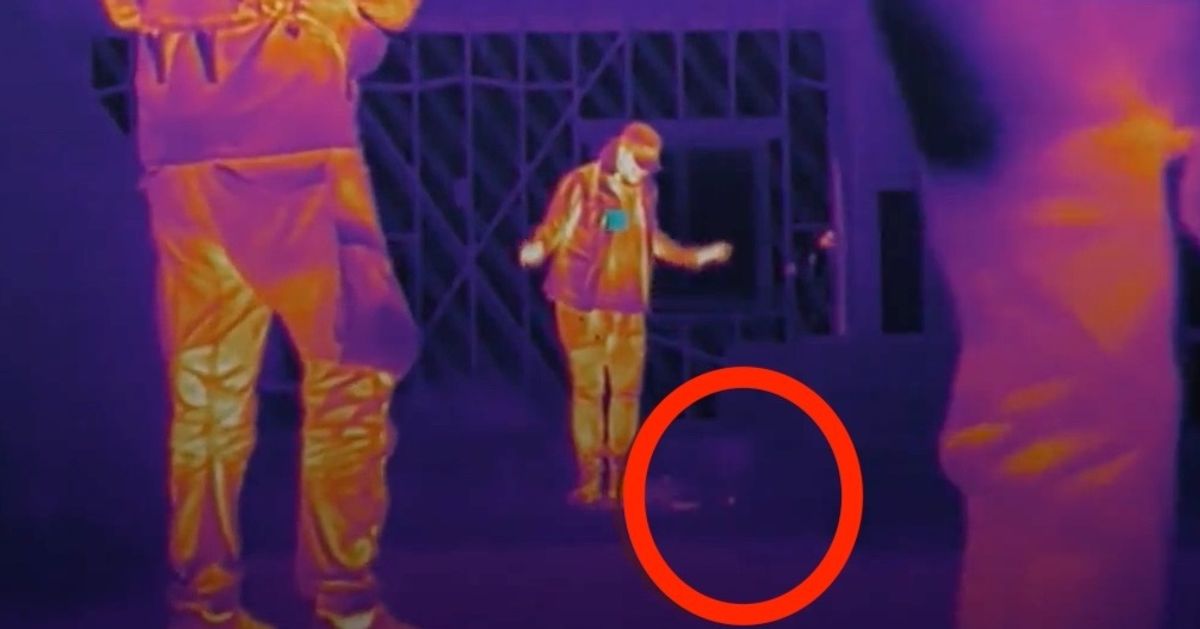 New footage from “Ghost Adventures” released just in time for Halloween shows what the team believes to be not just evidence of paranormal activity, but an object being tossed at them from some other world.

The exclusive clip, above, was filmed at the infamous “Los Feliz Murder House” in California.

Host Zak Bagans and his team had just conducted an ancient Sumerian ritual meant to open “gates” to the other side.

Someone… or something… then tosses a rock into their circle.

“We believe that this is an apport, which is an object that arrives suddenly, coming from the doorway of another dimension,” Bagans said in the clip. “This is one of the most incredible poltergeist pieces of evidence that we have ever captured.”

The home has been something of a macabre local landmark for years. No one has lived there since the Dec. 6, 1959 killing.

“Decades ago, a doctor brutally killed his wife, tried killing his children, then killed himself,” Bagans explained on Twitter. “And nobody knows why he went mad and did this but a lot of people including myself speculate that something very dark, something very evil, in that mansion began to affect him.”

Bagans called the footage from the investigation “one of the most powerful pieces of visual evidence that we have ever captured in the history of ‘Ghost Adventures.’”

The segment is set to air Thursday night on the Travel Channel and stream on discovery+. The episode is the second of two parts on the Los Feliz Murder House, with the first part streaming now on discovery+.

The house is currently on the market for $5.5 million.