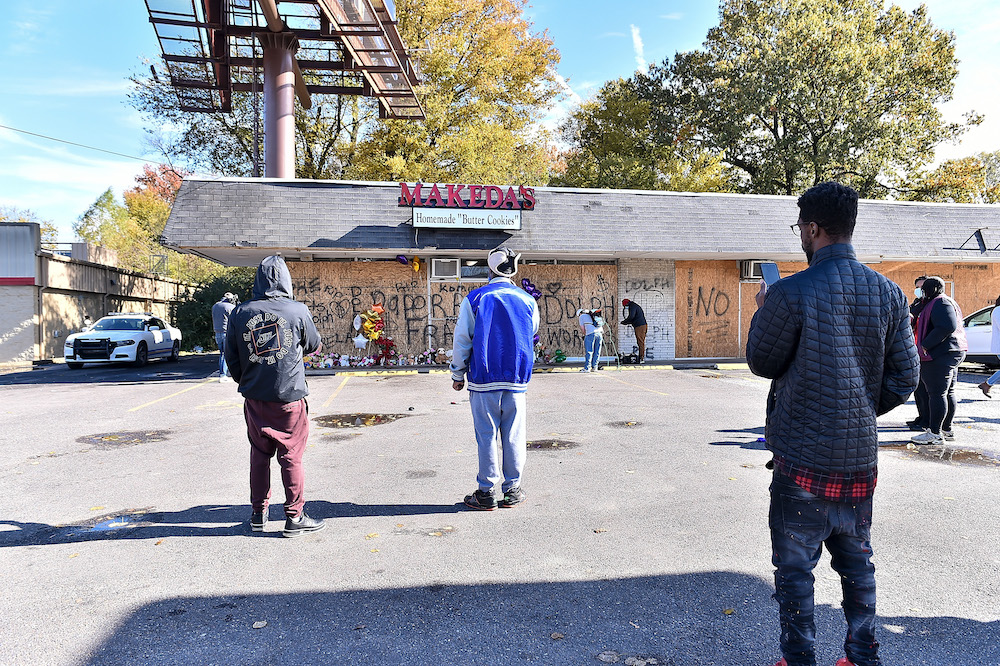 Memphis police have released pictures of suspects in the murder of Memphis rapper Young Dolph. Very shortly after, a man was shot at a memorial outside of Makeda’s Butter Cookies, where Dolph, born Adolph Robert Thornton, Jr., was shot and killed on Wednesday.

According to ABC24, three people have been detained in the most recent shooting. Police say the man who was shot was taken to the hospital and is in a non-critical condition.

Regarding the suspects in the Young Dolph case, law enforcement said that video showed two people exiting a white two-door Mercedes Benz armed with guns. They approached Dolph inside the shop, shot him several times, then took off. Police are asking that anyone with information call Memphis Crime Stoppers at 901-528-CASH.