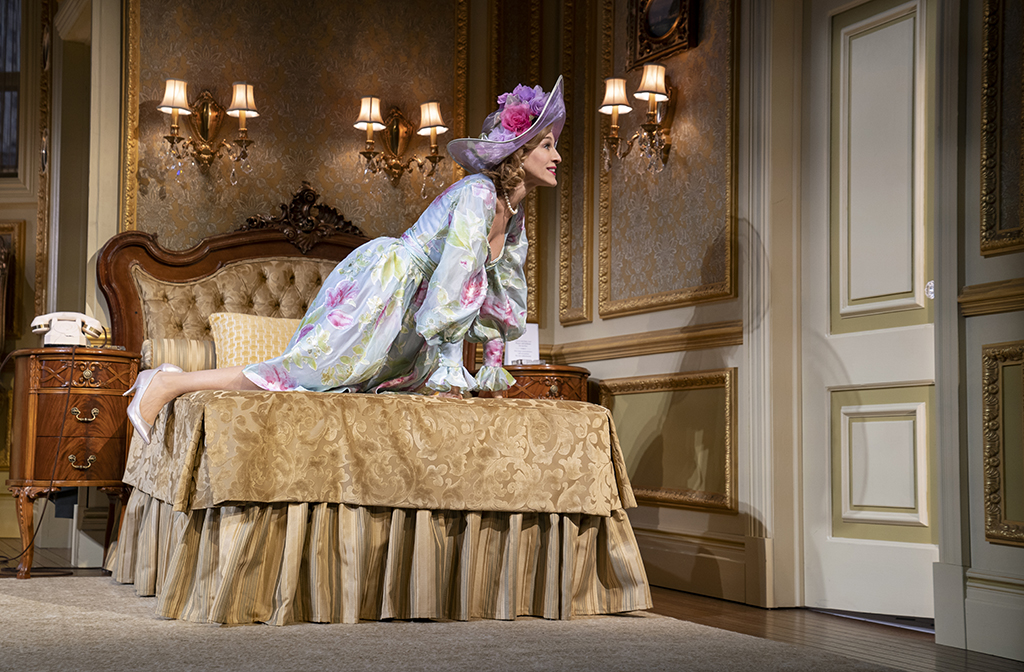 When the Broadway community takes the stage for the 75th Annual Tony Awards on June 12, legendary costume designer Jane Greenwood will once again play a starring role in the big night.

The artist has been a mainstay on Broadway for five decades, and has designed for more than 130 productions — most recently “Plaza Suite,” the Neil Simon revival starring power couple Sarah Jessica Parker and Matthew Broderick. (The show, which has seen robust ticket sales, opened in late March and recently extended its run to July 10.)

Greenwood nabbed the play’s only Tony nomination, for best costume design. And she relished the chance to work with Parker, decades after they first teamed up in the play “Sylvia” in 1995. (SJP played a dog.)

For “Plaza Suite,” Greenwood immersed herself in the late 1960s period the play is set in. “I have a big collection of magazines from different periods and take as much information as I can get,” Greenwood said, adding that studying the fabrics of the era was key. “Fabrics have disappeared,” she lamented.

Finding the right colors was also crucial — like the maroon hue of the polka dots in the blouse Parker wore as Karen Nash in “Visitor from Mamaroneck,” the first of three distinct plays. It explores the trials and tribulations of a couple whose marriage is falling apart. “I didn’t want the polka dots to be black and white. That maroon shade was quite popular then,” Greenwood said.

While the fashion in the first play is somewhat more subdued to match the melancholy mood, the second act — which involves a meeting between movie producer Jesse Kiplinger and his old flame Muriel Tate — brings out a different aesthetic.

“Muriel is a whole other character. I knew it would be a nice surprise when she opens her blue raincoat and has that wild dress on,” Greenwood said, noting that she copied a Simplicity Pattern for the design and paired it with black tights. “We all loved tights in that period, and they became very big,” she said. To complete the look, Greenwood added a headband and striking black leather gloves.

As for Broderick, he loves wearing the orange coat during his turn as Jesse, according to Greenwood. “Matthew loves putting that jacket on,” she said.

In the third play, “Visitor from Forest Hills,” Roy and Norma Hubley hilariously navigate their daughter Mimsey’s wedding day after she locks herself in the suite’s bathroom. Greenwood’s look for Norma is quintessential mother-of-the bride with pastels, big florals and an oversized hat that steals the show.

As for the shoes in all three plays, they had to be perfect for the shoe queen — although these weren’t sky-high Carrie Bradshaw heels. Parker turned to her SJP Collection factory in Italy to help craft what Greenwood called “shoes that are very close” to the period’s looks. “They were simple enough to look like a nice high heel, but she could move around. They’re comfortable.” Greenwood said. “The factory was enormously helpful.”