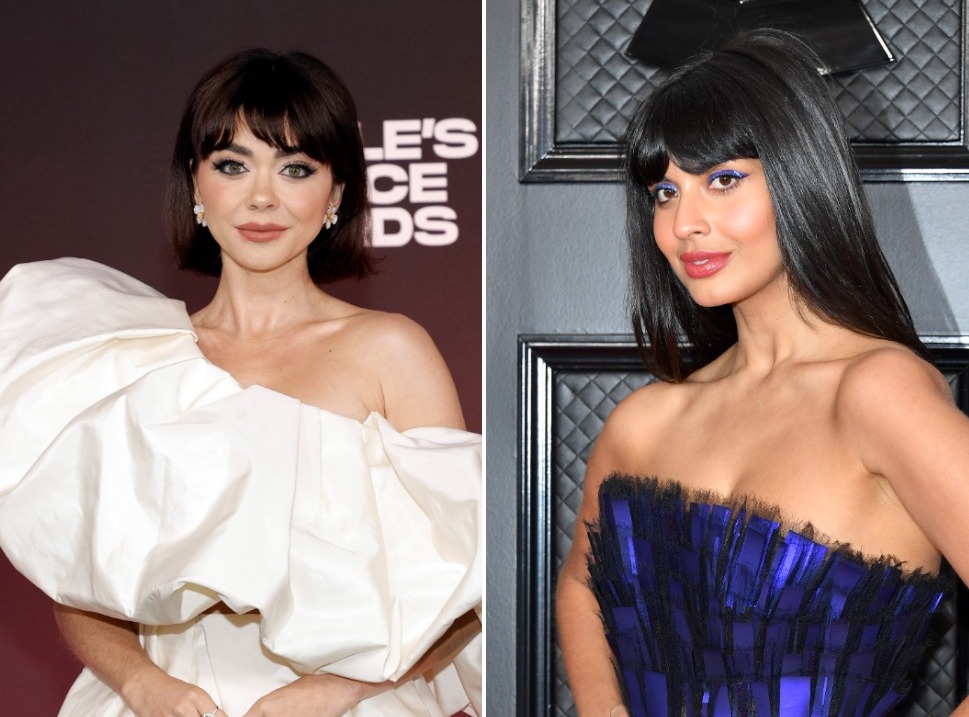 Peacock / Universal Television is currently developing a TV spinoff of the Pitch Perfect franchise, with the films’ Adam Devine (Bumper Allen) and Flula Borg (Piëter Krämer) reprising their roles. Per Deadline, Modern Family‘s Sarah Hyland, The Good Place‘s Jameela Jamil, and Pitch Perfect actress/model Lera Abova have been cast in the series, which is about to start production in Berlin.

The show will follow Bumper Allen “as he moves to Germany to revive his music career when one of his songs becomes big in Berlin.” Hyland is set to play Heidi, “Piëter and Bumper’s cheery and slightly odd American assistant” who “secretly harbors dreams of being a singer-songwriter herself and moonlights by performing original songs in a Berlin cabaret.” Abova, meanwhile, plays Piëter’s sister, a “prominent Berlin DJ and music producer” who “performs” in clubs all over the city as DJ Das Boot.”

Jamil, who is in a relationship with James Blake and has historically been a polarizing figure in the music community, is set to play Gisela, “a bombastic and flashy up-and-coming German pop star who is Piëter’s ex-girlfriend and Bumper’s main rival at the German Unity Day concert.”

The show is executive produced by Elizabeth Banks, who also starred in and produced the films and directed the second Pitch Perfect film.

And in related Peacock comedy/casting news, noted Turnstile fan Demi Lovato has stepped down from their acting role in the upcoming project Hungry just as it was set to start production. Lovato and manager Scooter Braun remain executive producers. The role will be recast. The show follows a group of friends belonging to “a food-issues group who help one another as they look for love, success, and the perfect thing in the fridge that’s going to make it all better.”