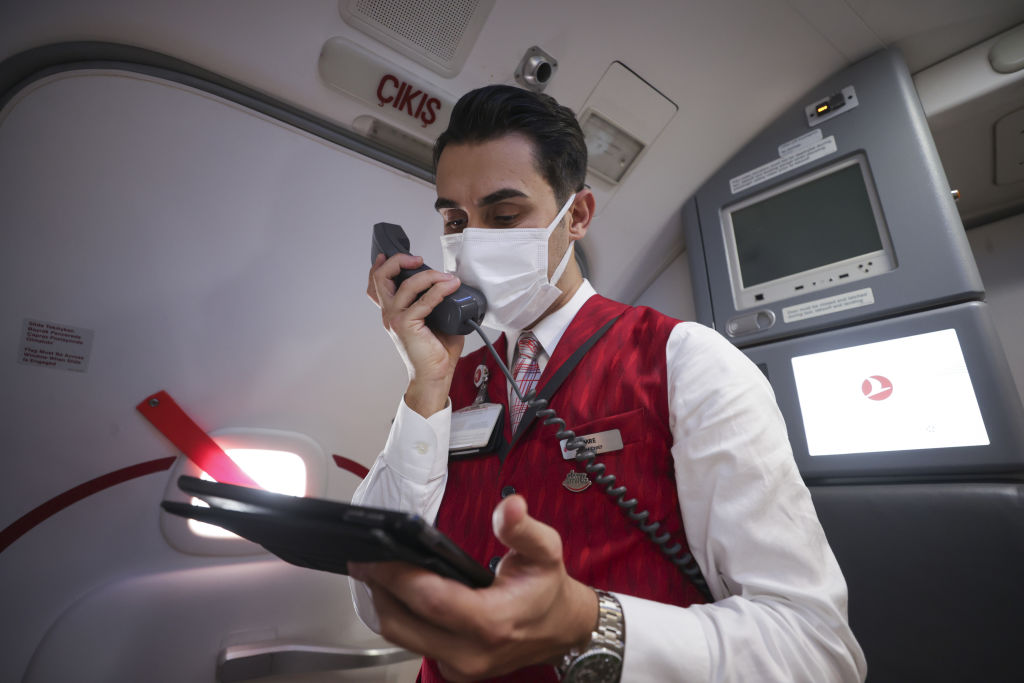 An airplane pilot threatened to end a commercial flight after warning passengers to stop sending him nudes via the iPhone AirDrop feature, according to a hilarious video posted to TikTok.

The pilot, who was not identified but works for Southwest Airlines, was helming a flight to Cabo San Lucas, Mexico when he took to the plane’s intercom and told passengers he would be returning the craft to its departure gate if they didn’t stop sending the racy photos to him.

iPhone users can send digital files like photos through AirDrop to other Apple products in close proximity, without the need for Wi-Fi or cellular data.

The clip has already garnered over 2.7 million views by Wednesday after being shared by TikTok user @TeighMars last week.

“So you folks, whatever that AirDrop thing is, quit sending naked pictures, and let’s get yourself to Cabo,” ordered the pilot.

The airlines told the New York Post that “the safety, security and wellbeing of customers and employees is (our) highest priority at all times.

“The safety, security and wellbeing of Customers and Employees is the Southwest Team’s highest priority at all times. When made aware of a potential problem, our employees address issues to support the comfort of those traveling with us.”

Social media had a field day with the trending topic, with many supporting the pilot’s decision to shut down the tomfoolery.

“Pilot had ‘Don’t make me turn this plane around!’ energy Love it!” one person posted followed by a series of laughing emojis.

However, not everyone was as amused with the passengers’ stunt, with another person commenting “people need to stop doing this stuff on airplanes.”

“The Captain is in charge. He gave a fair warning. People need to stop doing this stuff on airplanes,” wrote another commentator.

The Post reported that last week’s incident is one of at least two recent occurrences where someone has AirDropped sexually explicit photos onto a Southwest Airlines flight.

In June, police escorted a male passenger off the aircraft after he uploaded a nude photograph to AirDrop.