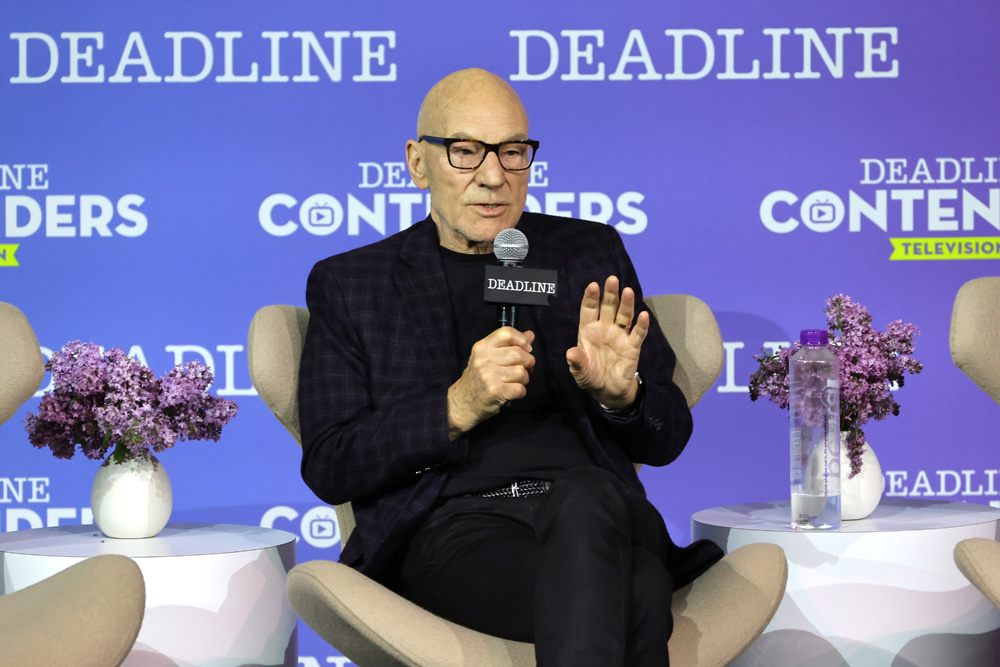 “My approach to my work has undergone significant changes in the last few years,” Stewart explained during Deadline’s Contenders Television panel for the series. “And it has changed and developed because I’ve come to trust Patrick Stewart more than I used to and find that my instincts, my impulses, my feelings and emotions are authentic.”

The veteran actor said that, after decades of resistance, he now accepts that “Jean-Luc Picard is Patrick Stewart, and I am him. There is no separation anymore. I used my life continually when we were shooting Season Two and Three of Picard, and I’m no longer afraid of doing that, which at one time in my career I would have been. But not anymore. I feel I have something to say, and I can only say it through the performances that I give.”

In terms of his approach to his role, Stewart said the first seeds of possibility were planted when executive producer Alex Kurtzman, the guiding figure of the current Star Trek television franchise, first suggested that Picard’s evolution might mirror Stewart’s own.

“He said ‘It’s over 30 years since you were last Jean-Luc Picard,” Stewart revealed. “You’ve probably changed somewhat in that time in those 30 years: different opinions, different feelings, maybe even ways of working. Well,’ he said, ‘maybe that’s happened to Jean-Luc as well’…I was caught up by that. How do I, how do I be convincing that 25-30 years have passed, and this is not the same Jean-Luc that we all came to know and, some of us, to love.”

Stewart also discussed taking on a more hands-on role behind the scenes than he’d previously held on his prior Star Trek: The Next Generation series and films. “I was involved up to here,” he said. “I had, for the first time, an executive co-producer title attached to my name, and I was consulted. People were very, very generous and we talked about everything.”

Ultimately, the actor helped chart an unexpected course for the role that would inform three seasons of the Paramount+ streaming series that would challenge both the character and himself. “Picard had to face a reality about his childhood and his home life and his parents that he had never ever faced before. Why? Because he was afraid, and an afraid Jean-Luc is a pretty rare creature, but to have that undercurrent of unexpected emotion running through Season 2, and coming to a climax of course in Season 3, was very satisfying.”

Stewart also revealed that shooting Season 3 immediately following Season 2, he’d already shared scenes with his longtime TNG cast mates, who were recently revealed to be joining him in the forthcoming final season.

“I’m with Gates [McFadden] and Marina [Sirtis] and Jonathan [Frakes] and Brent [Spiner] and LeVar [Burton] and Michael [Dorn], and those days have been wonderful,” he reported. “I think it’s hard for the directors because we fool about so much! And it was always like that – I mean, you’ve probably heard that famous thing that I said it during our first season when somebody said, ‘Patrick, we’ve got to have some fun,’ because I was complaining about the disruptions and the noise, and I said ‘We are not here to have fun!’”