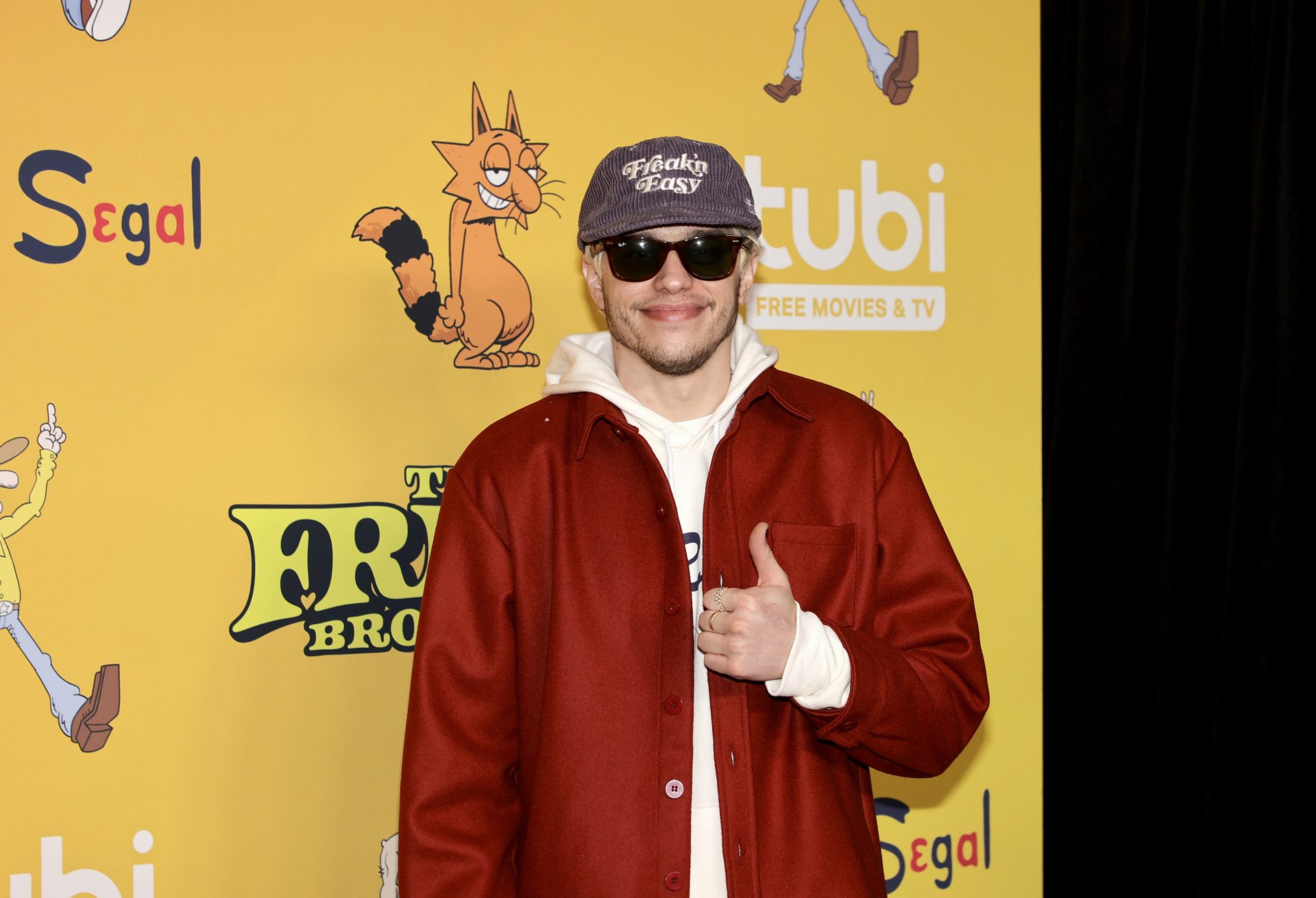 Well, it looks like Pete Davidson is getting to know Kim Kardashian’s little ones after months of a reported relationship. At least, that seems to be the case with Kim’s oldest child North West. According to TMZ, Northie was captured on film on a neighborhood drive with Pete and her cousin Penelope Disick. This comes after Kanye West publicly declared his disapproval in February of Pete meeting the former couple’s four children North, Saint, Chicago and Psalm.

Apparently, the short clip was filmed on Sunday inside Scott Disick’s alleged gated neighborhood. The footage is slightly blurry. However, North’s head is seen near Pete’s as he drove the neon pink, electric MOKE car.

Folks online have debated whether Northie is sitting on Pete’s lap during the ride. However, we are not able to confirm where exactly North is seated, given the distance and quality of the video.

The neighborhood spin reportedly lasted about 30 minutes from 5 p.m. local time to 5:30 p.m. Penelope is not pictured in the clip, however TMZ says they were told Scott Disick and Kourtney Kardashian’s daughter was present in the car.

This comes more than two weeks after Pete made a cameo appearance on Kimmy’s Instagram account. One week after a judge ruled that Kim and Kanye were no longer legally married, Kim posted several images of the couple dressed to the T and goofing off. It was the first time the billionaire influencer and entrepreneur shared images of Pete after months of paparazzi coverage of their apparent dates.

Not even days later, Kanye took to Instagram to blast Kim for allegedly not allowing their children to attend his Sunday Service. During the call-out, he mentioned his disagreement with Kim on North’s TikTok presence. But, he also mentioned Pete’s reaction to his request.

“Kim is literally the best mother I’ve ever met. What she does for those kids is amazing and you are so fu**ing lucky that she’s your kids mom.”

It’s unclear whether Sunday’s car ride was Pete’s first time meeting North. But, from his text exchanges with Ye, it sounds like Petey is very familiar with Kimmy’s parenthood life.

If you’ll recall, Kanye previously made it clear that he doesn’t approved of Pete meeting him and Kim’s four children. Kanye, who’d been referring to the comedian as Skete, targeted Pete in a series of February Instagram posts. In one post, he shared an image of Pete and Machine Gun Kelly. Pete is seen sitting on his knees on a couch with his mouth open as a standing MGK poured food contents into Pete’s mouth.

Ye also shared an alleged text message from Pete. Though the screenshot cut the text on both ends, some words are still visible. One line in particular appeared to suggest that Pete said, “how you guys go about raising your kids is your business and not mine.” The follow-up sentence seemed to be “I do hope one day I can meet them and we can all be friends.”

Kanye’s caption for the photo and text screenshot said, “NO YOU WILL NEVER MEET MY CHILDREN.”

As of Tuesday evening, Kim, Pete nor Kanye have responded to the circulating neighborhood drive clip initially posted by TMZ.