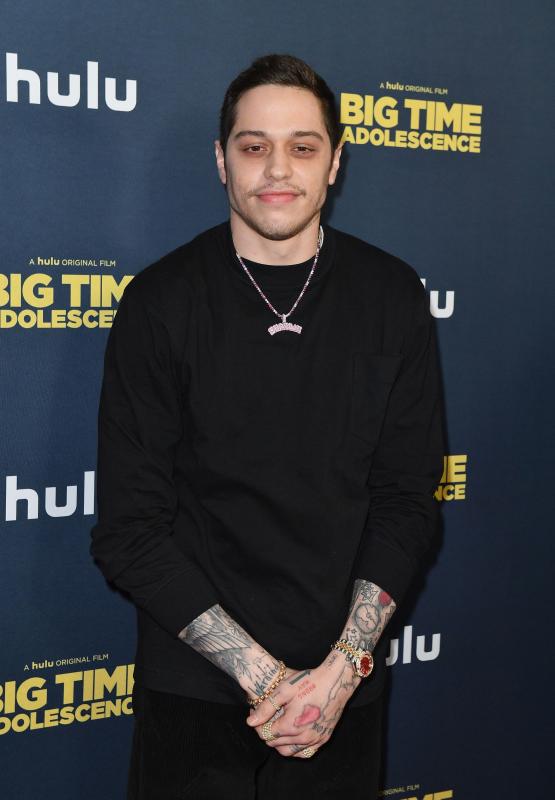 Pete Davidson is no longer going to space on Jeff Bezos’s Blue Origin.

“Pete Davidson is no longer able to join the NS-20 crew on this mission,” the tweet continued. “We will announce the sixth crew member in the coming days.”

The “Saturday Night Live” comedian, 28, was originally tapped to join the flight, which would have made him the third celebrity to join one of Blue Origin’s human flight missions after “Star Trek” actor William Shatner and “Good Morning America” host Michael Strahan.

Aside from Davidson’s professional endeavors (he’s lately been absent from “SNL” while filming horror thriller film “The Home”), his personal life has kept him in plenty of headlines.

Amid reality star Kim Kardashian’s high-profile split from rapper Ye (formerly known as Kanye West), reports emerged that she began dating Davidson after hosting “SNL” in October. Ye has made his disdain for his ex-wife’s new boyfriend evident on social media and, earlier this month, debuted a music video that shows Ye killing Davidson as he reflects on his divorce and custody battle.

In a since-deleted Instagram post defending the video, Ye said artistic expression is therapeutic and “protected as freedom of speech.”

“Art inspires and simplifies the world,” the “Donda” rapper wrote. “Art is not a proxy for any ill or harm. Any suggestion otherwise about my art is false and mal intended.”

On Wednesday, Instagram suspended Ye for 24 hours and deleted some content from his profile for violating the company’s hate speech, bullying and harassment policies. In one of the removed posts, Ye used a racial slur in a reference to South African comedian Trevor Noah.

Meanwhile, Davidson and Kardashian made their relationship Instagram-official over the weekend: Kardashian, 41, shared a series of photos on social media, including a shot of Davidson lying on the ground and gazing up at a sitting Kardashian. In a clip from Kardashian’s appearance on “The Ellen DeGeneres Show,” the reality TV star revealed Davidson had the name “Kim” branded on his chest in her honor.

“He’s like, ‘I don’t want to be able to get rid of it or cover it up. I want it there as a scar on me,’ ” she said, noting that a branding isn’t removable like a tattoo.

Pete Davidson got Kim Kardashian’s name branded on his chest ‘as a scar,’ she says

There is also mention of Davidson in the first trailer for the upcoming Hulu reality show, “The Kardashians,” which debuted Monday, a month before the show begins streaming.

“This is a relationship that I don’t think anybody saw coming,” Kardashian’s mother, Kris Jenner, says as a clip rolls of Kardashian and Davidson kissing during her “SNL” appearance.

In one interview, Kardashian is shown texting as an off-camera producer asks: “Who are you texting, Kim? Does his name rhyme with ‘feet’?” Kardashian laughs without looking up from her phone.

Pete Davidson, Machine Gun Kelly, Travis Barker and the obsession with their relationships