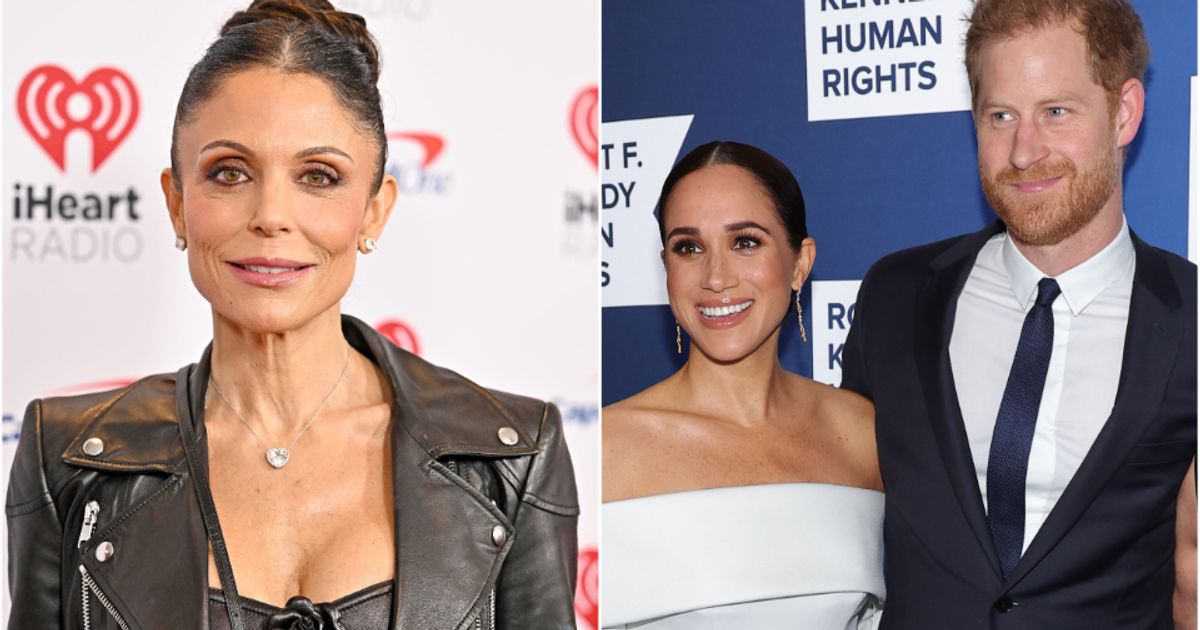 The reality TV star shared her disapproval of Meghan and Prince Harry’s Netflix series “Harry & Meghan,” which she called “boring,” in a video posted on TikTok on Monday.

“It felt like this entire documentary was about how famous we are, ‘we’re so famous, it’s relentless,’” she said. “When you’re in a car, and you say you’re going garage to garage… it feels like you really just want us to know how famous you are, which we do already know.”

She continued, “If you’re being trolled by the media, the royal family gave you the advice to say nothing because that’s the advice that most very famous people are given. If you add gasoline to the fire, the fire blows up even bigger.”

She later accused the Duchess of Sussex of wanting the fame that came with becoming a royal and the opportunity to form friendships with other celebrities, such as Amal and George Clooney.

“It doesn’t seem like someone who doesn’t want attention,” she said.

The former “Real Housewives of New York City” star also said that how the couple handled their decision to step back from their roles as senior royals felt like a “smash and grab job for money.”

“It seems like she’s someone who entered into the monarchy and wanted to be in the leading role, and that role was already taken by Kate,” Frankel said about Meghan, later adding that she believed the documentary was “meant to garner sympathy.”

“The person obsessed with fame and keeps reminding us how famous she is is Bethenny,” one Twitter user tweeted. “No one will remember who she is years from now, but the world will always remember Meghan Markle, and that is what bothers her. Jealousy is a heck of a disease.”

“Harry and Meghan, thank you for the ratings and for the free rent space they take up in your mind,” another user tweeted.

When TV host Andy Cohen asked Twitter users to post questions they would have wanted Cohen to ask Frankel ahead of her appearance on “Watch What Happens Live” earlier this month, several users asked about Frankel’s apparent disdain for Meghan.

“Bethenny, why do you hate Meghan Markle so much?” one Twitter user asked. “You seem unhinged by the fact that the Duchess draws breath.”

“To Bethenny — why do you have a problem with Black women expressing their experiences dealing with racism in different spaces?” asked another. “What’s your problem with #Meghan Markle? Leave her alone.”

Back in September, Frankel called Meghan “sanctimonious” during an episode of her podcast, “Just B with Bethenny Frankel,” Entertainment Tonight reported.

In May 2021, Frankel slammed Meghan ahead of her and Prince Harry’s bombshell interview with Oprah Winfrey, telling her: “Cry me a river.”

“The plight of being a game show host, fairly unknown actress, to suffering in a palace, w tiaras & 7 figure weddings for TWO WHOLE YEARS to being a household name w @Oprah on speed dial, fetching 7 m for interviews, hundreds of millions in media deals,” she tweeted, later adding that Prince Harry, however, was exempt from the criticism.

Frankel received swift backlash for her remarks at the time, with people calling out the reality star’s refusal to understand what it has been like for Meghan to endure racist attacks and online abuse during her time as a senior royal.

The “ROHNY” alum later walked back her criticism of Meghan, calling herself a “polarizing” and “unfiltered” person.

“I watched M & H sit down. Emotional distress & racism must feel suffocating & powerless,” she wrote. “I’m a polarizing, unfiltered (often to a fault) flawed person w a voice. When I heard of the interview during a pandemic, it felt like a surprising choice. I’m sorry if it hurt or offended you.”