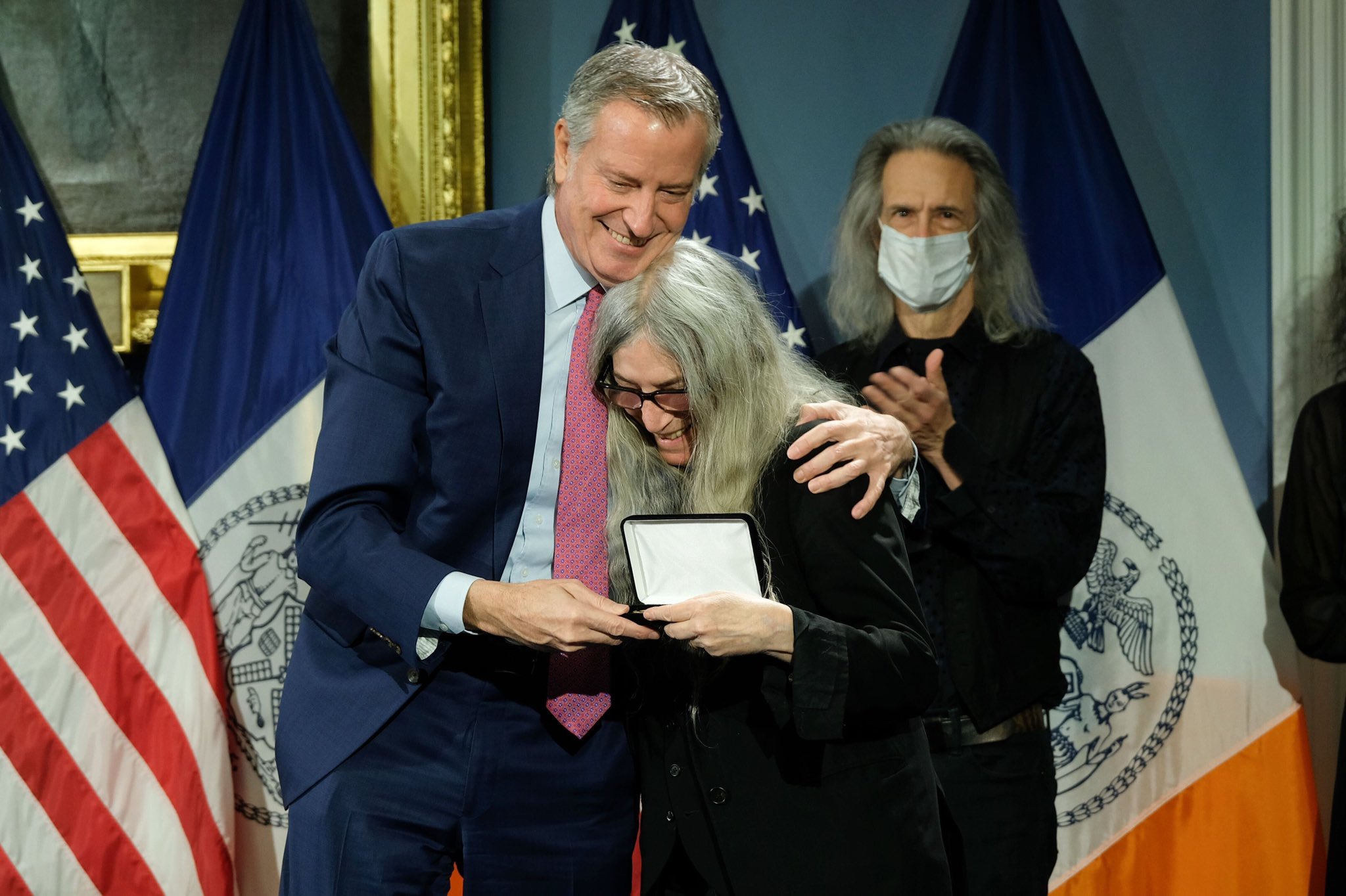 Bill De Blasio, noted fan of ska and Slick Rick, will be the mayor of New York City for a few more days. In one of his final acts as mayor, De Blasio presented a very excited Patti Smith with the key to the city today. (In the past few days, De Blasio also gave the key to Sen. Chuck Schumer and to Spike Lee.) In a news conference at City Hall this afternoon, De Blasio talked about how much he loves Smith’s music and named her 1978 song “Ghost Dance” as one of his favorites. During the conference, De Blasio said:

To me, Patti Smith had an authenticity, and has an authenticity, that you just didn’t find, in my view, in that many other places — an ability to cut through the swirl around us and speak some more profound truths. The punk movement in general was, to me, a bastion of truth-telling and something that helped address the hypocrisy in our society.

Accepting the ceremonial key, Smith said, “It’s awesome.” Smith spoke about moving to New York from rural New Jersey as a young person and about coming into contact with other artists there. She also talked about moving back to New York after the death of her husband, Fred “Sonic” Smith, and added, “I wish that I could give New York City the key to me.” It was really nice! Here’s the video of Smith accepting the key.

One of the people at City Hall was Patti Smith was Lenny Kaye, her longtime guitarist, who turns 75 today. Smith herself will turn 75 on Thursday. As part of the ceremony, De Blasio gave both of them cupcakes.