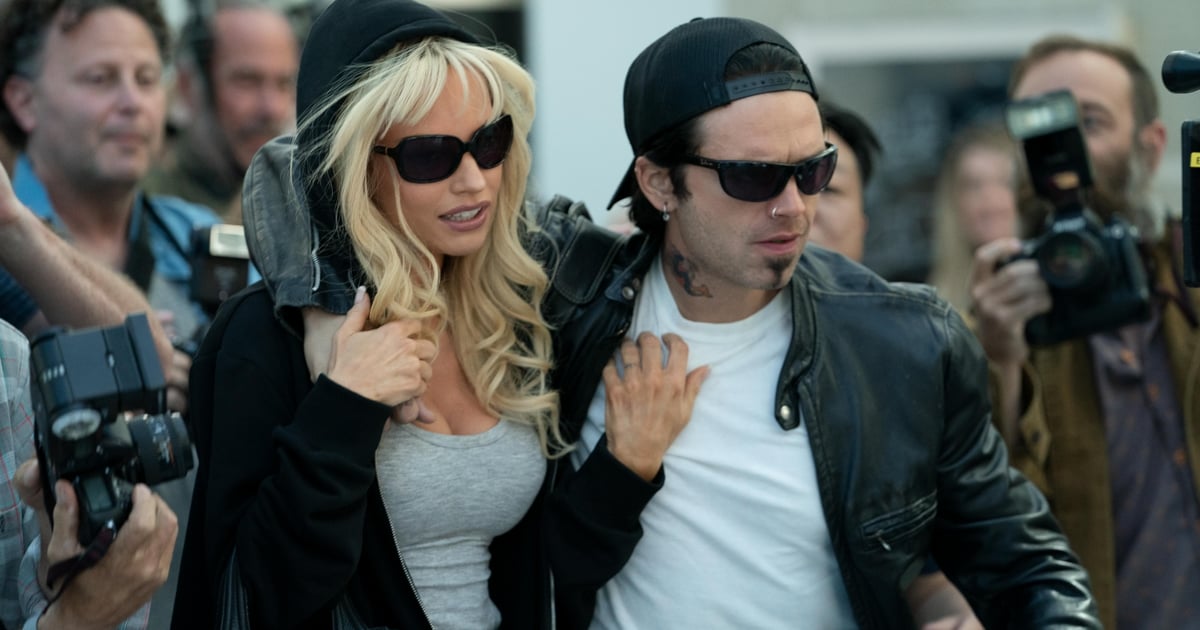 Four hours in the hair and makeup chair — that’s how long it took Lily James to transform into Pamela Anderson. And Sebastian Stan to become Tommy Lee? Three hours. That’s how you know the beauty looks in Hulu’s miniseries “Pam & Tommy” are going to be good.

As far as beauty transformations go, the ones James and Stan underwent to get into character for the show were extreme. Twenty-five wigs, 150 prosthetics (on just James alone), and countless fake tattoos were applied to tell the story of Anderson and Lee’s whirlwind relationship in the ’90s. These extensive beauty treatments allowed the actors to completely melt into the people they were playing — something that was very important to everyone involved.

If there’s one word to describe Anderson and Lee, it’s iconic. So the pressure was on to do them justice in the miniseries. Luckily, the hair, makeup, and prosthetics teams were up to the challenge. Ahead, they break down exactly how they replicated the pair’s signature images, right down to his nipple piercings and her pouty smile.