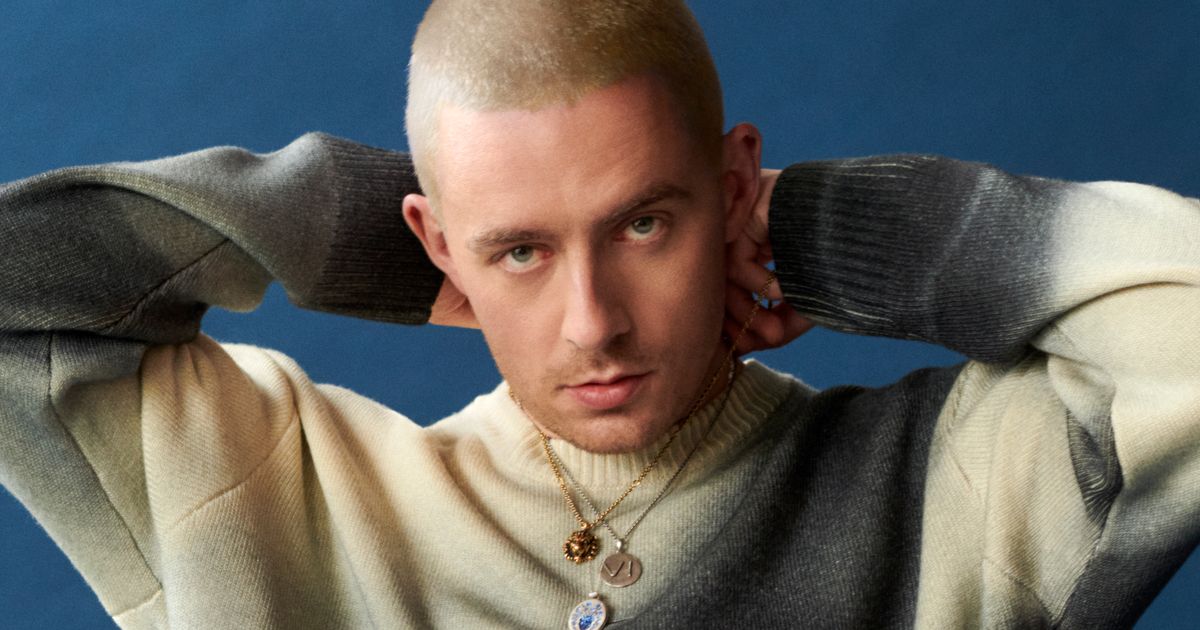 After a summer filled with breezy singles and intimate, off-the-cuff performances, Dermot Kennedy cemented his return to music last week with the release of “Sonder,” his second studio album.

A former busker from Dublin, Ireland, Kennedy rose to global acclaim in 2019 with his debut album “Without Fear,” which seamlessly melded folk melodies with sparse, electronic beats. In many respects, the 11 tracks on “Sonder” don’t abandon the sonic and emotional foundations of the previous record, each serving as a type of sweeping confessional about human vulnerability and the intricacies of romantic entanglement.

Nonetheless, the album presents Kennedy as an artist on the cusp of a personal and professional rebound. Once again, his heart is on his sleeve, but this time around, his lyrics are infused with a sense of pandemic-era angst and urgency.

“I’d like to think people find solace in music the same way that I do,” he told HuffPost. “I’ve always been lucky to have a pretty active imagination. Ultimately, I write music to make people think about their lives and take the good from it.”

Watch the music video for “Kiss Me” below.

As for the more than two years off the road, he added, “It was a lovely exhale for a minute because I got to take stock of everything I’d achieved. But ― and I’m sure I speak for a lot of musicians ― it reached a point where I was really scared. I’m not somebody who can post videos and who exists on the internet. When I go out on tour, that’s how I leave a mark.”

Fans got their first taste of “Sonder” with the single “Better Days,” unveiled last year. The album’s rollout, however, began in earnest this May with the release of the anthemic single “Somebody to Someone.”

To Kennedy, the most meaningful tracks on “Sonder” are “Innocence and Sadness,” a wistful piano ballad he sees as the album’s “axis,” and the brooding “One Life,” which showcases his love of hip-hop. Another standout is the deceivingly uptempo “Kiss Me,” an impassioned plea to an uncertain lover.

Regarding the album’s title, he explained: “I’ve always been a shy person. I know that seems contrary to what I do for a job, but I don’t feel like a person who was born to be on stage by any means. And so that word just kind of resonates with me.”

As Kennedy is relatively early in his career, he’s faced unusual headwinds as he continues to build his profile in the music industry during the COVID-19 pandemic. He expected to debut many of his new songs to audiences this summer as a special guest on Shawn Mendes’ “Wonder” tour. When Mendes cut his tour short, Kennedy opted to embrace his roots by embarking on “Sonder Street Sessions,” a busking tour with a philanthropic aim that saw him playing a series of seemingly impromptu sets in small venues, and in some cases, on the street, in cities across the U.S. and the U.K.

Though Kennedy views “Sonder Street Sessions” as an artistic triumph, his forthcoming tour will see him taking the stage of some of the world’s biggest and best-known venues. In June of next year, he’ll headline New York’s Madison Square Garden for the first time.

Such milestones, Kennedy says, have been a part of his long-term vision since his early busking days. Those plans appear to be paying off in spades, too, with Taylor Swift counting herself among the musician’s fans.

“As an Irish artist, I had to do a four- or five-year projection as part of my first U.S. visa application, and Red Rocks was on it,” he recalled. “In my head, I was just like: ‘No chance we’re going to play there,’ and then we did it. And we’re doing it again next year.”

He went on to note: “I like to think I’ve done a good job of honoring the open mic, busking me as well as the guy who loves big arrangements and wants to play stadiums. I don’t want to be an underdog anymore. This isn’t just about me selling a bunch of tickets. I’m determined to really show people that I deserve to be at that level.”