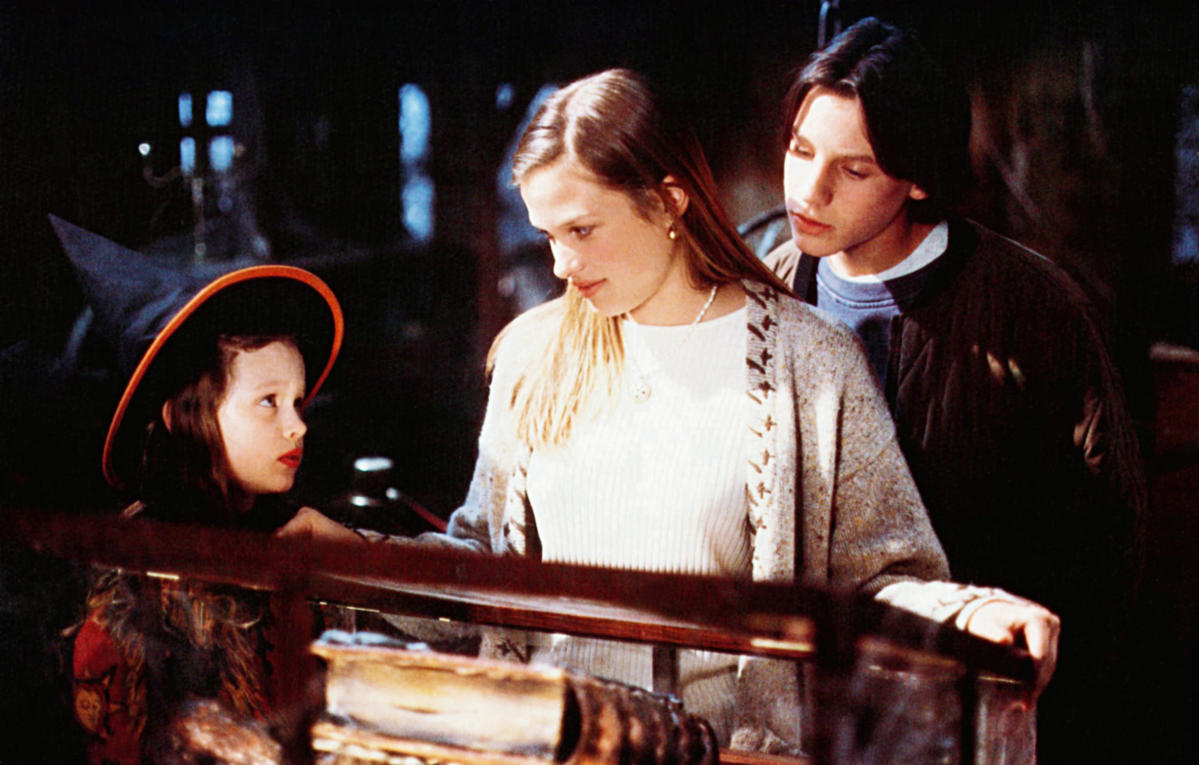 Hocus Pocus 2 is so close that the Sanderson sisters can almost smell the children.

And count Omri Katz, who starred in the 1993 film, among those who are excited to watch the long-awaited sequel. Like several other members of the original cast, he’s not part of it.

“People have been asking, and unfortunately, I’m not in it. I would have loved to be involved,” Katz told Entertainment Weekly via rep Nery Lemus. “I feel bad for the original fan base saying we aren’t because I’m sure they wanted to see us reprise our roles.”

In fact, the magazine reported that Birch was considered to return, but she had scheduling conflicts, because of a role in Netflix’s upcoming series Wednesday. Her part was later canceled.

While Bette Midler, Kathy Najimy and Sarah Jessica Parker will return as the villains, and Doug Jones will once again be Billy Butcherson, EW has reported that neither Thora Birch nor Vinessa Shaw, who starred alongside Katz, would reprise their roles. Even the black cat, Thackery Binx, has been replaced, by a feline named Cobweb.

The storyline of the first movie was that Katz’s Max, who’s spending Halloween night with his younger sister (Birch) and his crush (Shaw), had accidentally brought the trio of Salem Witch Trial victims back to life. In the new story, the witches are resurrected yet again, but this time by characters played by Whitney Peak, Belissa Escobedo and Lilia Buckingham.

Still, Katz, who has done little acting in movies and TV over the past 20 years, spoke highly of the production and the “new direction” that director Anne Fletcher, is taking. (Kenny Ortega was behind the camera before.) Katz is all for Fletcher, who helmed Step Up and The Proposal, and the studio tapping into potential new fans.

“I think it’ll be good for everyone who loved the original!” he said. “I hope fans will go see it. I know I will.”

Fletcher has explained that she just couldn’t make the return of the original characters fit into the story.

“We wanted to weave in all of the people that the fans loved, and when you sat back with all the ingredients and story, you’re like, ‘how do we make this work?'” Fletcher told the publication this month. “It was very difficult to try to have them be a part of it because we did talk about it — painstakingly. You’re trying to stay on track with story, even if they came in as a cameo. People would say, ‘They could be in the background!’ And I’m like, really? You’re going to put the leads of the first movie in the background and be satisfied? You’re not going to be satisfied, you’re going to be angry.”