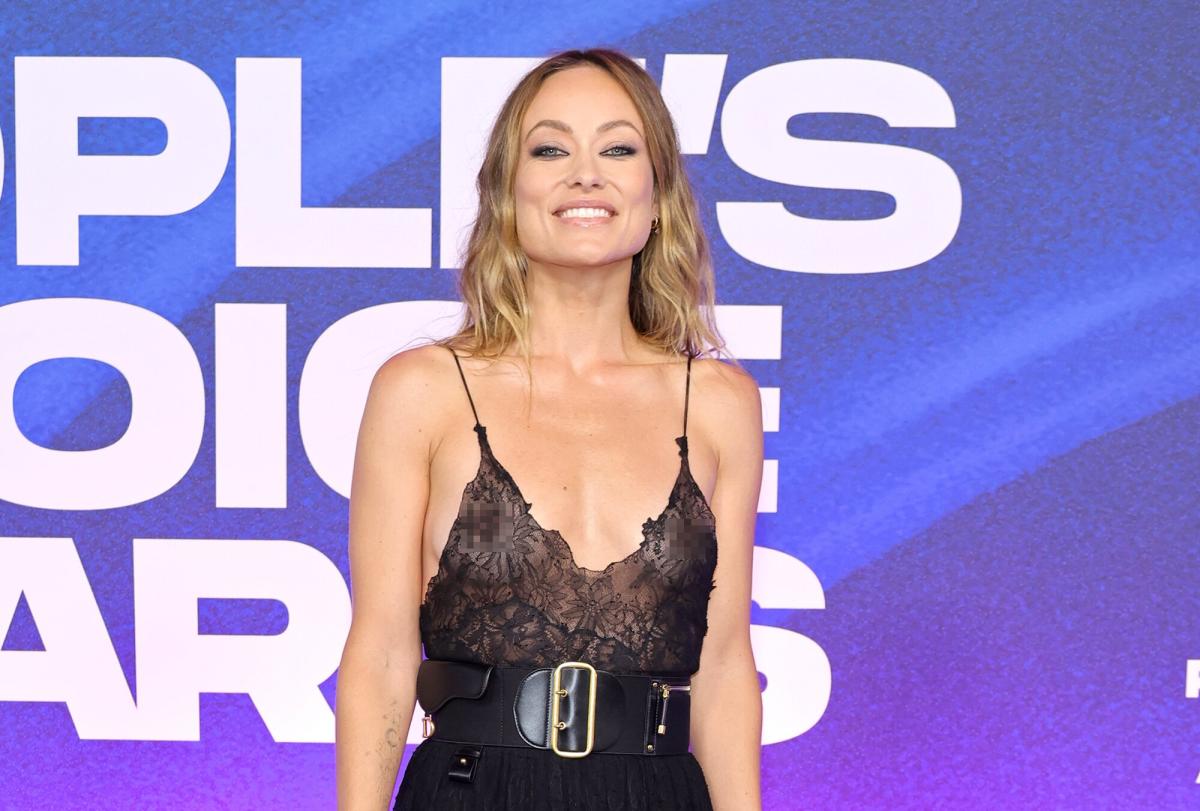 Styled by Karla Welch, the Don’t Worry Darling director made an appearance at the awards show in a daring, sheer Christian Dior gown that leaves little to the imagination.

Wilde posed for photos in the see through design featuring a lace, lingerie-like bodice. She wore the delicate gown with black hot pants underneath and styled it with an oversize belt — the same way it went down the runway.

For glam, Wilde, 38, went for overlined eyes and a fresh face. She wore her long hair tousled and loose, making for an effortless look.

Wilde’s film Don’t Worry Darling — which stars Styles — took home the award for drama movie of 2022 at the ceremony.

“This award isn’t for me, it’s for the entire production, and it’s such an honor to accept it on behalf of our entire Don’t Worry Darling family,” she said on stage during her acceptance speech. “We made this movie in 2020 when many people were not confident that audiences would ever return to theaters if they ever reopened.”

“And yet more than 190 brilliant crew members showed up every single day during a pandemic to make something that they hoped that you guys would show up for. And you did show up. And we’re so, so grateful.”

The director and actress went on to thank everyone involved behind-the-scenes on the film.

“There are just so many people who are so integral to a movie getting made. From our PA team, to our AD department, to our covid safety team to our janitorial staff to our transportation team to the stunt performers. The stand ins. All these people showed up and they worked so hard and they made so many sacrifices just hoping to make something you’d enjoy. So this award means so much to all of us and And it’s a real testament to their hard work. So this is for them. Thank you guys so so much.”

The movie also earned nominations for Wilde’s ex-boyfriend Harry Styles and his co-lead Florence Pugh. Rife with plenty of drama dating as far back as fall 2020, the movie opened in September and also stars Wilde, Gemma Chan and Chris Pine.

Wilde is no stranger to daring fashion. For her Elle cover in October, she wore a Gucci one-shoulder top bearing one of her breasts adorned with a heart-shaped pasty covering her nipple. Just weeks after that cover story landed, the Booksmart director showed up at the 2022 Baby2Baby Gala in a simple but sexy black bandeau bra top with a $3,140 ball gown skirt from Magda Butrym, adding a touch of gold thanks to Irene Neuwirth statement earrings.

Wilde picked another sheer look at the Governors Awards in Los Angeles in November, but her Erdem gown did have a white corset underlay. She wore a layered tulle Erdem gown with a netted train from the Spring/Summer 2023 collection. She completed her glamorous ensemble for the evening by pairing it with sheer opera gloves and Mikimoto jewelry.

The Governors Awards red carpet was Wilde’s first carpet since her split from Styles. Multiple sources confirmed to PEOPLE just days earlier that the “As It Was” singer and actress-director were “taking a break” from their romance after nearly two years together.

“He’s still touring and is now going abroad. She is focusing on her kids and her work in L.A.,” said one source. “It’s a very amicable decision.”

Another source shared with PEOPLE that the breakup was hard on Wilde. “The break has been difficult for Olivia,” the source shared. “They have had some issues, but Olivia thought they were gonna work through it all. She is disappointed. It’s just a tricky situation, though.”