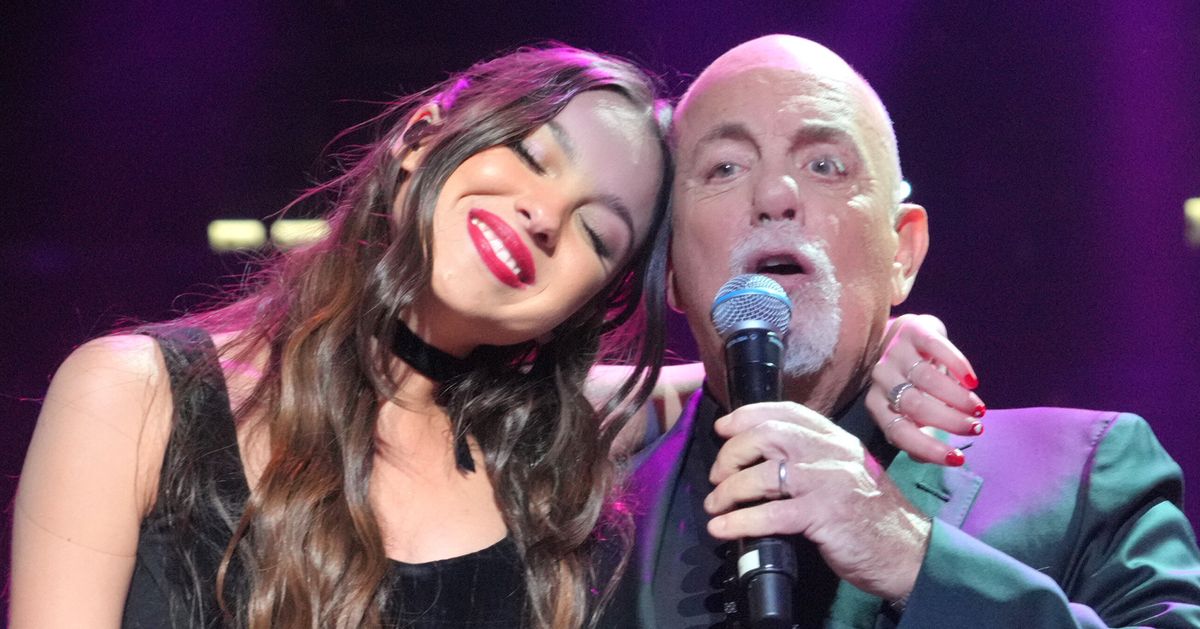 Pop star Olivia Rodrigo brought down the house at Madison Square Garden on Wednesday night ― and it wasn’t even her gig.

Music icon Billy Joel invited Rodrigo on stage during a performance that’s part of his ongoing residency at the famed arena. With Joel and his band backing her up, she sang her 2021 smash “Deja Vu,” a perfect selection for the occasion since it not only name-checks Billy Joel, but also refers to his 1983 hit “Uptown Girl.”

“I’m such a huge fan and I couldn’t have written this next one without you,” she told Joel before launching into the song.

In a fan-shot video, many in the crowd could be heard singing along. Naturally, the two then teamed up for a duet of “Uptown Girl”:

As Rolling Stone noted, Joel has been embraced by the youths of TikTok, with his song “Zanzibar” used as part of a popular dance challenge.

“I don’t even know what TikTok is,” he said last year. “But this is a thing.”