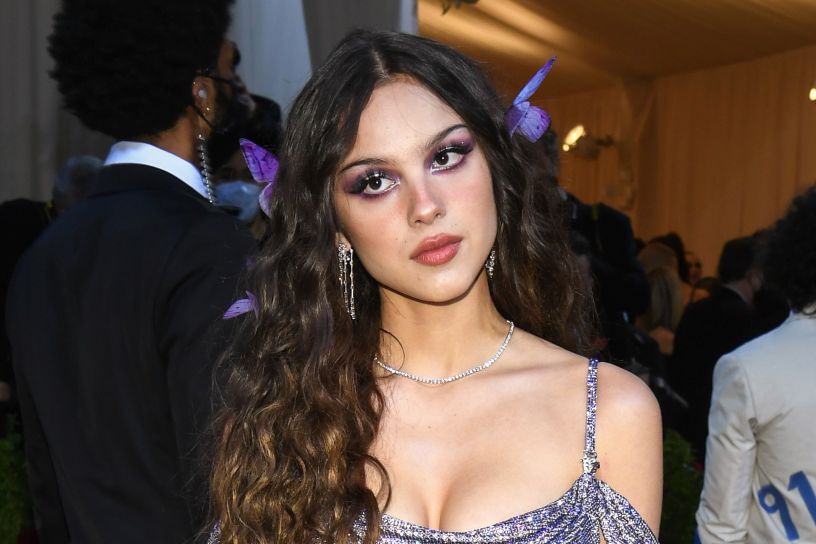 Olivia Rodrigo sparkled like a disco ball on the red carpet tonight in New York at Met Gala 2022, opting to wear Versace.

The singer’s dress was heavily embellished with rhinestones, giving it a shine that was almost blinding. The reflective quality of the dress leans slightly lavender in an unexpected but gorgeous move.

The Versace gown also sports a slit running up Rodrigo’s thigh while the rest of the gown pools at her feet. Rodrigo also wore sheer purple gloves and stacked on chunky rings.

Rodrigo carried a gold reflective clutch and smoked out her eyes with purple for a sultry look. The star also wore purple butterflies in her hair to amp up the drama.

The purple hue continued dow to her shoes, of which she chose peep-toe platforms with a chunky heel.