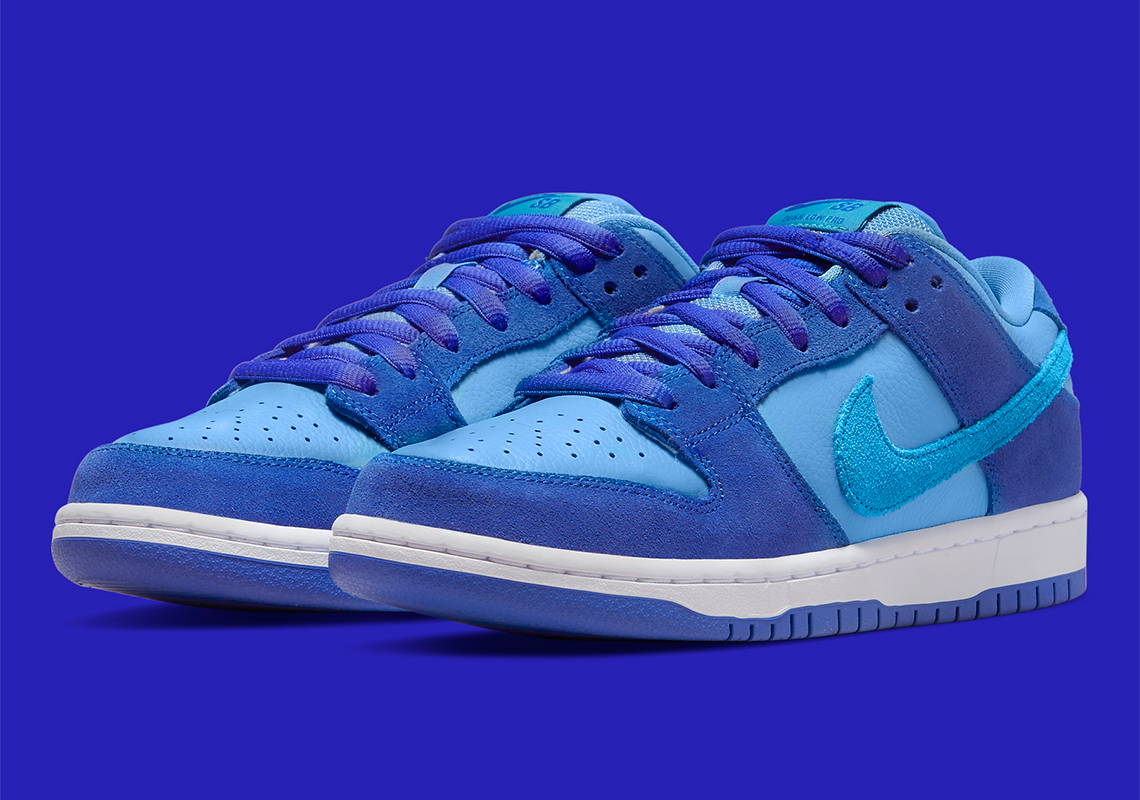 Rounding out the foursome of fruit-themed SB Dunks for the upcoming 4/20 tradition is the “Blue Raspberry” flavor/colorway of the Low. Although being the last of the four to be revealed via the brand’s official images, these were actually the first revealed iteration of the Fruity Pack that was inspired by the flavored strains of 4/20.

Following the simple formula seen in the Green Apple SB Dunks, Cherry SB Dunks, and Pineapple SB Dunks, the SB Dunk Low “Blue Raspberry” is built with suedes and leathers in a clean two-toned color-blocking that joins two shades of blue, The laces are slightly darker with a bit of an purple tint, almost giving the shoes an indigo-dyed aesthetic. Finally, the blue raspberry mascot/logo appears via in the inside label of the tongue, depicting the humanoid fruit in both alert and relaxed moods.

Currently, a release date of the Nike SB Dunk “Fruity Pack” is not yet disclosed, although these are expected to release in June. See the full official images ahead. 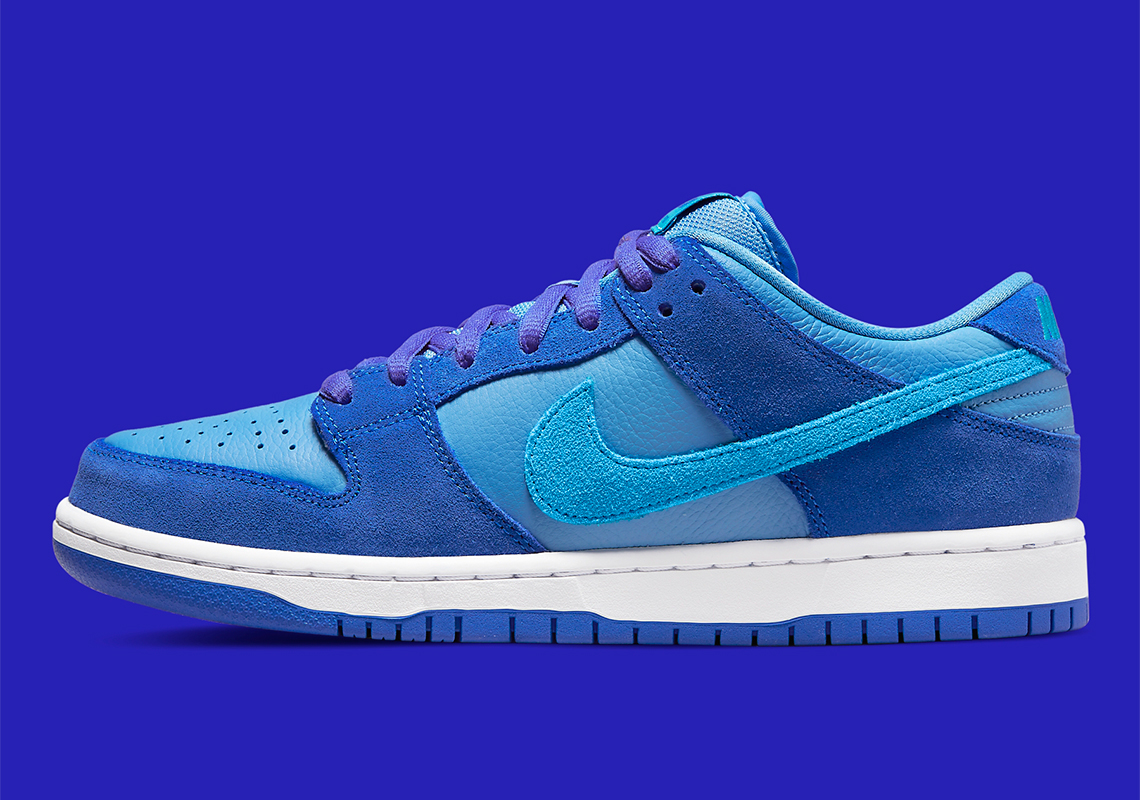 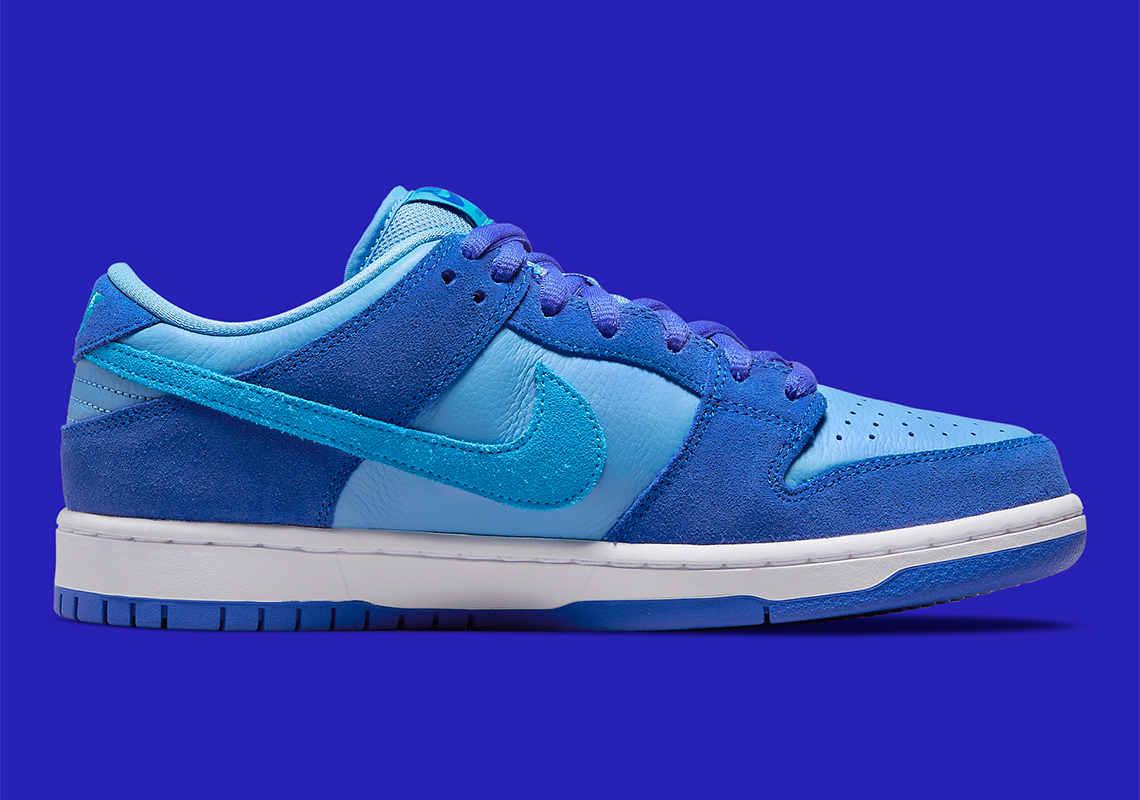 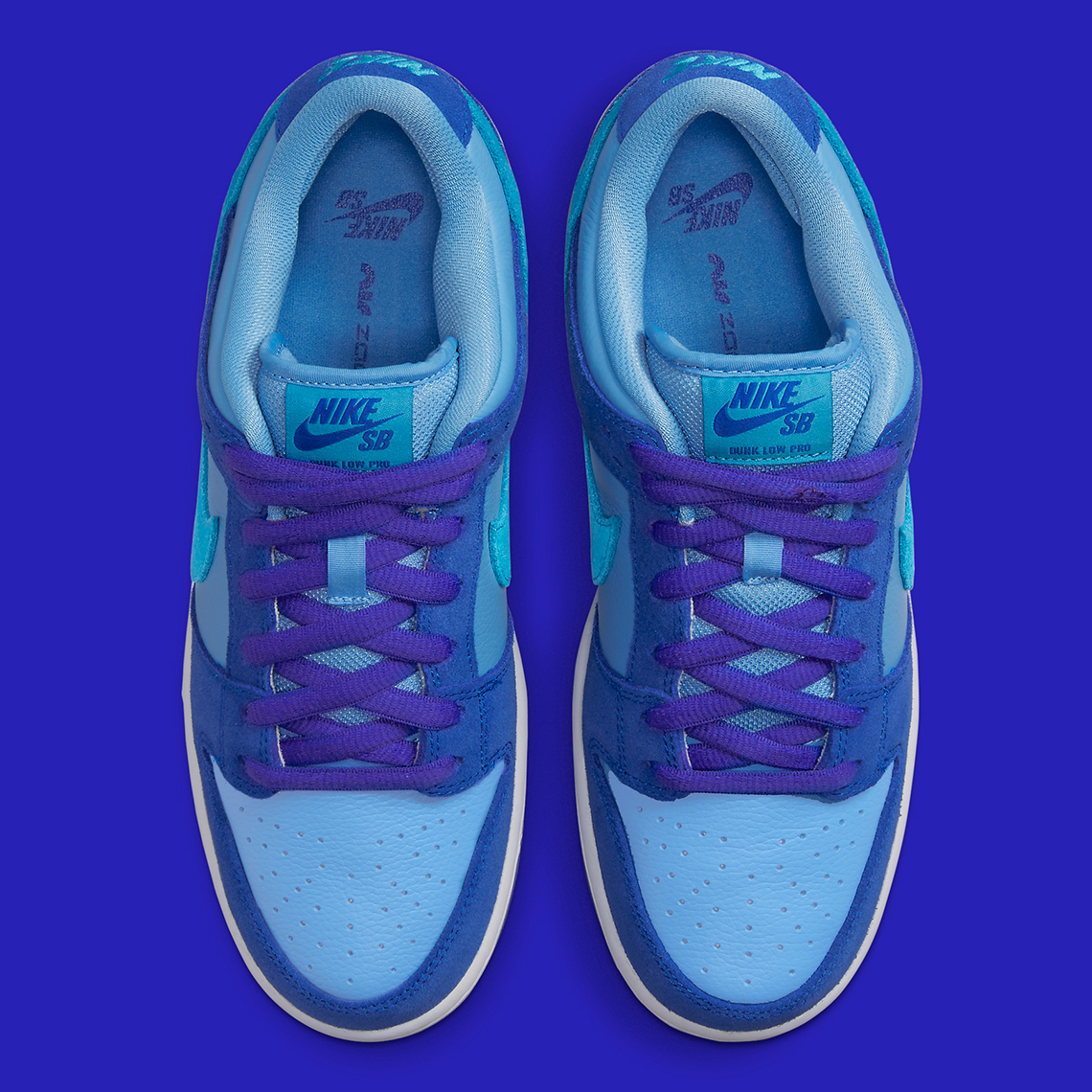 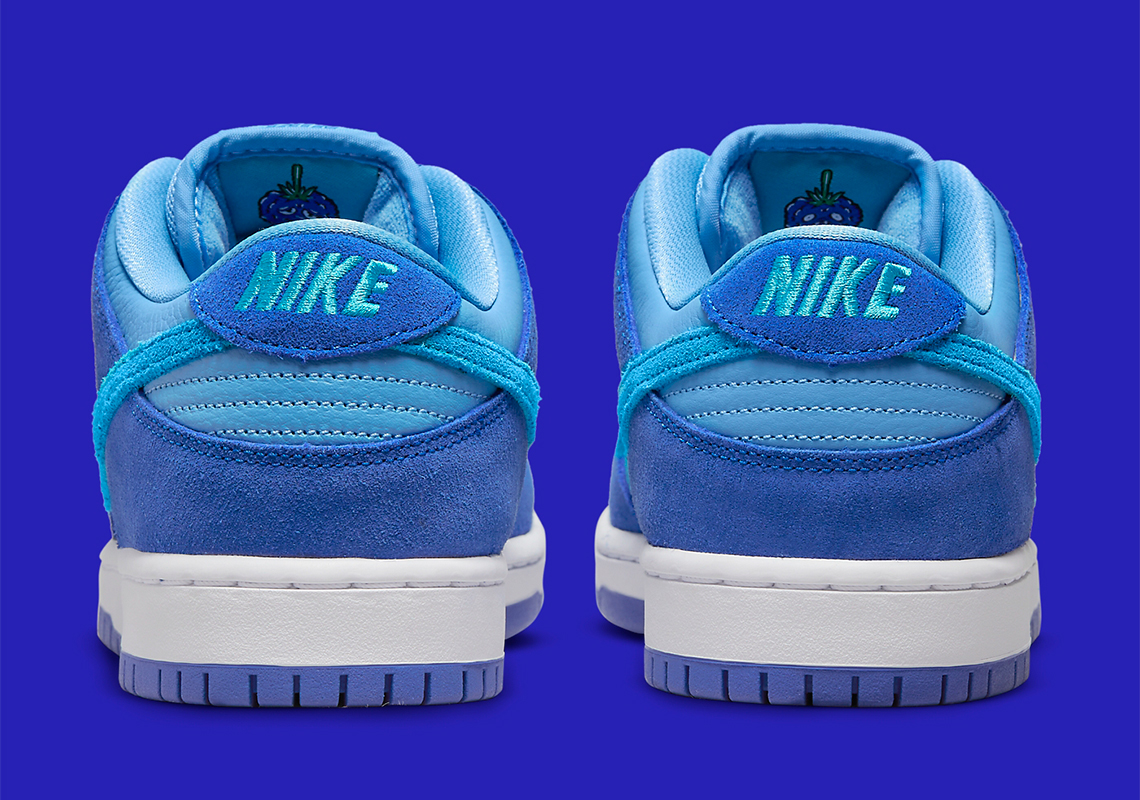 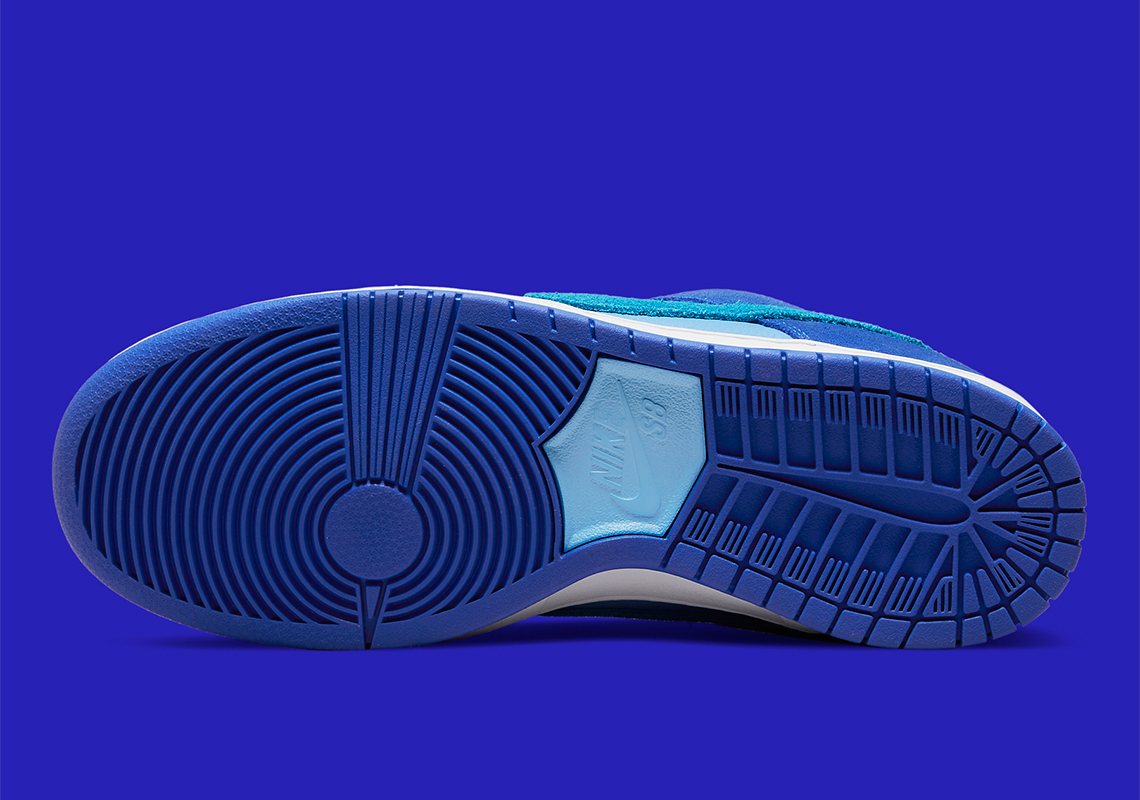 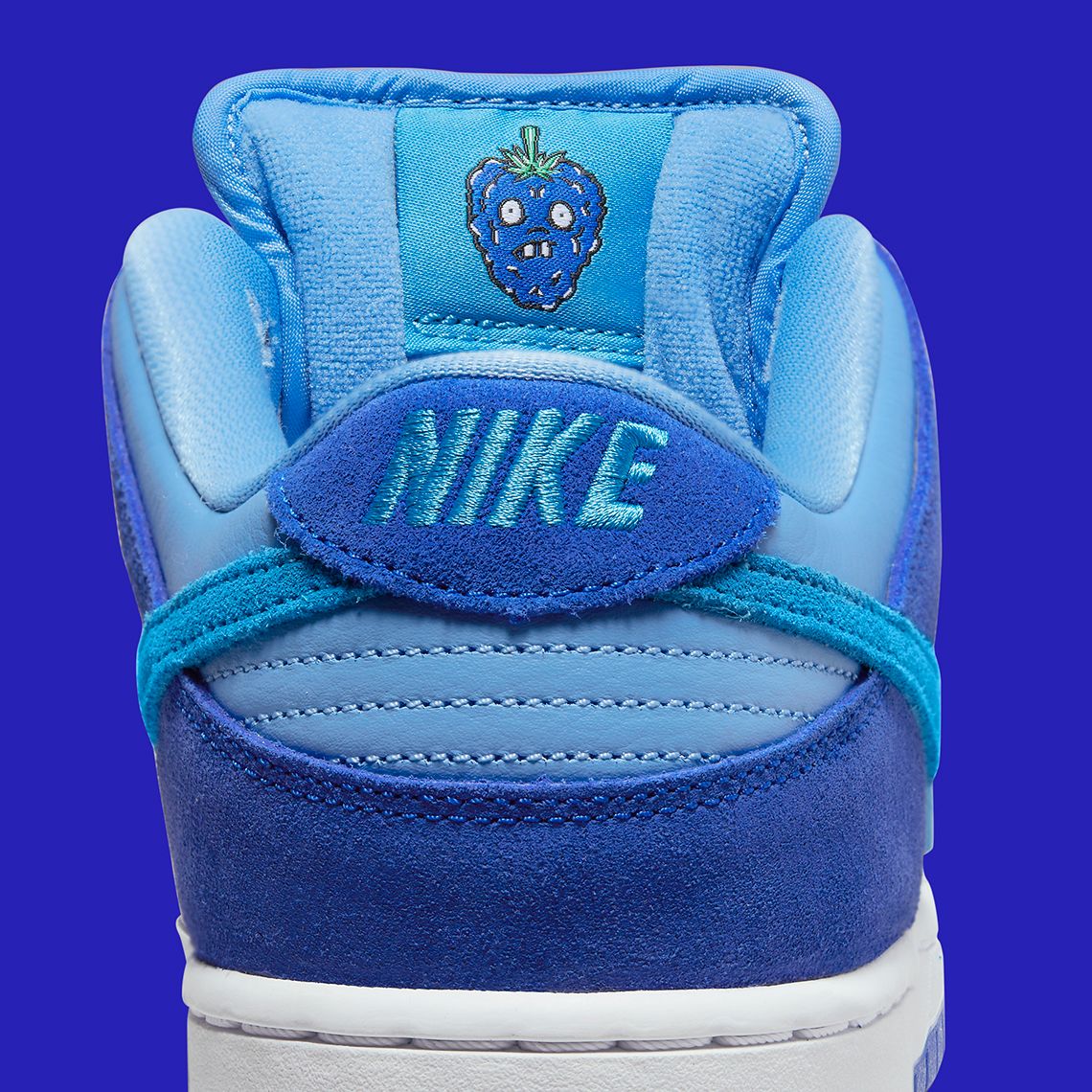 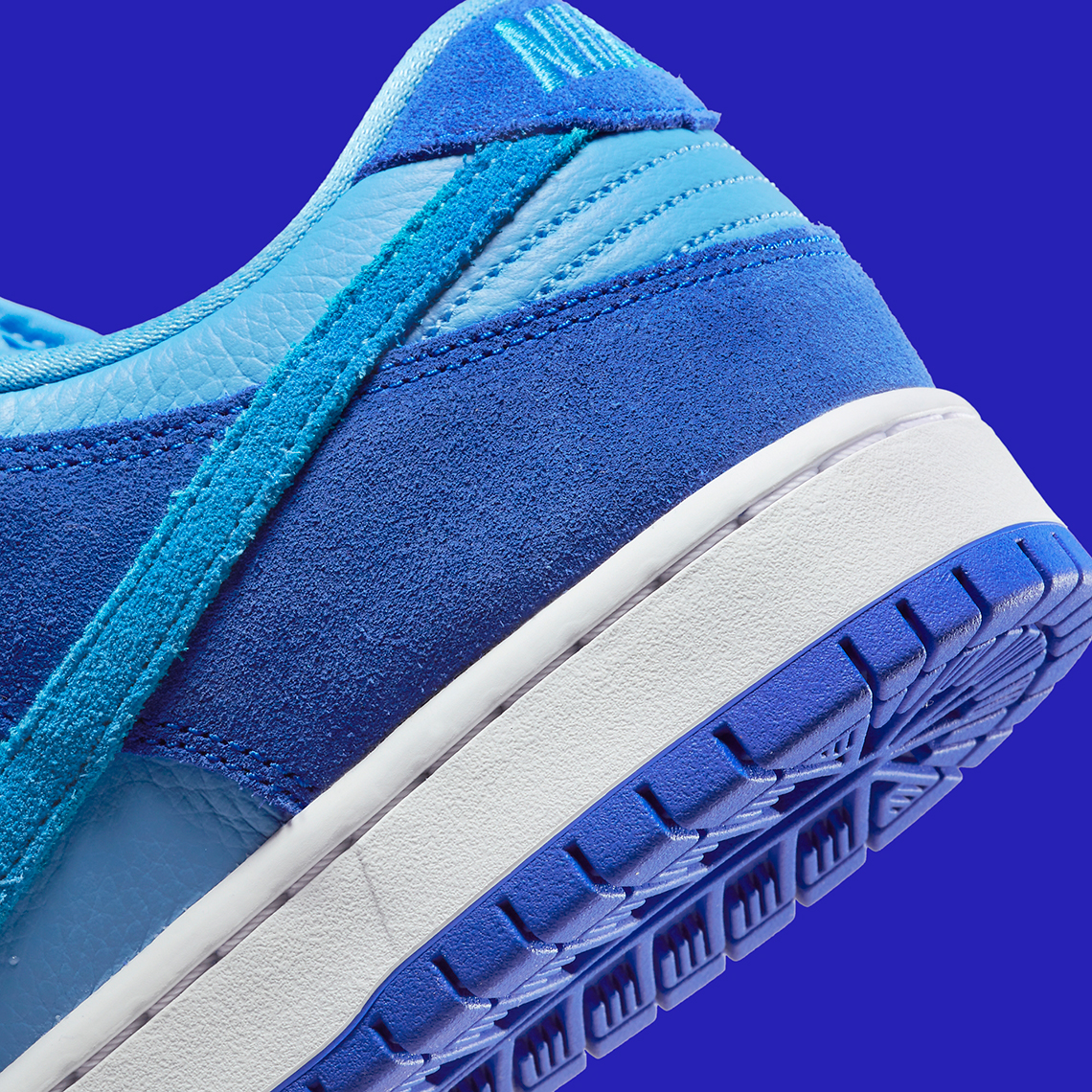 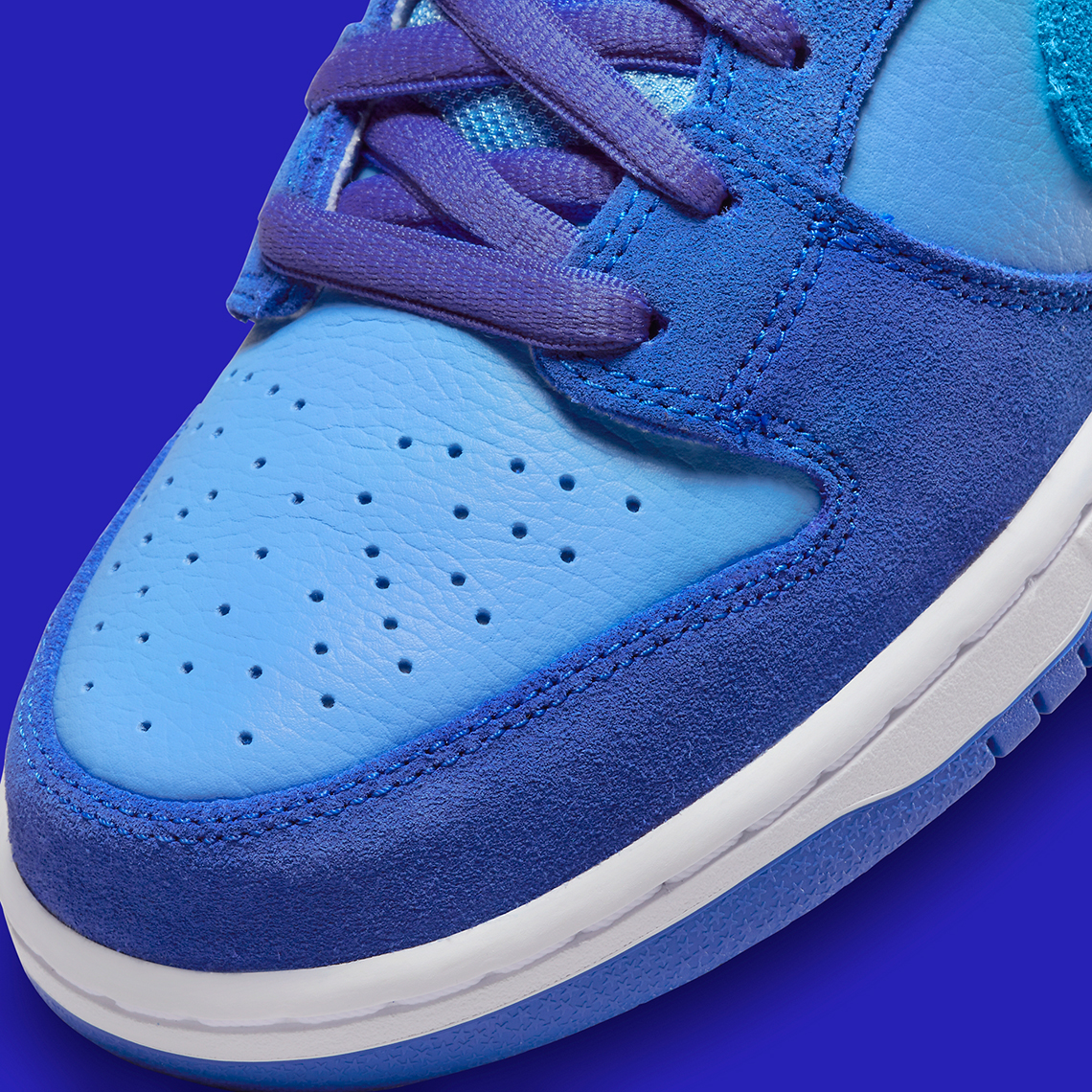