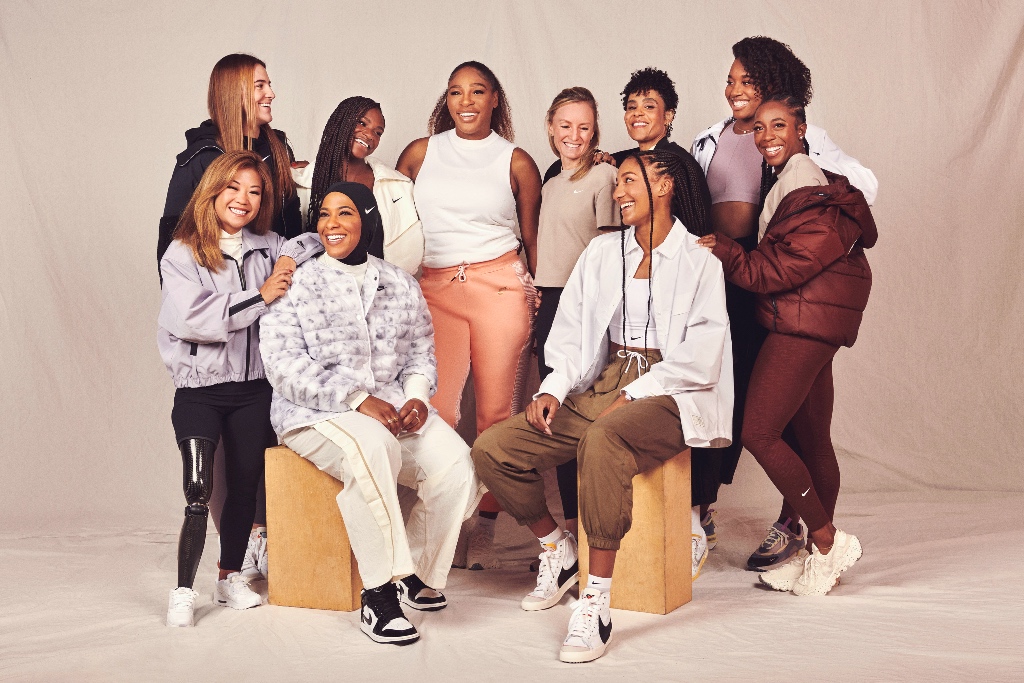 In an effort to further support women athletes, Nike has launched its Athlete Think Tank, an effort the industry giant has described as “an evolved format for gathering and listening.”

“We initiated the Nike Athlete Think Tank to turn insights into action,” Nike Women global VP and GM Whitney Malkiel said in a statement. “Our greatest strength has always been our partnerships with the world’s best individual athletes. For the first time, we’ve united a collective of female icons that span across sports and countries to help us shape strategies that will improve the experience of all girls and women in sport.”

The collective of decorated athletes is robust — comprised of 13 founding members — and includes massive names such as tennis icon Serena Williams, long-distance runner Shalane Flanagan, WNBA star Sabrina Ionescu and fencer Ibtihaj Muhammad, among many others.

“Having female athletes be part of these conversations is critical to not just Nike’s development as a company, but to sport development in general,” Muhammad said in a statement.

According to Nike, the group “emphasized the financial aspect of creating access to sport” as well as “the importance of bringing everyone, especially athletes with disabilities, into inclusion initiatives.” Also, Nike said the athletes discussed “valuing purpose as much as performance, namely through meaningful community efforts” and spoke about the barriers they personally faced on their journeys that were often rectified by programs and scholarships.

With the launch of the collective, Nike confirmed it has teamed up with Charities Aid Foundation America to fund $1.3 million across 20 grants on the organization’s behalf. The grants, according to Nike, will go to community organizations globally that were identified by, and align with, “each athlete’s advocacy to champion a sense of belonging for women and girls and level the playing field for all communities.”

“The selections athletes made for where to give back are all very personal,” Tanya Hvizdak, VP of women’s global sports marketing at Nike, said in a statement. “Serena Williams identified the Boys and Girls Clubs of Palm Beach County, while Shelly-Ann Fraser-Pryce suggested her Pocket Rocket Foundation based in Kingston, Jamaica. Sabrina Ionescu highlighted the Mamba & Mambacita Sports Foundation, and Shalane Flanagan spotlighted both Marathon Kids and Amputee Blade Runners.”

What’s more, the athletic behemoth said it plans to continue the Nike Athlete Think Tank by inviting more women from its roster, “extending the opportunity to create long-term, actionable impact and creating a dedicated space for the company to listen and learn.”