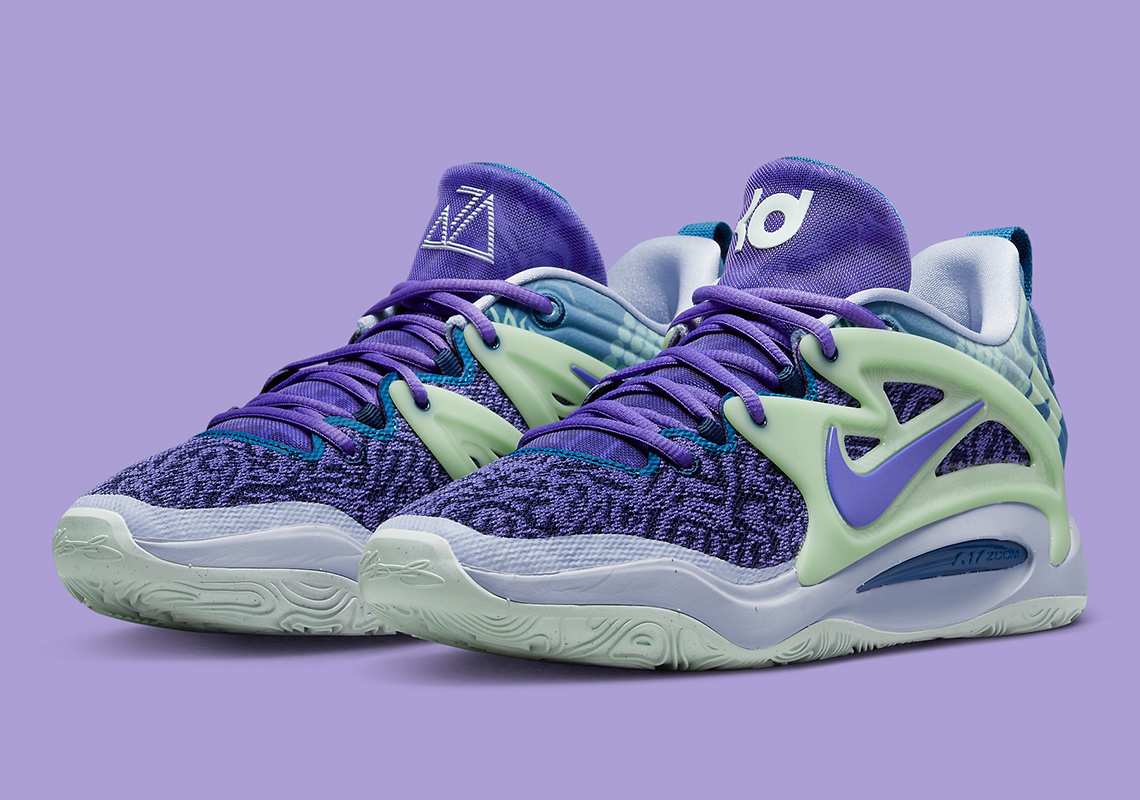 Kevin Durant’s name has been in the sports headlines for all the wrong reasons this week, largely due to his sub-standard performance that contributed to the embarrassing sweep of his Nets by the Boston Celtics. His relatively poor performance has caused the status of his “legacy” as an all-time great to be under scrutiny, but can one poor series really negate what he’s accomplished in a decade and a half?

It’s unfortunate that KD made an early exit, because his newly revealed Nike KD 15 signature shoe was expecting to get some heavy rotation during the Playoffs. Now, you’ll have to rely on us to give you first looks at upcoming Nike KD 15 colorways, like this Psychic Purple/Dark Marina Blue that features a patterned exterior on the 3D-printed heel. The KD 15 has earned some positive first-look reviews thus far, and these are only adding to the anticipation as it looks to release later this summer.

These are scheduled to release on June 10th, 2022 for $160, but we’ll consider that date tentative as release delays continue. For now, get a first glance here and stay tuned for updates. 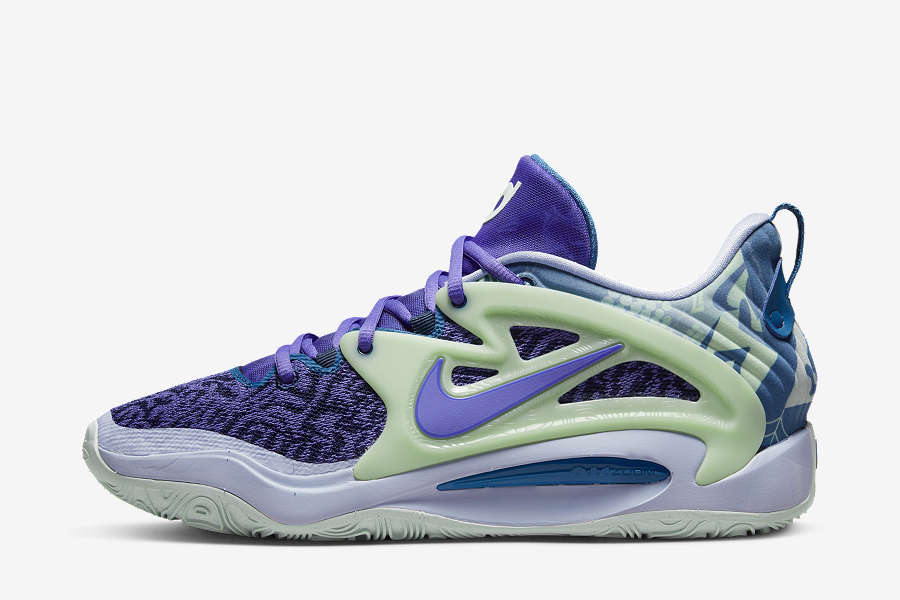 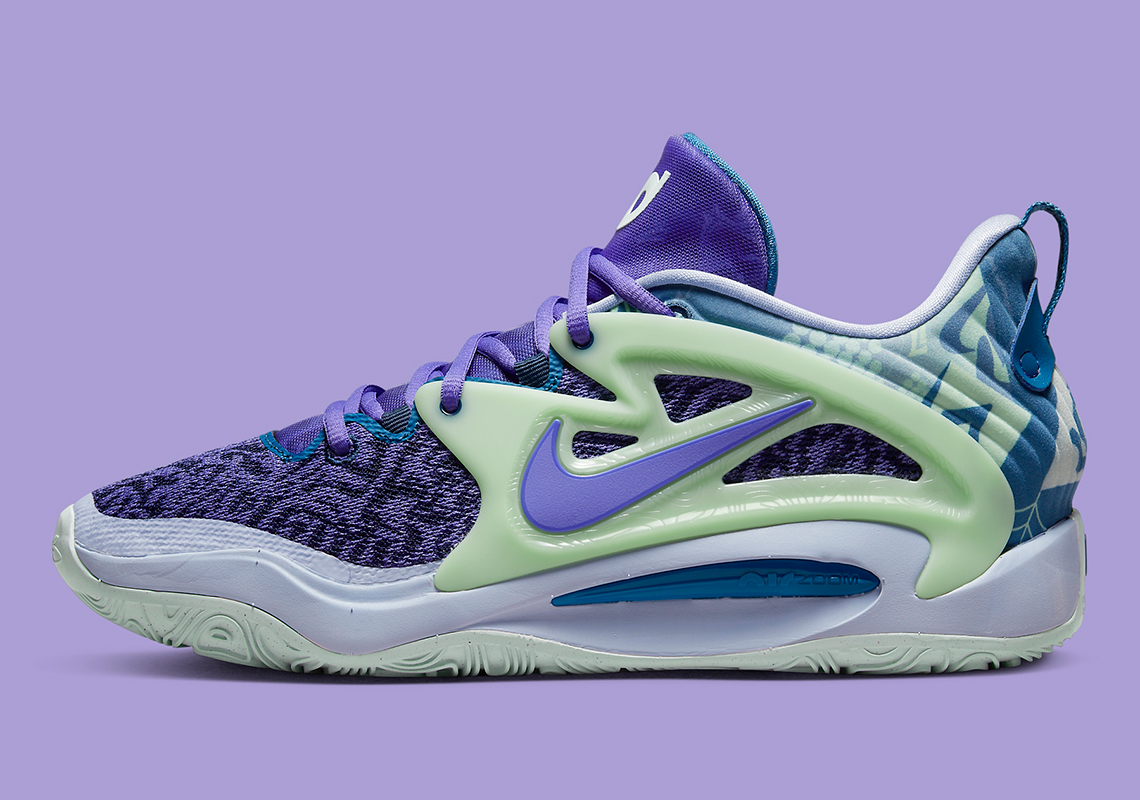 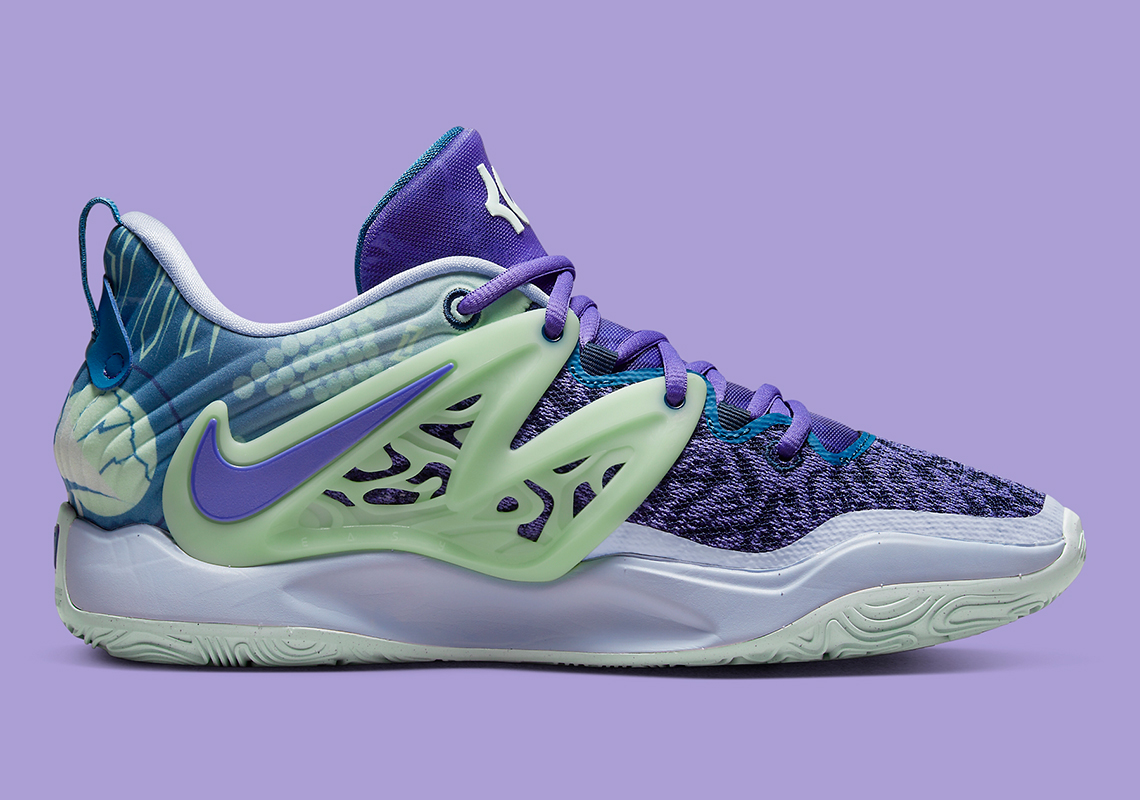 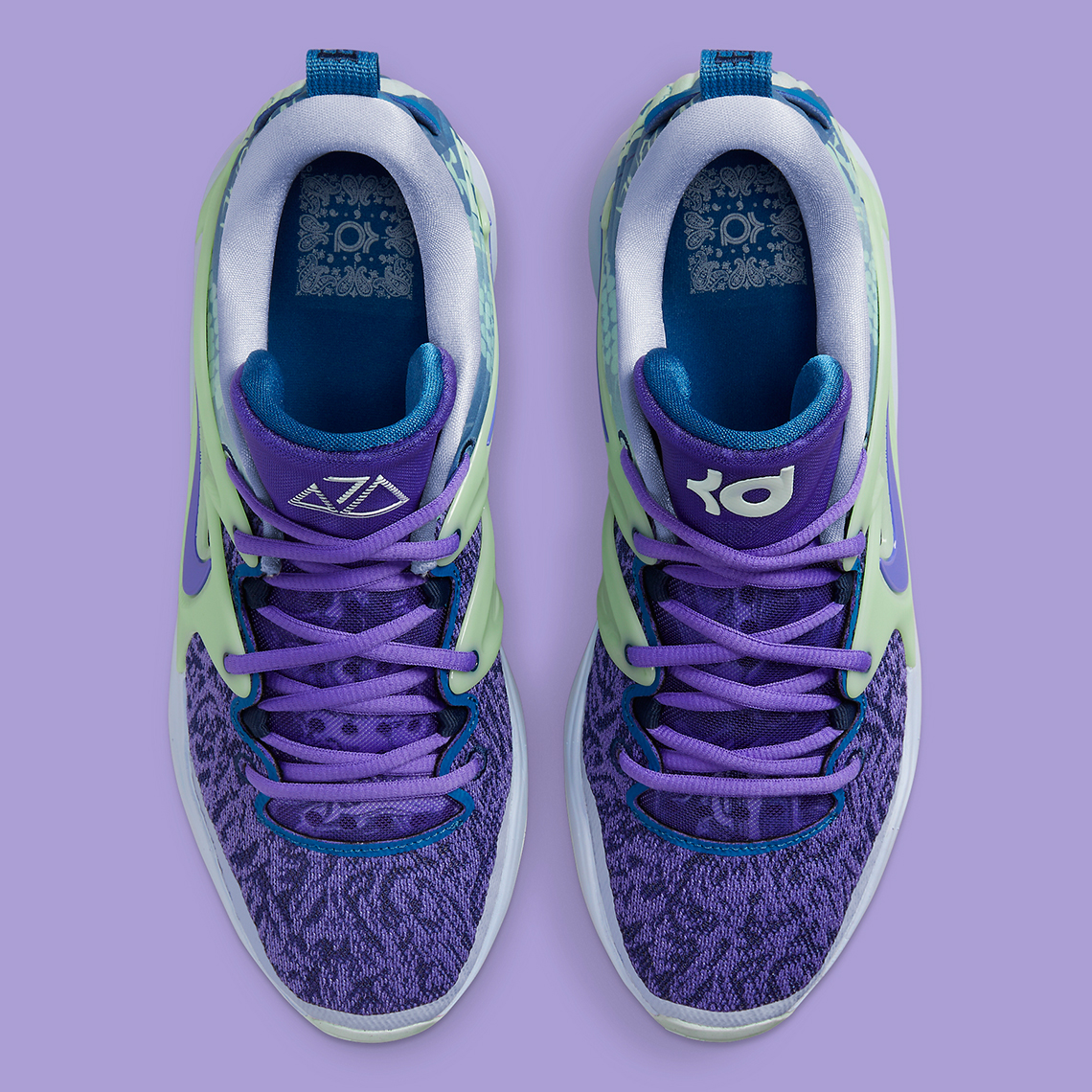 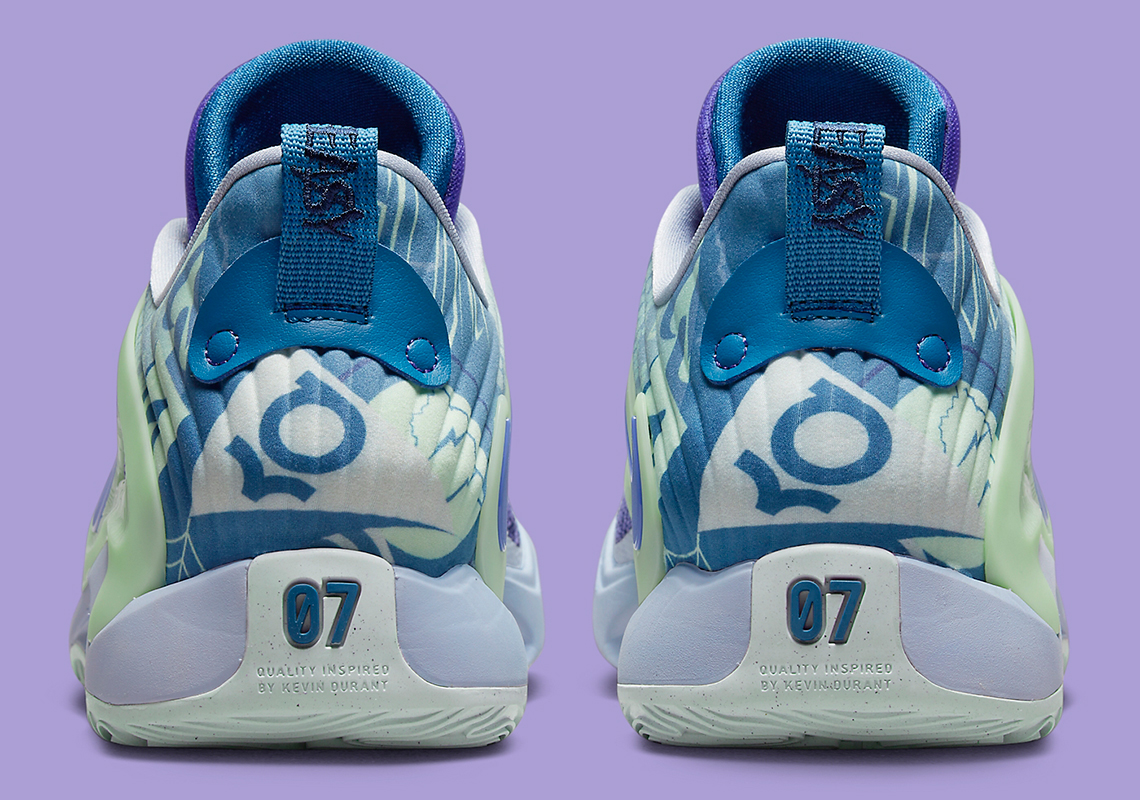 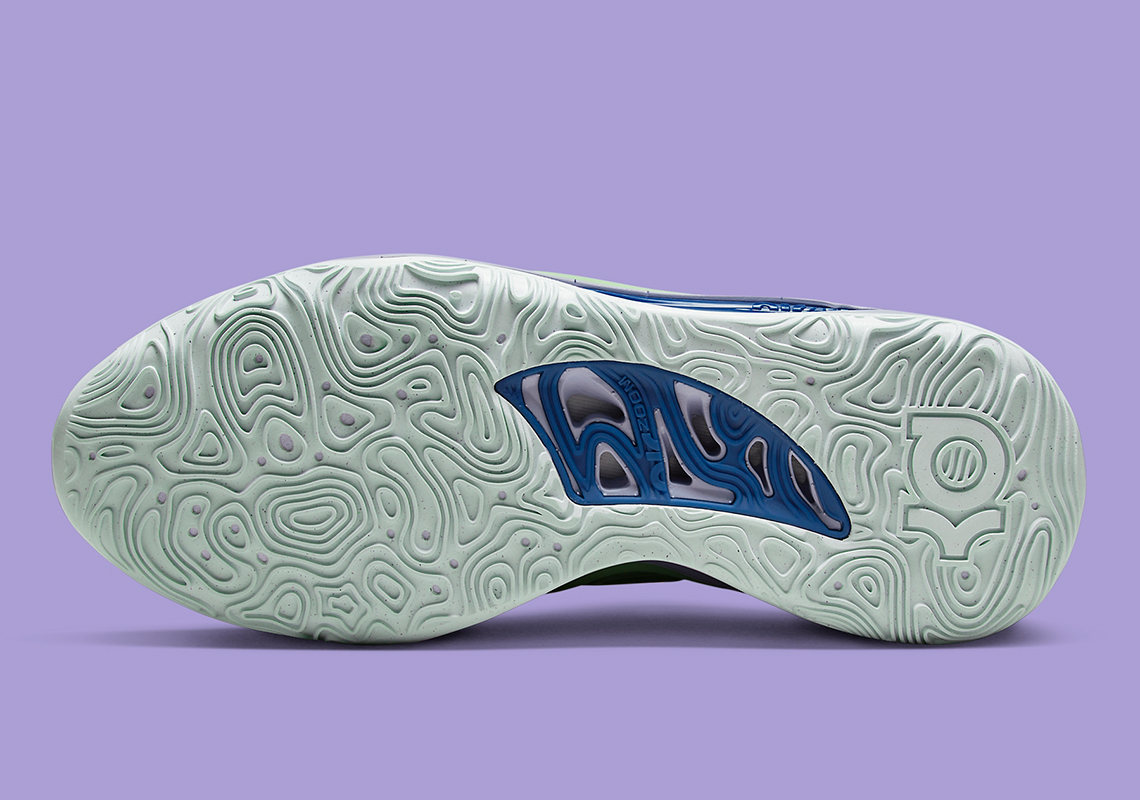 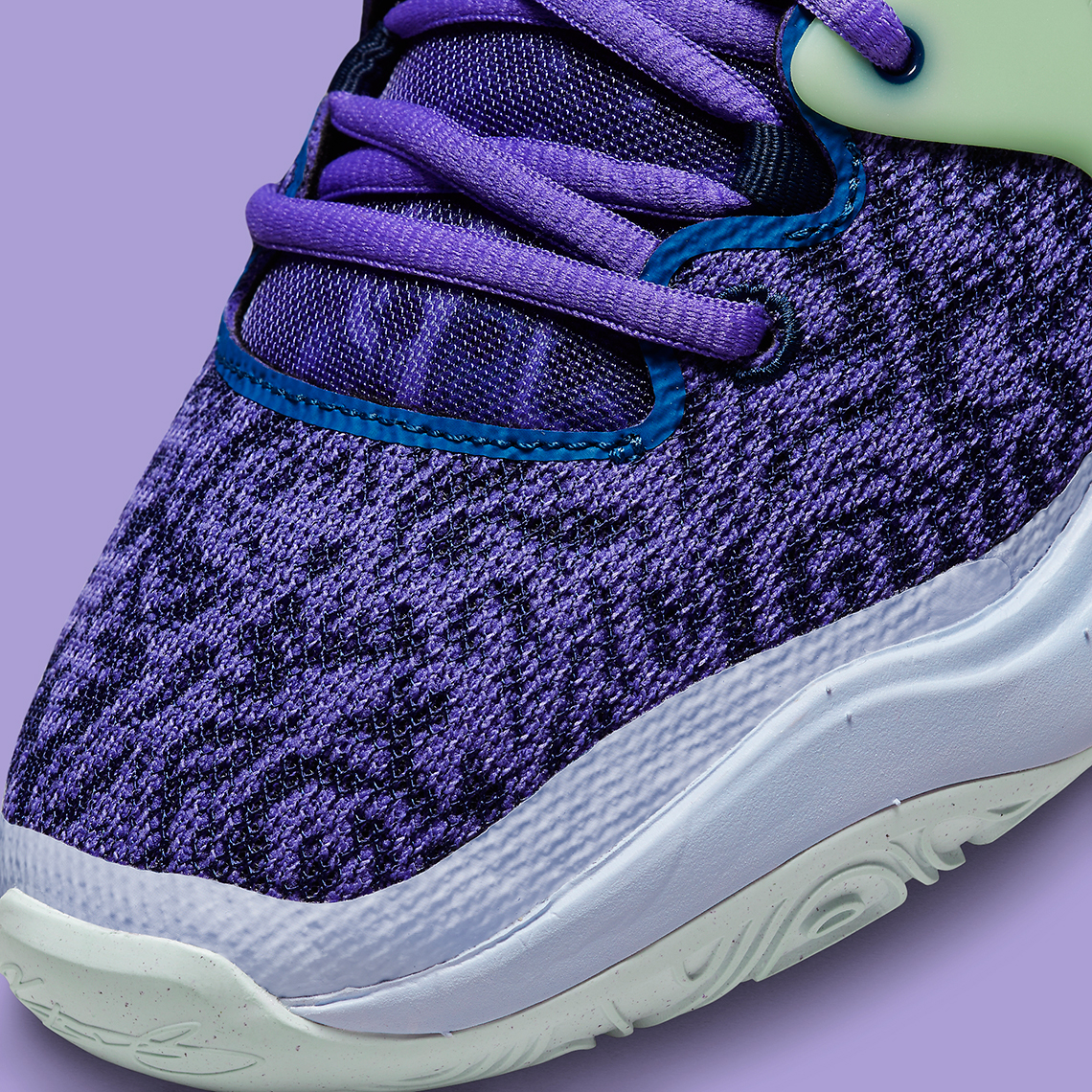 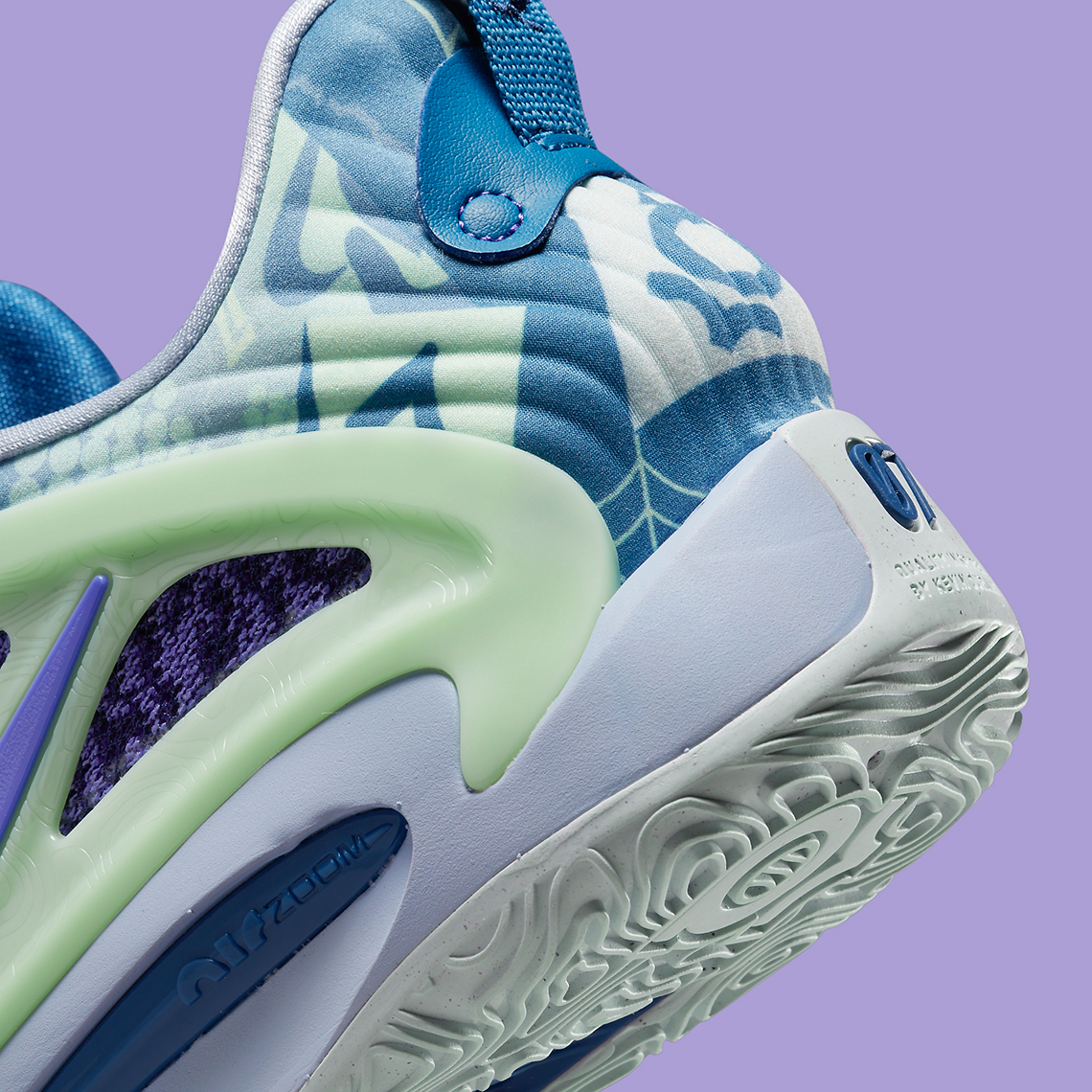