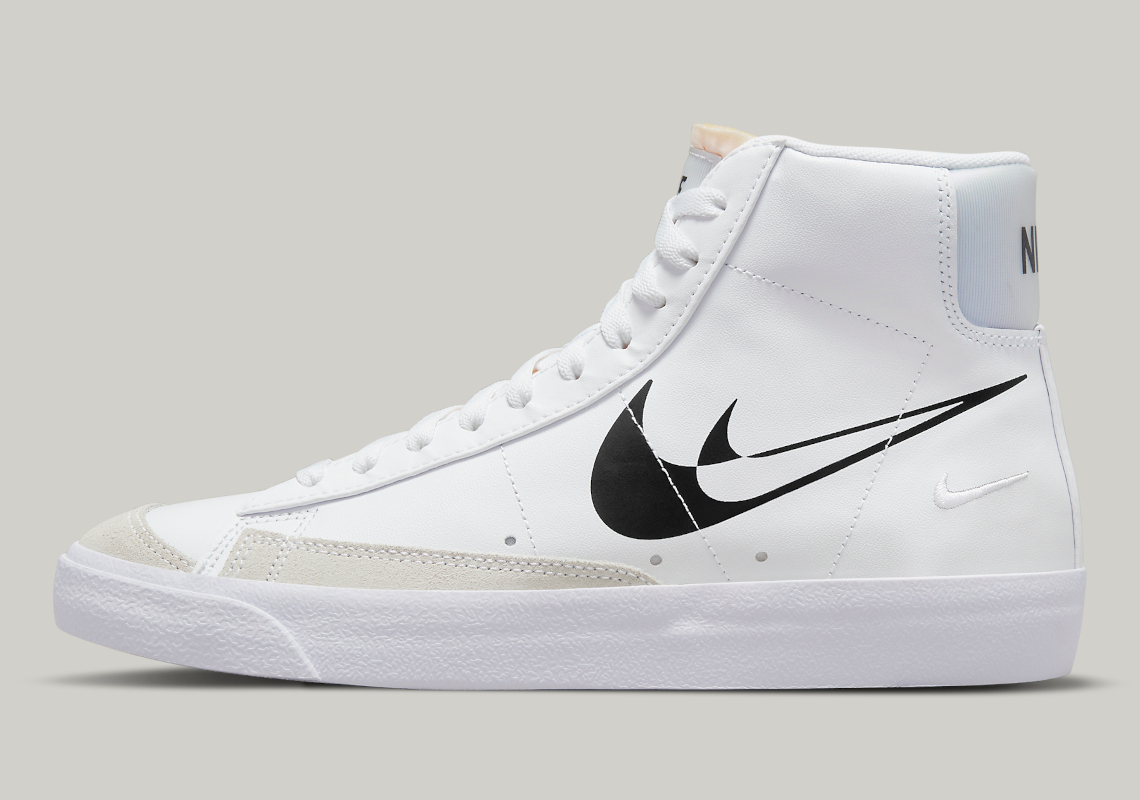 The Nike Blazer Mid ’77 may not be the first thing consumers think about when they think about “Nike Basketball,” but the silhouette helped jumpstart the Swoosh’s dominance within the North American basketball scene in the 1970s. Recently, the design has emerged in a “White/Black” colorway accompanied by multiple logos at the profiles.

Akin to the original iteration of the mid-top design, the upcoming pair indulges in a “colorless” smooth leather base across the upper. Suede reinforcement arrives at the tip of the toe and lateral forefoot, introducing slight grey contrast along the way. Branding on the tongue label and upper heel panel favor a pitch-black makeover, complimenting the stacked swooshes at the profiles. Unlike standard pairs of the Nike Blazer, the latest take on the ’70s offering features a miniature embroidered swoosh at the lateral heel, a detail potentially inspired by a larger Nike Sportswear collection. Lastly, sole units underfoot round out the ensemble in all-white.

No firm Nike.com release details have been disclosed by the brand, but that’s likely to change in the coming weeks. In the meantime, enjoy official images of the pair ahead.

Elsewhere under the NIKE, Inc. umbrella, the Air Jordan 1 “Georgetown” is set to hit stateside retailers on April 2nd. 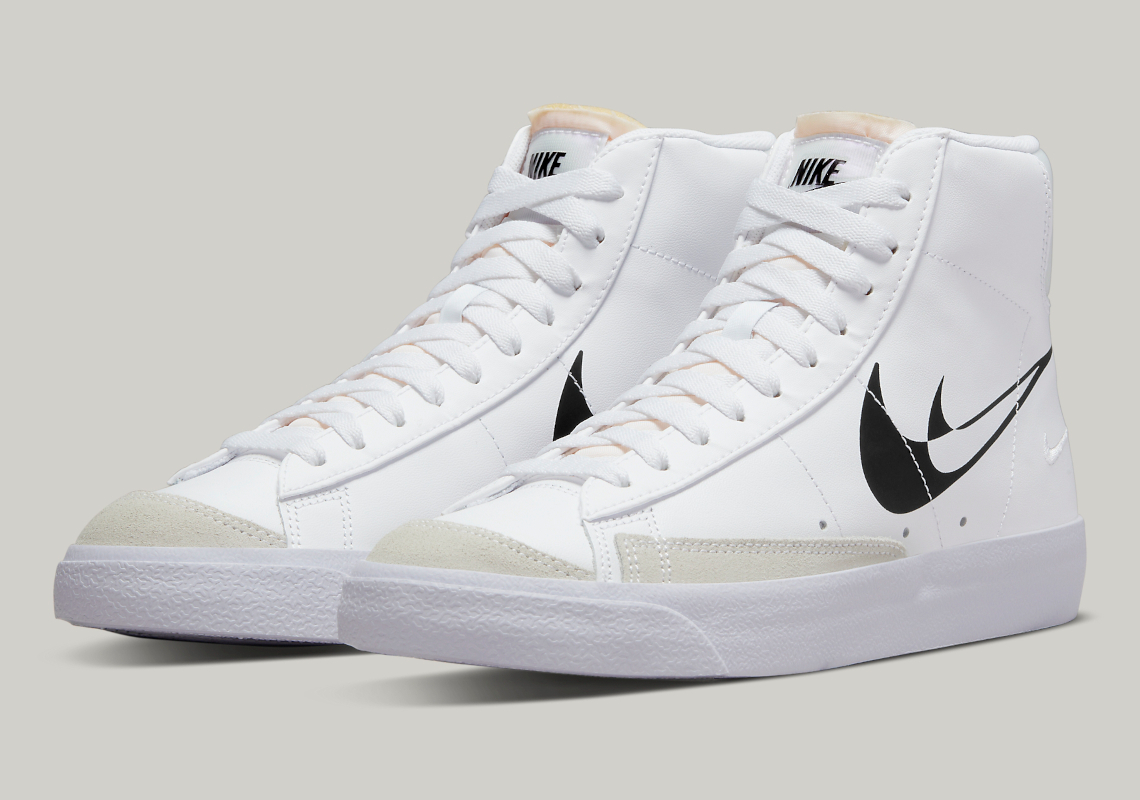 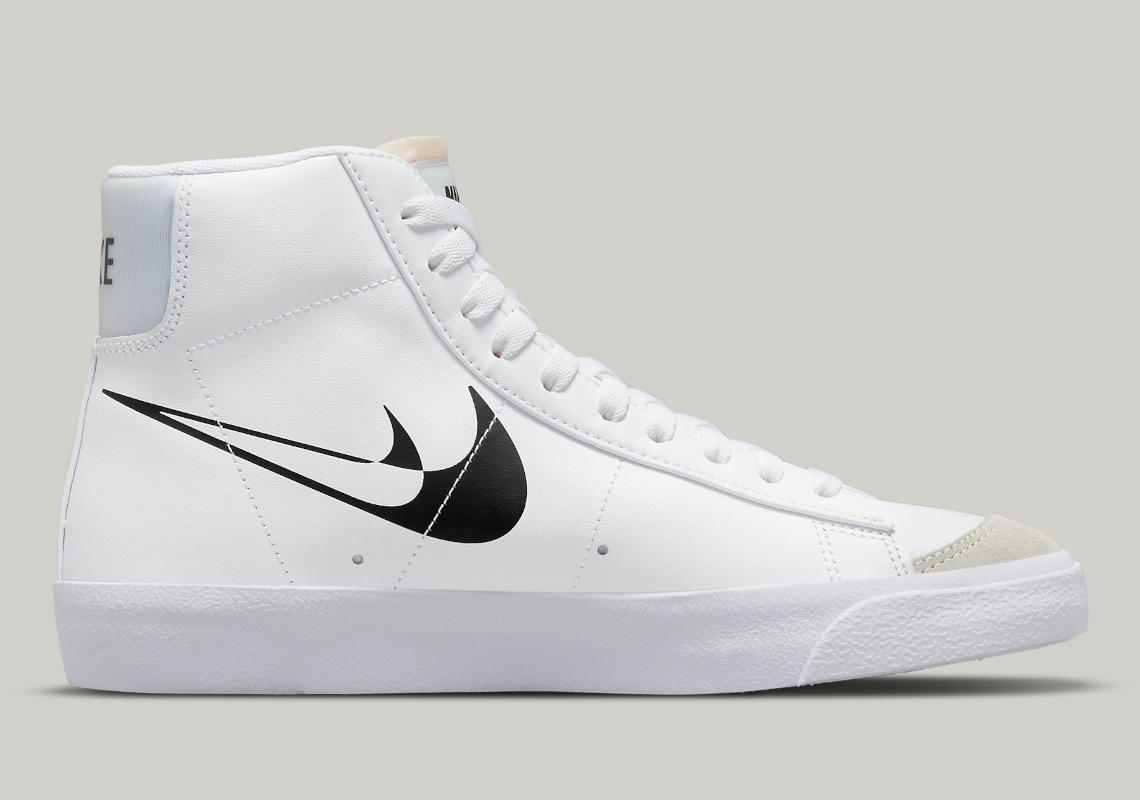 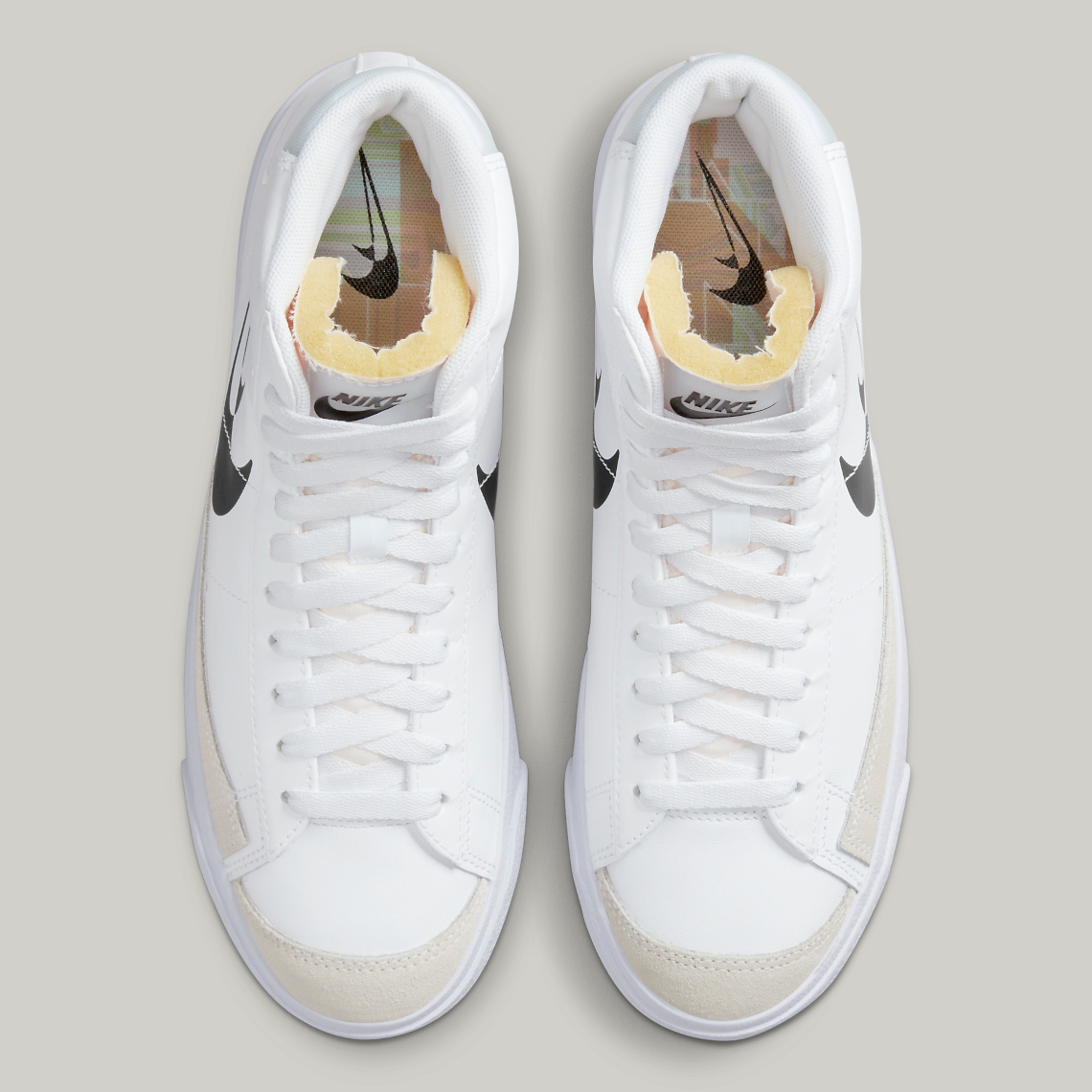 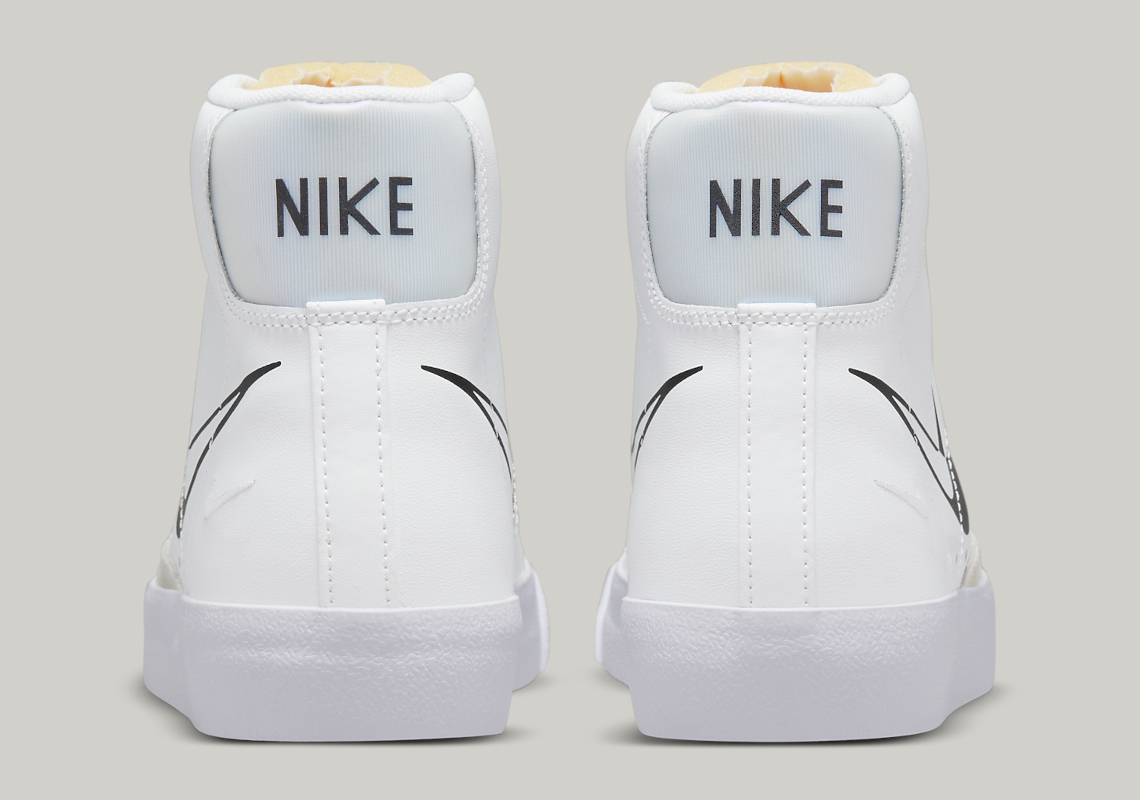 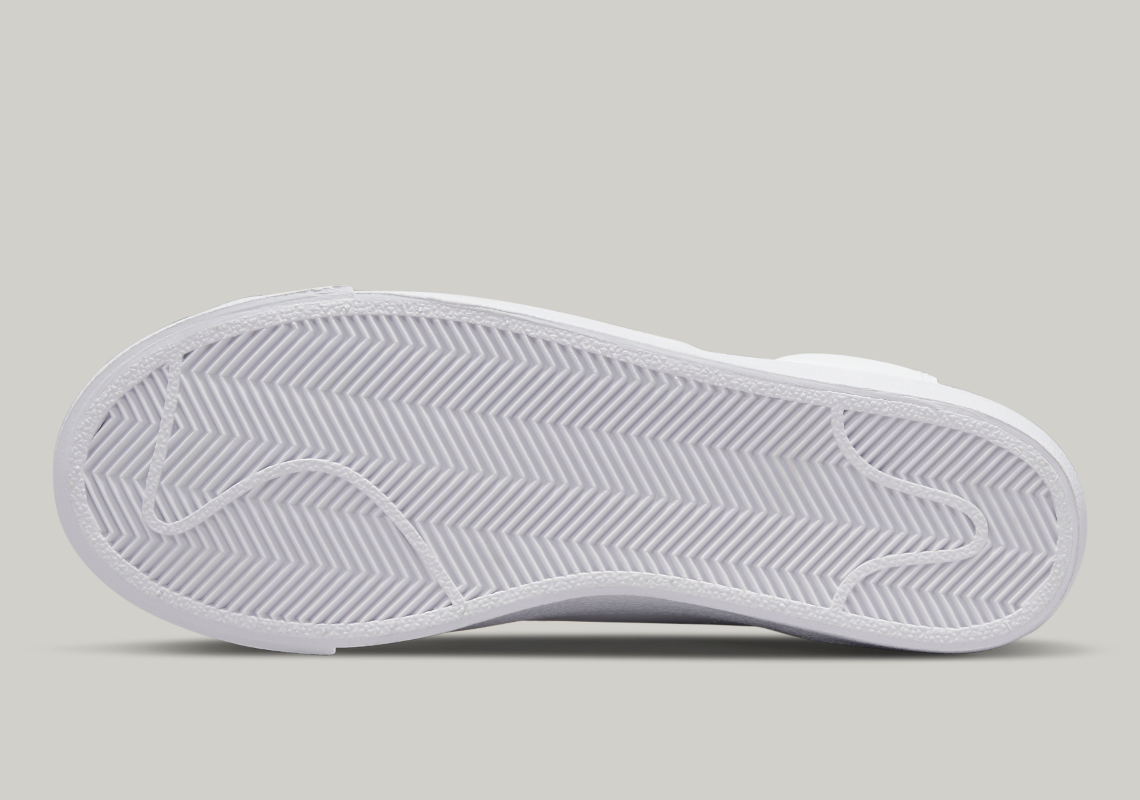 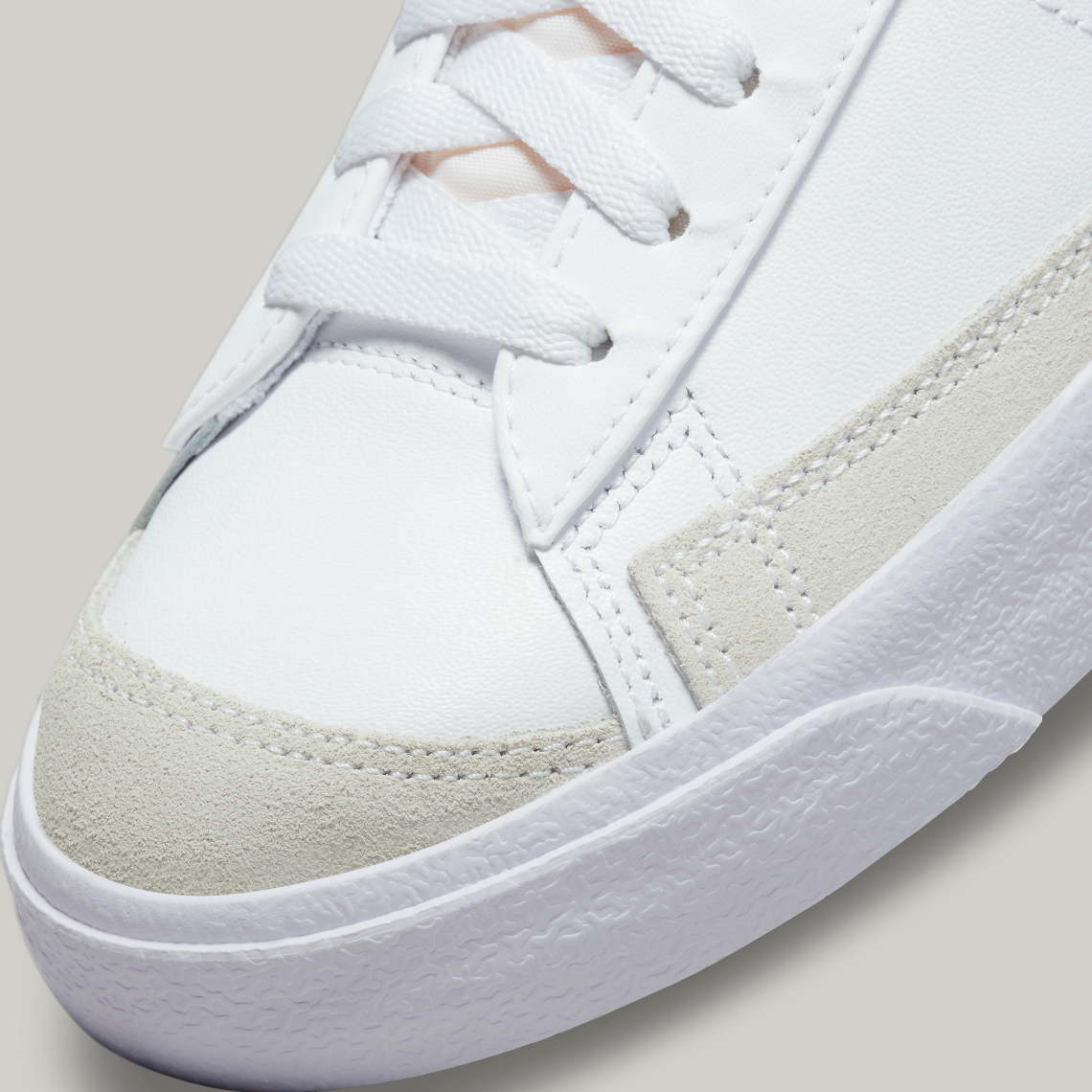 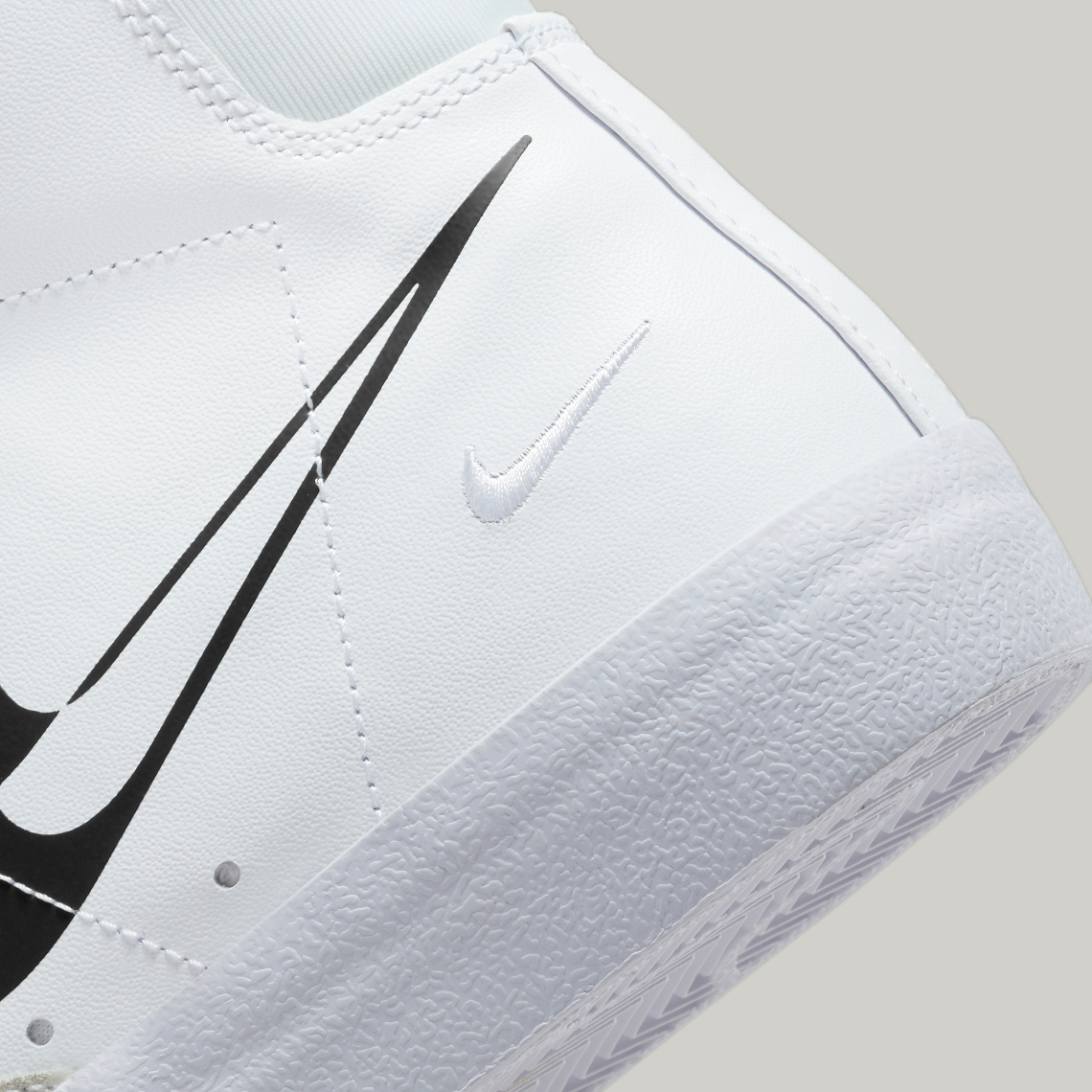