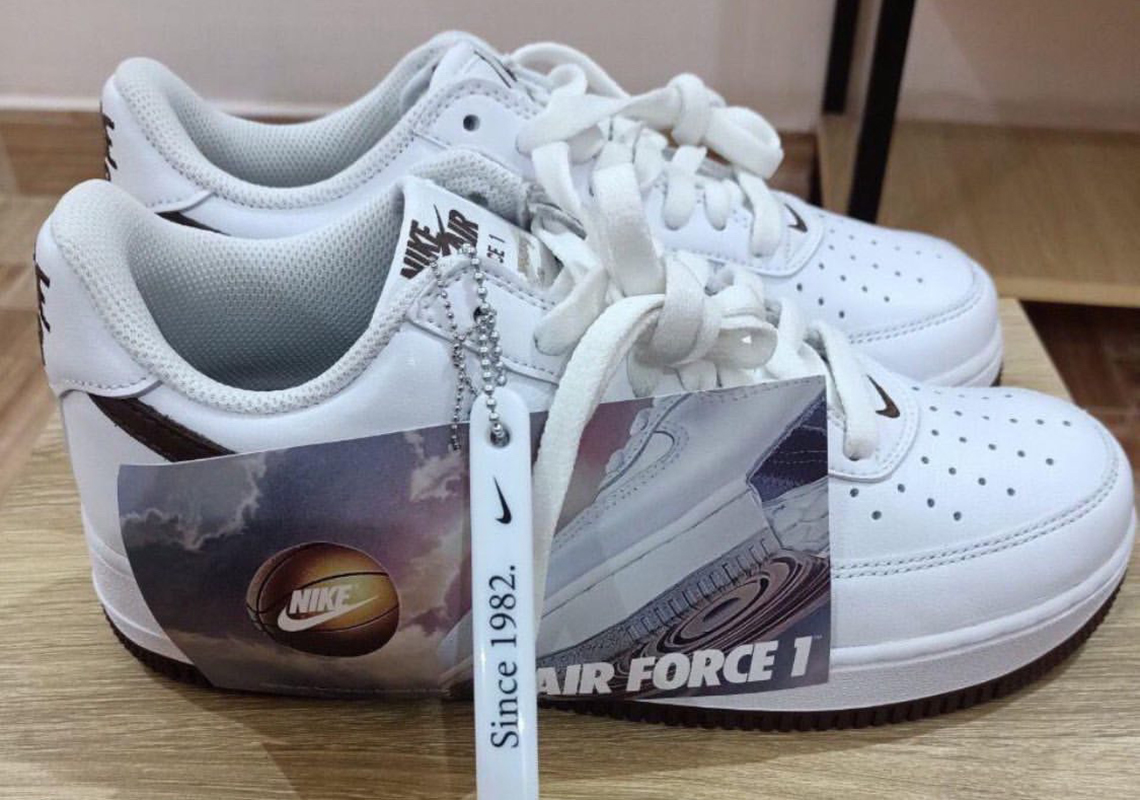 While Nike has yet to make any sort of official announcement on the matter, 1982 is indeed the big 40th birthday for the Air Force 1. Designed by Bruce Kilgore, this basketball shoe has since become the ultimate casual lifestyle shoe, spawning its own division within Nike Sportswear as the business around the AF1 has grown immensely. Anniversary celebrations are quite important for the AF1 because of its influence and staying factor in the sneaker game; in 2007 the AF XXV campaign saw the unveiling of a completely modernized version of the Air Force shoe for basketball, while the XXX in 2012 introduced several lifestyle iterations of the model such as the Air Force 1 Foamposite and the VT styles. Since then, the Air Force 1 has expanded exponentially as the business continued to grow, with iterations such as the Shadow and Pixel made just for women.

2022 promises a new page for the Nike Air Force 1 history books, and it all begins with this Anniversary Edition that aims to bring the silhouette back in its most true-to-the-original form. A gigantic hangtag featuring a snippet of the illustrated print-ad comes attached, while the tongue is gilded with Anniversary Edition in cursive embroidery. Perhaps the most interesting detail is the attached toothbrush, a nod to a time when people carried the tools around to give the shoes a quick cleaning.

There’s more to this Air Force 1 than what we can see in these leaked image, so stay tuned for an official announcement because there’s plenty to come for the Air Force 1 in 2022. 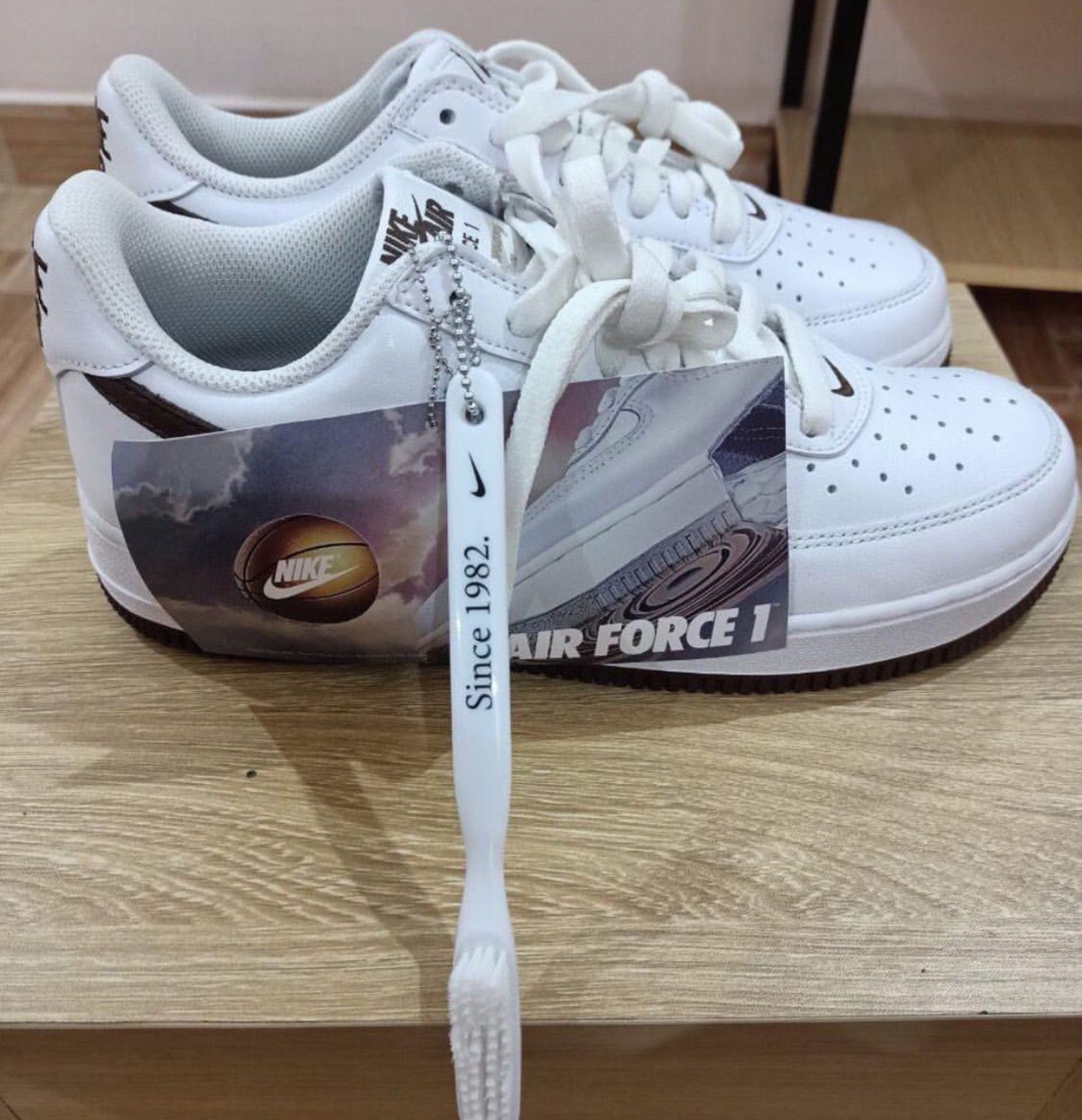 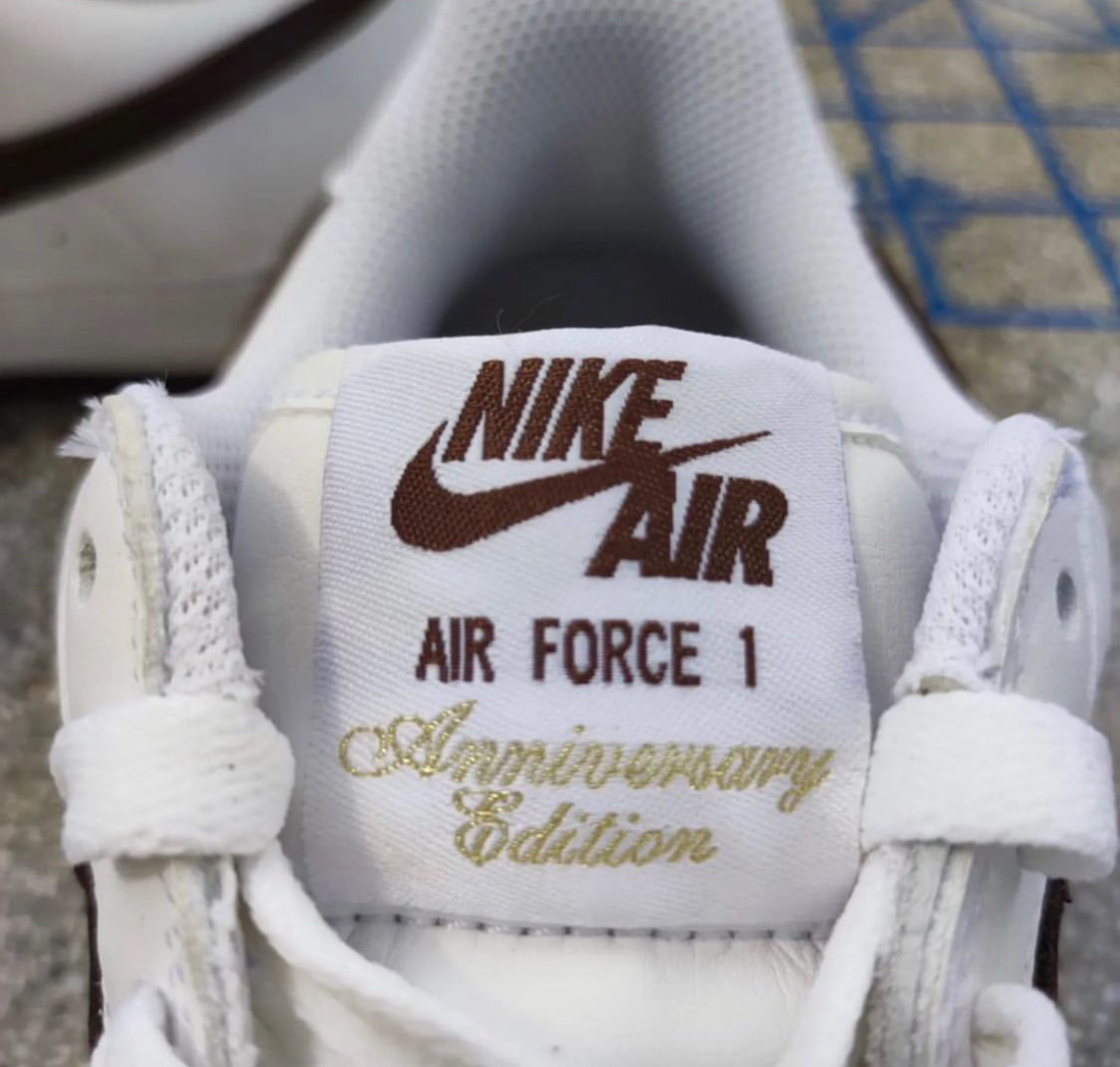 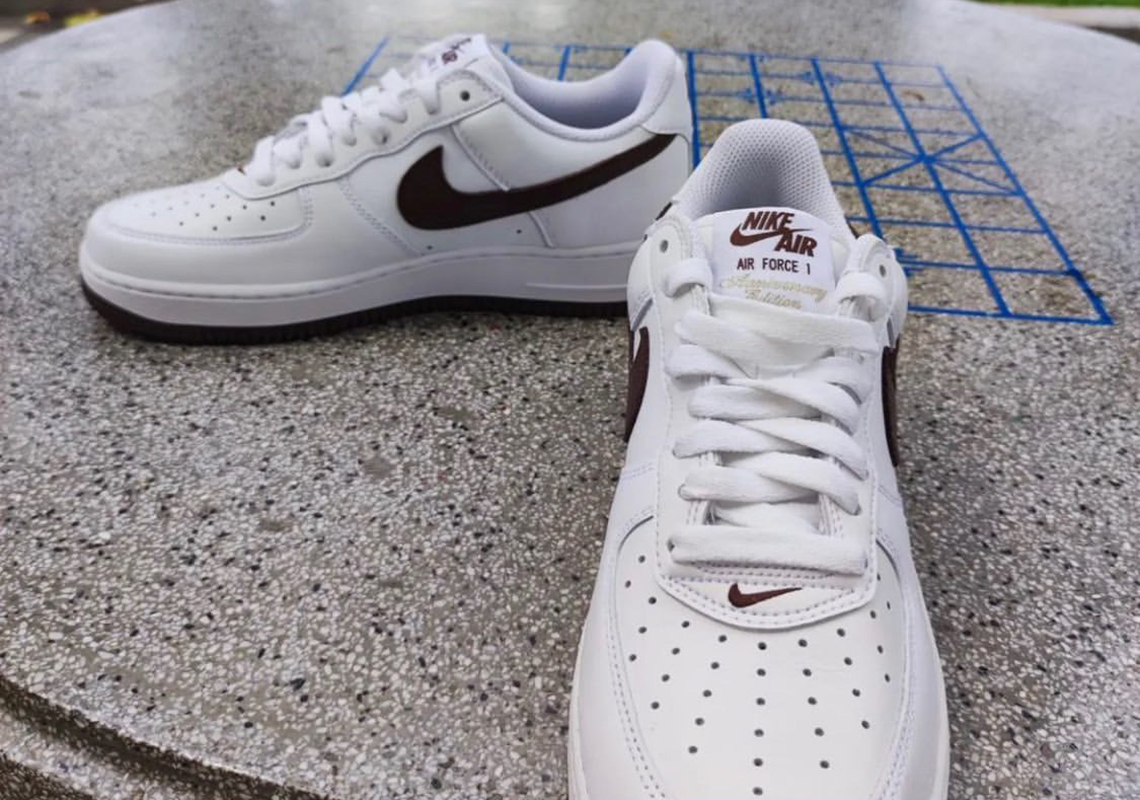