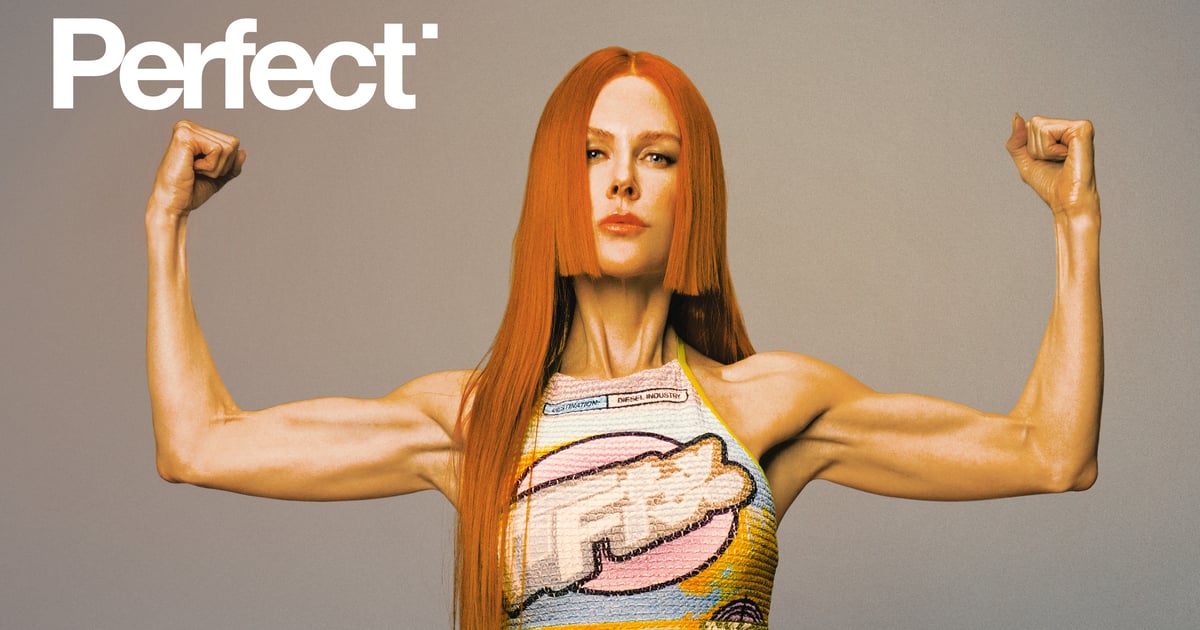 Nicole Kidman continues to show her affinity for the micro-miniskirt trend on the cover of Perfect magazine‘s 03 issue. Kidman, 55, was styled for her cover shoot by Robbie Spencer in a Diesel by Glenn Martens look that featured the “tire”-style wrap skirt from the label’s fall 2022 runway show. Originally debuted in red and brown, the design is essentially a strip of leather secured around the hips that just barely skims the top of the thighs.

The editorial, photographed by Zhong Lin with creative direction by Katie Grand, received immediate praise from fellow actors Kerry Washington, Indya Moore, Rita Wilson, and Naomi Watts, the latter writing, “Wowza all of these pics!! And those abs nic!!! 🙌💪🔥,” as soon as Kidman posted it to her feed.

The “Big Little Lies” producer also wore looks from Y/Project and Jean Paul Gaultier Couture in the shoot. She commented on the photo-shoot experience in a press release, saying: “As I always say, ‘I’m gonna do what I want to do.’ That’s probably why I click with photographers, as I’m not here to stamp myself on you, but rather you stamp yourself on me and for us to grow together. Let’s play!” For the accompanying story, Kidman spoke to Jason Campbell about her creative endeavors on screen and on the runway, including her recent appearance at the Balenciaga Couture show.

Kidman also memorably posed for Vanity Fair‘s 28th annual Hollywood issue in a low-rise skirt by Miu Miu. She later told Baz Luhrmann that she “begged” to wear the viral look during an interview for Vogue Australia. “I showed up and they had another outfit for me and I was like, ‘No, no, I like this one! Am I allowed to wear that?,'” she said. “And [the stylist] Katie Grand, who’s just fantastic, was on Zoom, and Katie was like ‘You’re willing to wear that?!’ And I said, ‘Wear it?! I’m begging you to wear it!'”

Ahead, check out Kidman’s Diesel skirt on the runway.