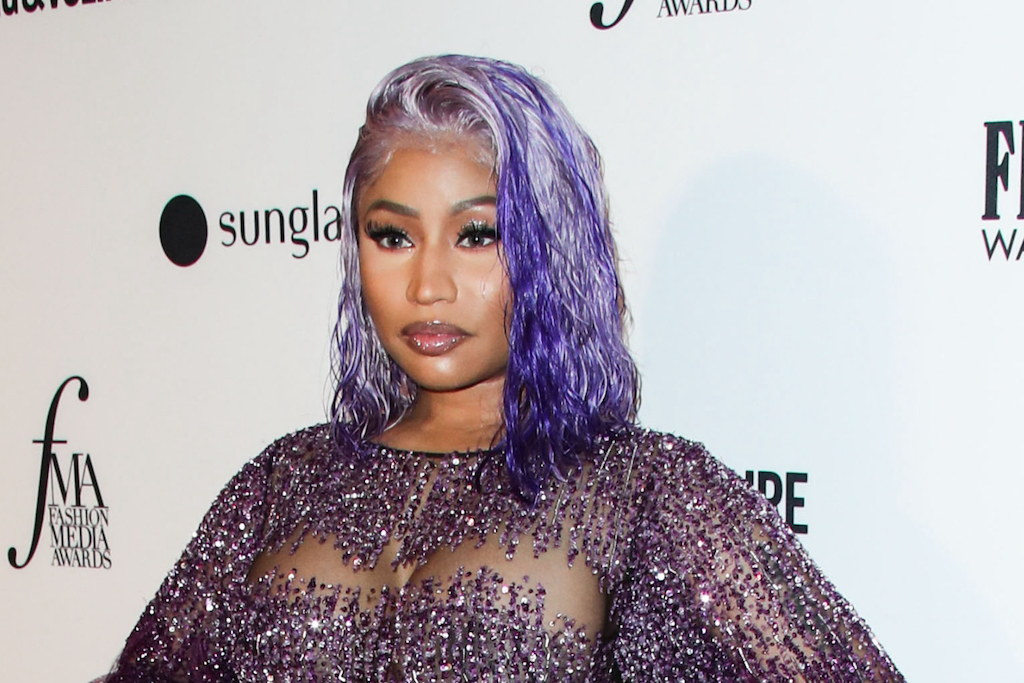 After the release of her viral single “Super Freaky Girls”  on Friday, Nicki Minaj took to TikTok to celebrate.

The rapper participated in her own trend yesterday, lip-syncing to the remixed song, which took the app by storm in July, even before the song’s release. With over 167.0K videos already under the song only a day after its release, the hype surrounding it truly speaks to Nicki’s hold on the music industry and popular culture.

The video sees Minaj showing off her outfit of the day, with the rapper clad in a blue and white sweat set featuring micro shorts and an oversized zip-up sweatshirt. The casual cozy set was paired with a plethora of maximalist accessories from dazzling stacked chains to a blue and white Dior visor. The “Starships” songstress doubled up on the bags and wore a mini blue crossbody bag with a gold chain strap with a monogrammed Dior bag that matched the visor on her head.

In the short video, Minaj hit a shoe home run in pointed cobalt blue pumps with eye-catching sparkling ankle straps that popped on her feet.

The rapper’s recent pairs have included thong and ankle-wrap sandals by Bottega Veneta and Gianvito Rossi. Her off-duty looks regularly feature slides and chunky sandals from Off-White, as well as Louis Vuitton and Celine. Beyond her impressive and long-running rap career, Minaj is also a big star on the fashion scene from her bold and colorful attire over the years, even commanding front row seats for brands like Balmain, Oscar de la Renta, Carolina Herrera and more. The rapper has also collaborated on clothing lines and a range of accessories with the likes of Fendi, H&M and K-mart over the years.