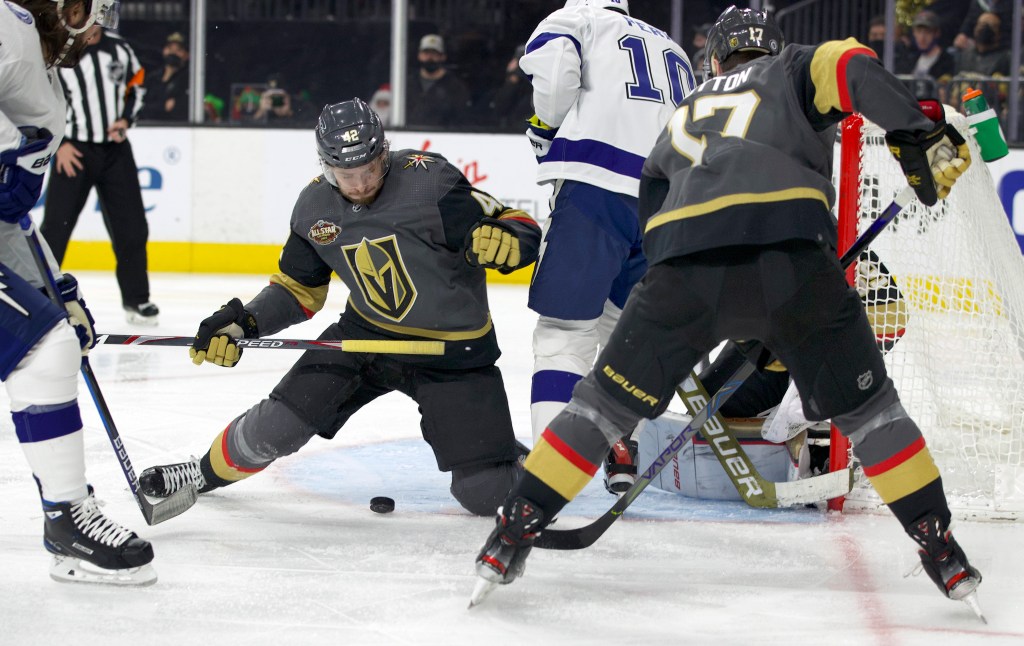 The NHL confirmed today that it will resume play Tuesday after being shut down since December 20 amid the global surge of Covid and its omicron variant.

The league also postponed three more games set for this week — bringing the overall number to 70 — and is bringing back the “taxi squads” that were introduced when it resumed play after the Covid-shortened 2019-20 season.

But the NHL is set to return Tuesday in three cities as the Lon Angeles Kings host the Vegas Golden Knights, the Tampa Bay Lightning face the Montreal Canadiens in Florida and the Arizona Coyotes visit the San Jose Sharks.

This week’s scrapped games are the Chicago Blackhawks-Winnipeg Jets on Wednesday in Canada and home-and-home tilts between the Dallas Stars and Colorado Avalanche on Wednesday in Denver and Friday in Texas. Makeup games are TBA.

The league confirmed last week that its players will skip the 2022 Winter Olympics in Beijing over Covid fears.

Meanwhile, in a move aimed at minimizing the need for teams to play with fewer than the usual 18 skaters on a side, the league is bringing back the taxi squads from its Covid-shortened seasons. Each team is allowed a stand-by group of as many as a half-dozen players — a move that will be in effect until at least the All-Star Break, which is set for the first week of February.

After each club’s final game before the All-Star Break, its taxi squad will dissolve, the league said.