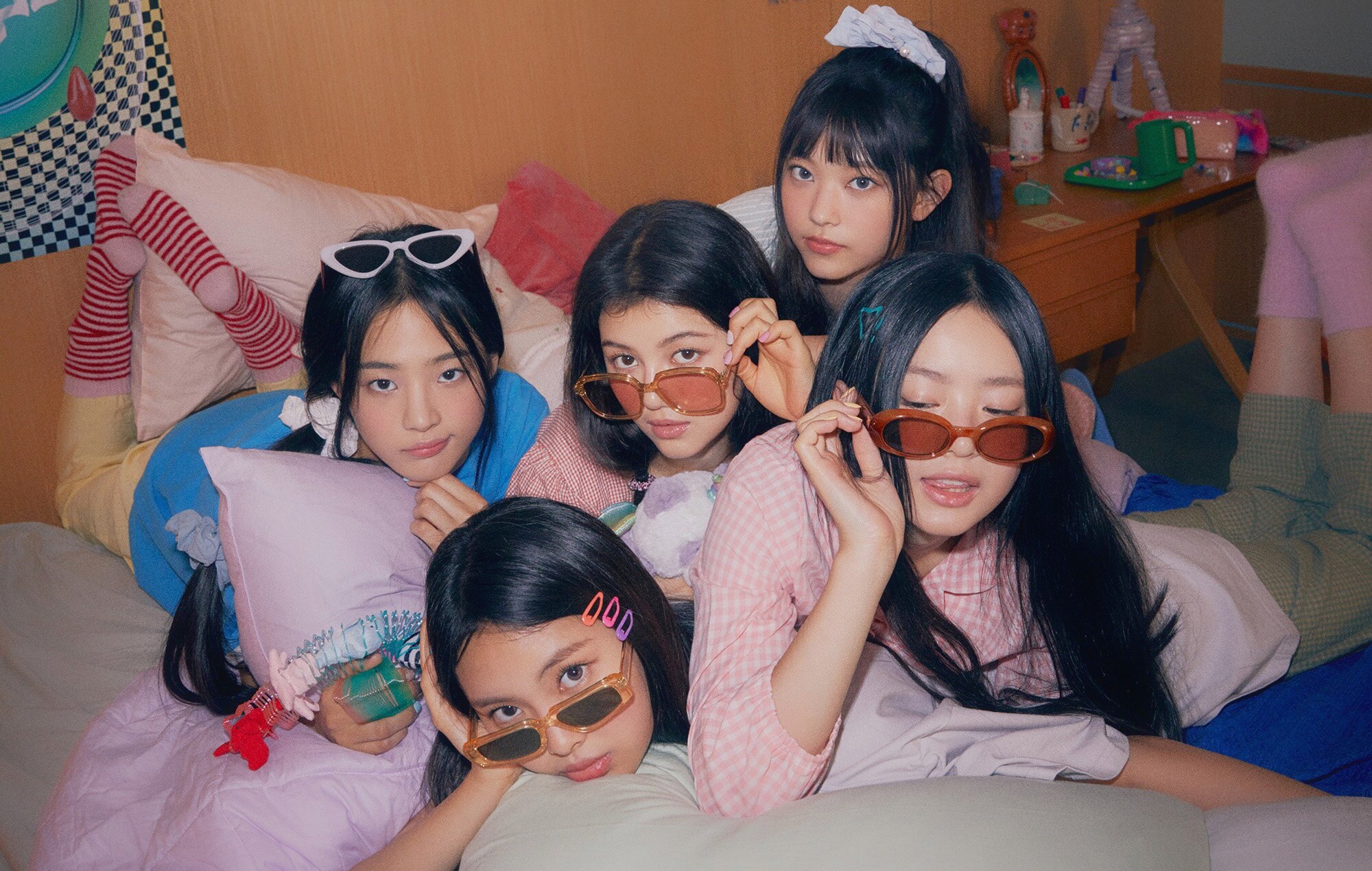 On December 12 at midnight KST, NewJeans unveiled the first teasers for their upcoming single album ‘OMG’, due out on January 2. Ahead of the release, the quintet will drop the B-side ‘Ditto’ on December 19 at 6PM KST.

Among the new teasers is an animated poster for ‘Ditto’, which appears to include lyrics from the upcoming song. “Stay in the middle / Like you a little / Don’t want no riddle,” reads one section of the graphic.

NewJeans have also unveiled two logo teasers for the comeback, inspired by ’90s Christmas visuals. Both teasers feature a rabbit – symbolising the group’s fanbase, known as “bunnies” – leaping in the middle of the logo.

‘OMG’ will be NewJeans’ first-ever comeback since the quintet debuted with their self-titled EP earlier this year. The rookie girl group followed an unconventional release rollout, in which the music video for their debut single ‘Attention’ was released on YouTube without prior announcement.

This was later followed by visuals for their second single ‘Hype Boy’ and B-side track ‘Hurt’, before the record’s third single ‘Cookie’ arrived on August 1 with the digital release of their EP.

The EP’s second single ‘Hype Boy’ was ranked Number 26 on NME’s list of 50 best songs of 2022, in which Rhian Daly described the track as “the jewel in their crown”, praising its “flashes of ‘90s R&B melded with modern pop production.”