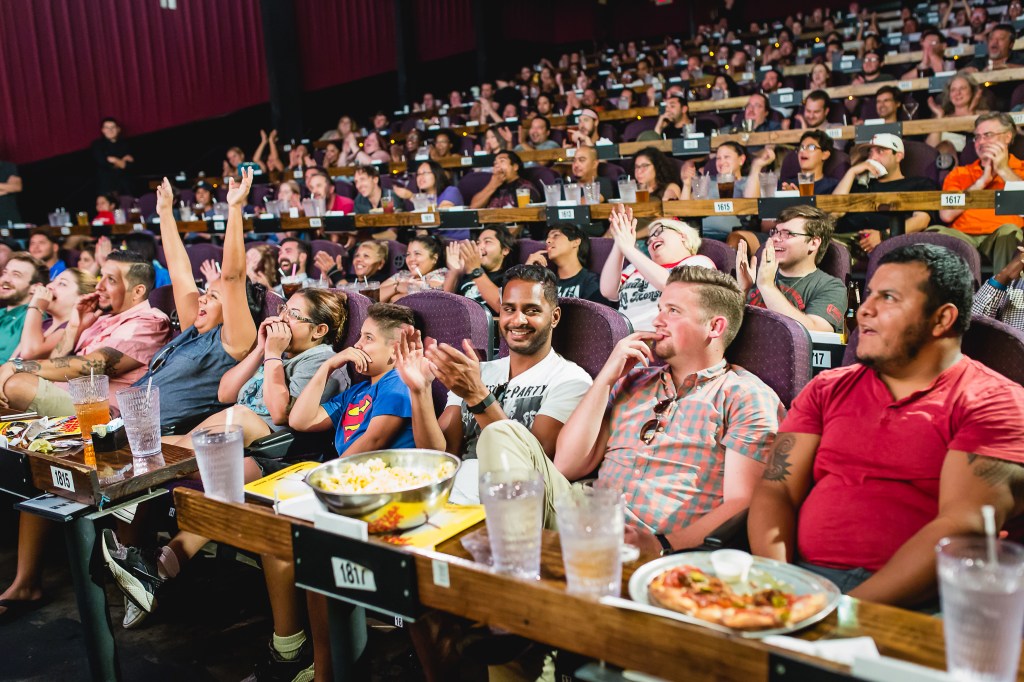 The New York State Liquor Authority has ruled that all movie theaters can apply for a new or revised liquor license that would let patrons take drinks to their seats, a move that Joe Masher, president of New York NATO and chief operating officer of Bow Tie Cinemas, called a “long-due and tremendous win for movie theaters across New York State.”

Currently, cinemas must have a full kitchen with staff serving beverages to patrons in seats — i.e. Alamo Drafthouse. Otherwise, patrons can buy a alcoholic beverage at concession stands but must chug then in the lobby.

“This decision will allow for historic theaters, independent cinemas, and theater circuits to responsibly sell and serve alcoholic beverages to patrons at the concession stand. Before today, a movie theater was only allowed to serve alcohol to patrons if they consumed it within a lobby cafe area or in a dine-in theater. New York State was among the last places in the country where this was still restricted,” said MAsher.

“As moviegoers continue to return to the big screen and given the incredible economic disruption the pandemic has caused, this will help keep many independent, local theaters, particularly in upstate downtowns and commercial corridors, in business and employing local people. Cheers,” he said.

Theaters in NY state and city were slammed by Covid and among the last public venues allowed to reopen by former Gov. Andrew Cuomo. As with most of the nation, ticket sales since have been selective — booming for big franchises titles like Spider-Man: No Way Home but slow to recover for adult oriented films and arthouse fare.