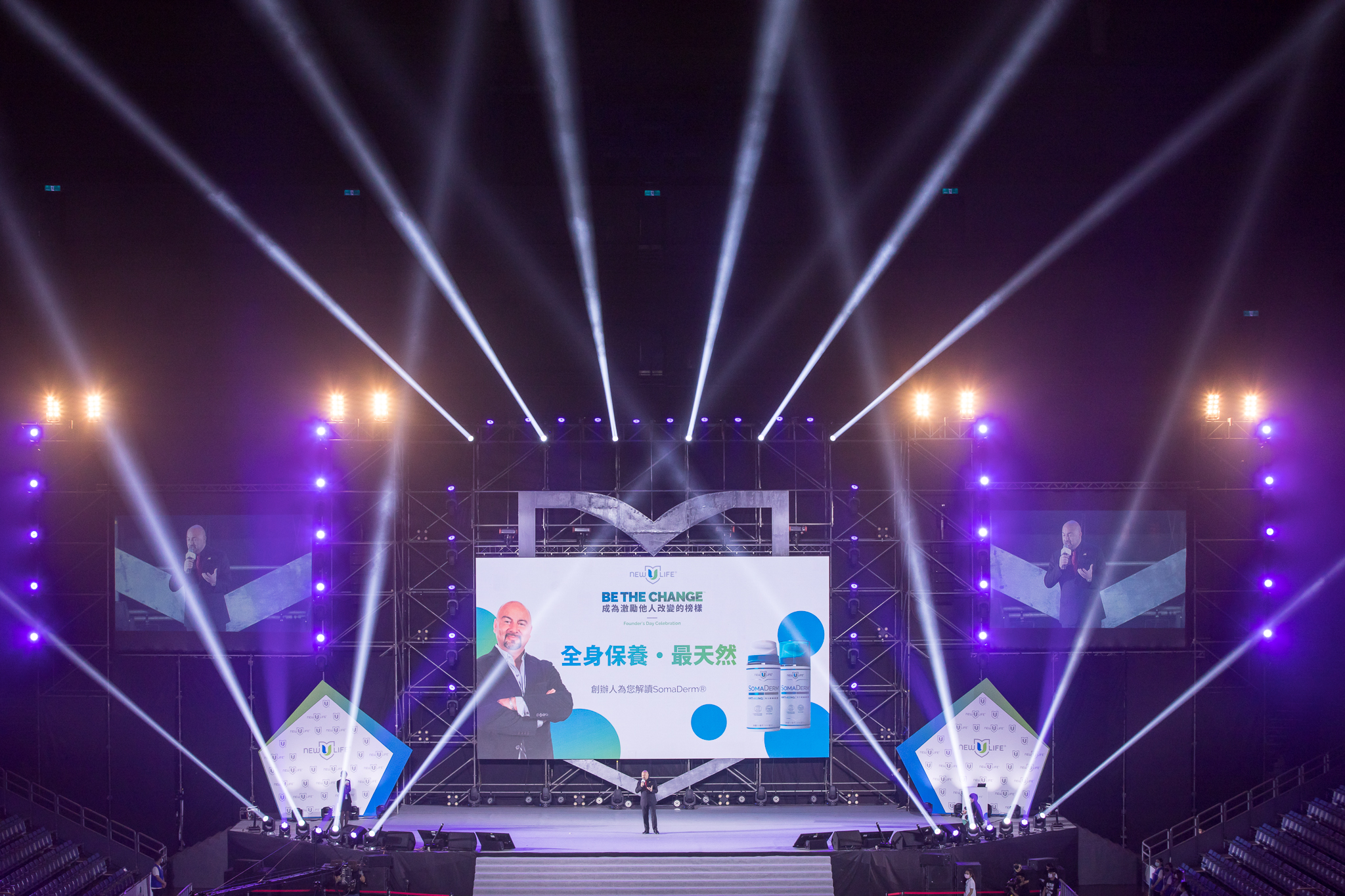 Back in 2021, New U Life, a health and wellness company founded by Alexy Goldstein, held an event in Taiwan that celebrated its Taiwan members for their remarkable business achievements within the company. Though the company is based out of the United States, they have a significant presence in Taiwan, Hong Kong, and mainland China.

“It’s been 10 months, but we still care very much about our members and partners overseas,” says Goldstein.

“We wanted to make sure they were aware of that. So, we wanted to put on an event with giveaways, save some of our big announcements, and get people excited to be there. We even managed to get Roger Yang, the Taiwanese rock musician, for a performance — I was pretty happy about that.”

Last year, on March 6, 2021, the Founders Celebration attracted participants, remote and in person, from Taiwan, Hong Kong, and mainland China. Goldstein took the chance to make several big announcements that had a large effect on the Chinese market.

“We love to be able to give away what we make,” says Goldstein.

“New U Life is built around making people’s lives better, and we’re excited to be able to contribute to charities that we believe in. We let people know at the Founders Celebration what charities we were supporting and how much we were going to give, and they were all excited and supportive.”

The U Fund program through New U Life is their charitable arm, and they have been busy. U Fund has funded a venture called Green Ark, which is a children’s dance and chorus program. They also donated significant sums of money to the American Red Cross, FEJ-USA and Operation Underground Railroad (an anti-trafficking organization).

To date, the results have been better than expected.

“Tianfu Tianmeishi (Xiamen) Biological Technology Co., Ltd. is a quality company that we are proud to cooperate with,” says Goldstein. “This will allow us to support our New U Life family and member base in mainland China, providing more opportunities to share our powerful products with the world.”

Goldstein spent a great deal of time at the event talking about SomaDerm® gel and the founding of New U Life. It’s a subject he’s passionate about. New U Life came about in the first place because he wanted to help people.

“I started with retail,” says Goldstein.

“Even in college I was thinking about ways to improve what we were doing with selling supplements, and eventually I thought: what if I could come up with something that was better than what we were putting on the shelves? That was the genesis of New U Life. Business is business, but this for me is more than just a business.”

That was the central theme of the event: why New U Life, how it was changing people’s lives, and what it could do in the future — not just in the United States, but in Hong Kong, Taiwan, and mainland China. At the time of the event, Goldstein noted that the future was bright for New U Life overseas. Ten months later, that prediction has held true.

“We’re ready for this. Cooperating with Tianfu Tianmeishi (Xiamen) Biological Technology Co., Ltd., showing appreciation for our customers over there … this is a worldwide company and a worldwide effort, and we want to make sure people are included,” he says. “Good health should be something available to everyone, and we’re trying to make that a reality.”