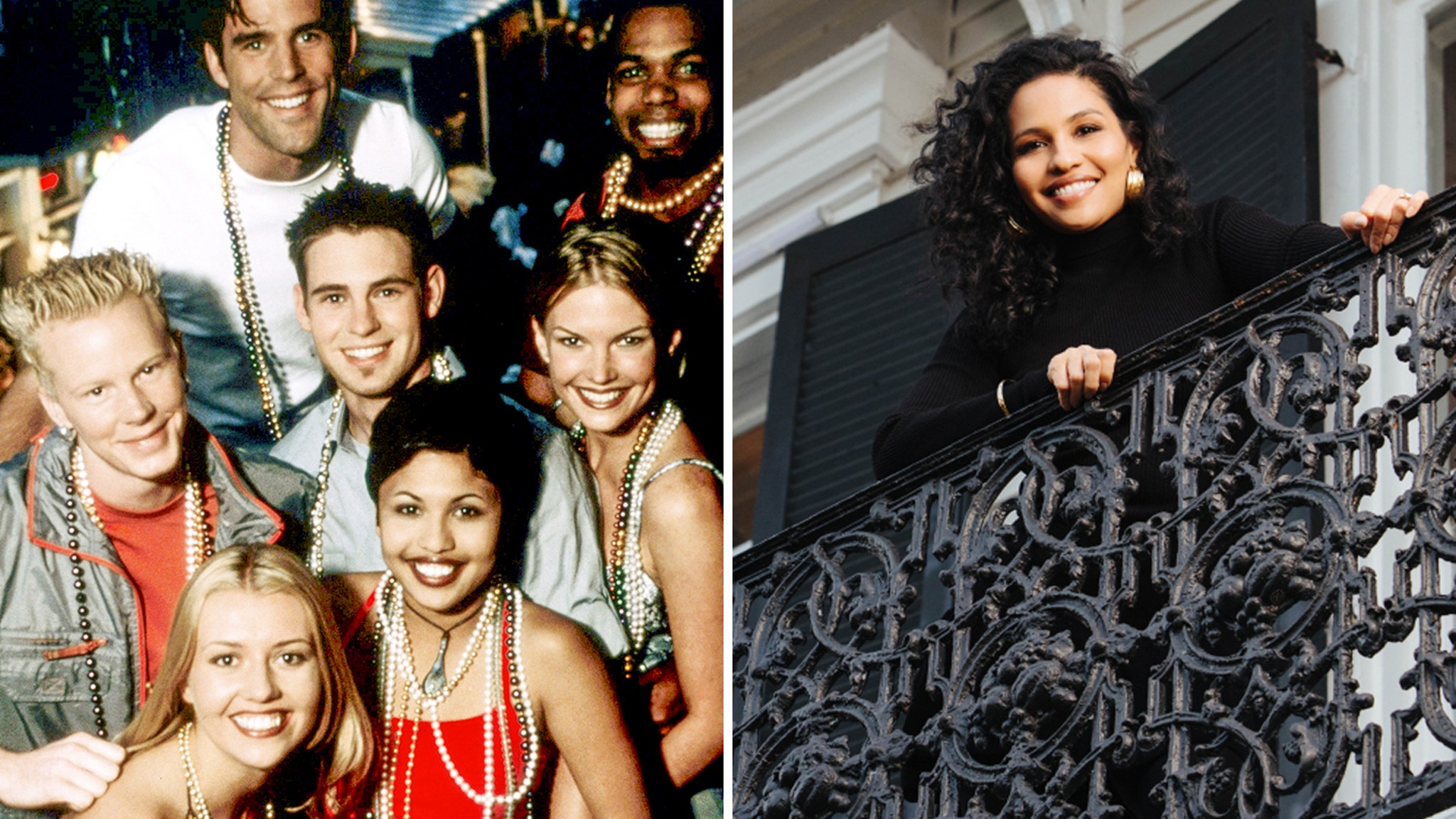 “It was a highly charged and interesting and therapeutic and restorative and crazy two weeks.”

In 2000, Melissa Beck became a fan favorite when she starred on the ninth season of MTV’s “The Real World.” Set in New Orleans, the season went on to became a classic one and, for viewers of a certain age, one of the show’s very best offerings thanks to its memorable cast.

The season addressed the controversy around Don’t Ask, Don’t Tell as gay roommate Danny Roberts dated a military officer whose face had to be blurred to protect him from being discharged, highlighted the wide-eyed (and sometimes problematic) innocence of then-Mormon Julie Stoffer and gave us the anthem that is “Come On Be My Baby Tonight.” Viewers got strip teases, Mardi Gras madness and quite a few important conversations about race. It was a roller coaster of a season.

22 years later, the entire cast is back for “The Real World Homecoming: New Orleans,” with Beck appearing alongside former roommates Danny, David “Tokyo” Broom, Jamie Murray, Matt Smith, Julie Stoffer and Kelley Wolf. While a lot has changed for them all in that time, the show wastes no time resurfacing some of their two-decade-old drama — with long-simmering tensions between Melissa, Danny and Julie erupting almost immediately.

Speaking with TooFab ahead of the reunion’s Paramount+ premiere, Beck opened up about what her life has been like since her reality TV days, and why she decided to return — before teasing some of the goodies to come for viewers. 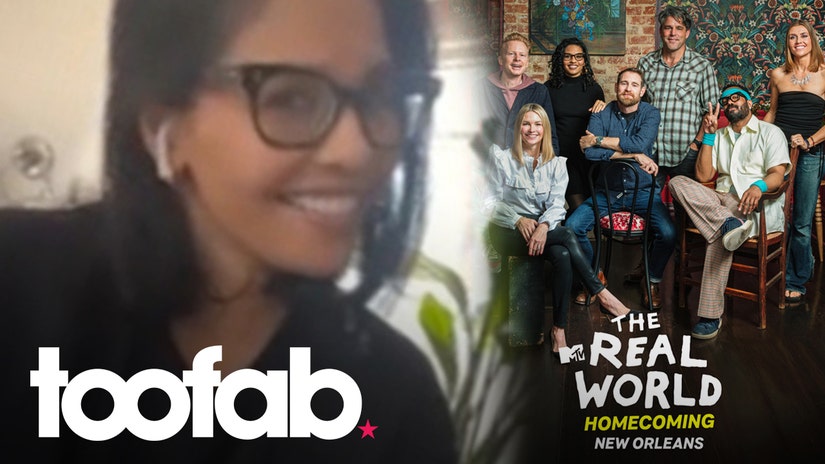 “What happens after the show is you get into the grind and you chase the dream because the opportunities are presented to you to try out for things and become a bigger version of your Real World self. But then you hunker down and have a private life,” said Beck, who also appeared on “Real World/Road Rules Challenge: Battle of the Sexes” in 2003 with Jamie, Tokyo and Julie.

“So I’ve been over here minding my business, drinking my water. I got kids, I got a husband, I got a mortgage, so when the opportunity presented itself, it was both flattering and daunting at the same time,” she continued. “But ultimately, it ended up being a good decision because I have loved reconnecting with everybody. We had lost touch for many, many years, so it was really cool to reconnect.”

While nearly everyone lost touch with each other, both Melissa and Danny had major falling outs with Julie shortly after their original season. Though Melissa and Julie ended their time in New Orleans planning to live together in Los Angeles, that fell apart completely after Beck confronted Stoffer over some shady business dealings on “Battle of the Sexes.” In a very heated and memorable moment, Melissa accused Julie of slamming her to colleges who would have booked her for speaking engagements — painting it so Stoffer would be a better option for them instead. Julie was then eliminated from the show and, it seems, the two never really addressed things again. Until night one of the reunion, that is.

“Listen, run the tape back, I feel like I addressed it fully in Jamaica. This was back in the day when they had the blog on MTV and you could air out your side of the story, so I feel like I did it on TV and I also did it in an online form, which I’m sure exists somewhere in a Wayback Machine,” Beck said of their history and having to face it again so many years later. “So I didn’t have any trepidation going in, because I didn’t do nothing wrong to that lady. I came into the house like, if she’s ready to address it, she can if she wants. But the onus wasn’t really on me. I wasn’t really tripping about that.”

“Even outside of that, it was a highly charged and interesting and therapeutic and restorative and crazy two weeks, any way you slice it,” Beck continued. “We’re talking about seven different personalities who have all gone on to become adults who have all processed their original ‘Real World’ experience in whatever ways they did, so I think even outside of that particular interpersonal dynamic I had with [Julie], the show itself and living there … who does coed living when you’re married?! That’s so weird.”

She added the Julie of it all “was a very interesting element of that experiment,” adding, “You saw it, it’s something.

Another issue the group will address this season is Beck’s reaction after a swamp tour guide dropped the n-word in front of the cast while referring to a bird as a “[N-word] stork.” At the time, Beck — who is half-black and half-Filipino — was rightfully offended, but her costars didn’t understand her outrage. In the same episode, she and Tokyo also had to educate Julie about racial slurs. Beck knew they’d be prompted to talk about these incidents again, but didn’t feel as pressured to fill an “educator” role in 2022.

“I think that now, this time around, it was met with less anxiety because we are living in the internet age, we have every piece of information we could possibly want to know about at our fingertips. So I feel like, if there’s something you wanna know about, you don’t have to go to a microfiche or go to the library to know about it, Google is your friend,” she explained of the race conversations now.

“I didn’t go into this one nervous about that. If that was a topic, I did feel like I was assured by producers going in that I wasn’t going to be put in a position where I would be doing all of that emotional labor,” she continued. “I really went into this experience hopeful and appreciative and excited about reconnecting with old roommates. I think about the show like this: When I said I was gonna do it, I said I gotta go do it, I gotta be present, be authentic and enjoy it for what it is. Now I know things and now I know better. And when you know better, you do better.”

Of the “n-bird incident,” as she calls it, Beck added, “Whew, how that thing lived on.”

“I think that as a young person living inside of that, I was genuinely hurt and upset that my roommates weren’t as hurt and upset as I was. Then the show aired on national television and the world was not as hurt or upset as I was,” recalled Beck, who said she also got hate mail at the time. “So I was like, ‘Oh, so their reaction was the normal one and I’m crazy.'”

“There was a little bit of adjusting to that and I knew going in — because I had also watched ‘Real World Homecoming: New York’ — that there are pieces of each franchise where you know those stories are going to have to be revisited. So I went in understanding we were gonna do that,” she added. “So in a weird way, in 2000, I went into that experience not knowing what to expect and then in 2022, I again did not know what to expect but I arrived with a full and whole adult with a little bit of wisdom — a little bit, teeny bit of wisdom.”

She also promised fans there’s “gonna be a nice little closure with a bow how that turns out.”

Of course, the stars all had a lot of fun in the Big Easy back in 2000 too, especially celebrating Mardi Gras is one of the best episodes of the season. It’s an installment that includes an Anne Rice cameo, naked Danny, Tokyo hooking up with a girl while her best friend uses the house computer downstairs and one of Beck’s most hilarious confessionals with Julie.

“That is a warm and fuzzy episode, actually. Between that, where I’m like, ‘Matt is praying for his life, David’s servicing the hoes,’ what was I talking about? Who are you, Melissa?” she said with a laugh. “That and ‘Come On Be My Baby Tonight,’ those being sort of like the highlights of ‘Real World” New Orleans’ and if that’s your takeaway, I’m really excited … I’m genuinely appreciative of that.”

While Melissa felt like she “was in the grind for about 4-5 years” after being on the original series, the notoriety that came along with the MTV platform also had a negative effect on trying to land a real job. “After a lot of that, I was just like, it’s time for me to step away and figure out who I am not as ‘Melissa from The Real World,'” she recalled feeling at the time. Turns out, “She’s a nice, stay at home mom from Long Island,” said Beck.

Heading back into the house showed her that everybody had a very different experience after their original season wrapped. While “some of us were able to just move on,” she noted, that wasn’t the case for everybody. As Danny told TooFab back in 2018, he suffered from serious PTSD and really struggled to adjust to being thrust into the spotlight as a poster boy for the fight against Don’t Ask Don’t Tell — while Julie had major issues with the Mormon community for her behavior on the show.

“Everybody dealt with it in a very different way based on how they were perceived after the show. So some of us were able to just move on and it wasn’t a thing. Danny was literally unable to go to the supermarket, so it was interesting seeing that different perspective,” said Melissa, who still added that, for the most part, “we’re all still very much who we were then.”

“I know that sounds so crazy, but I have friends who I have in my real life, who know me, who don’t think of me as ‘Melissa from The Real World’ and all of them, since Paramount started streaming the old episodes, have called me and told on themselves [for watching],” she continued. “They’ve all said, ‘It’s really weird, it’s like reading your diary from when I didn’t know you. It’s like I know you, but I don’t know you. I like it, but I don’t like it.'”

She added that she really hoped to “respect” how the original show made longtime fans feel with the reunion and didn’t want anyone to come away from it thinking, “Dang, I really liked that lady and now look at her.”

And while there were more than a few tense moments filming the reunion — Julie appears to have issues with just about everyone in the trailer for the season (above) — Beck seems very happy she wound up doing it.

“One of the best parts of going back, even though it was wrought with anxiety, is that I now have a direct connection with the only people in the world who could understand what this experience was like and I have truly fostered friendships,” she said. “Danny and I were just in the city the other day together, eating a plate of ribs. I didn’t have that before. I got his daughter Calico Critters, so many of us have a really great and sweet relationship from reconnecting in this space, so truly I appreciate the opportunity. Thanks Paramount+!”

That being said, it might also be the end of her reality TV career, as she didn’t seem too keen on Beth Stolarczyk’s pitch for the streamer to do “Real World: All-Stars” season like they’ve been doing for “The Challenge.”

“Oh, no, no, no, no,” she said when asked whether she’d be interested. “I love being home. Look around, I love being in here. Plus, it’s a pandemic. You’re gonna have to pay me a lot of money to go back outside. If they do it, they do have my number. We can hash it out but … yikes!” 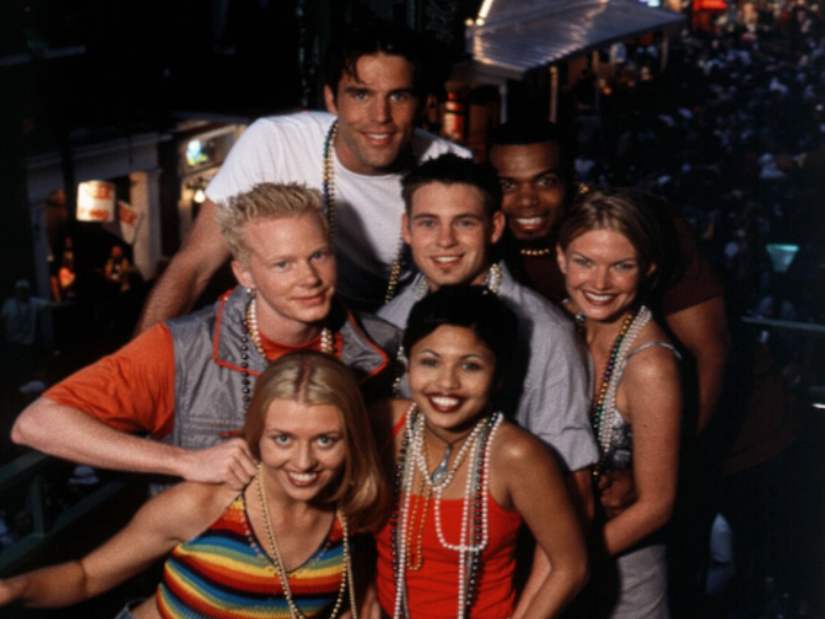