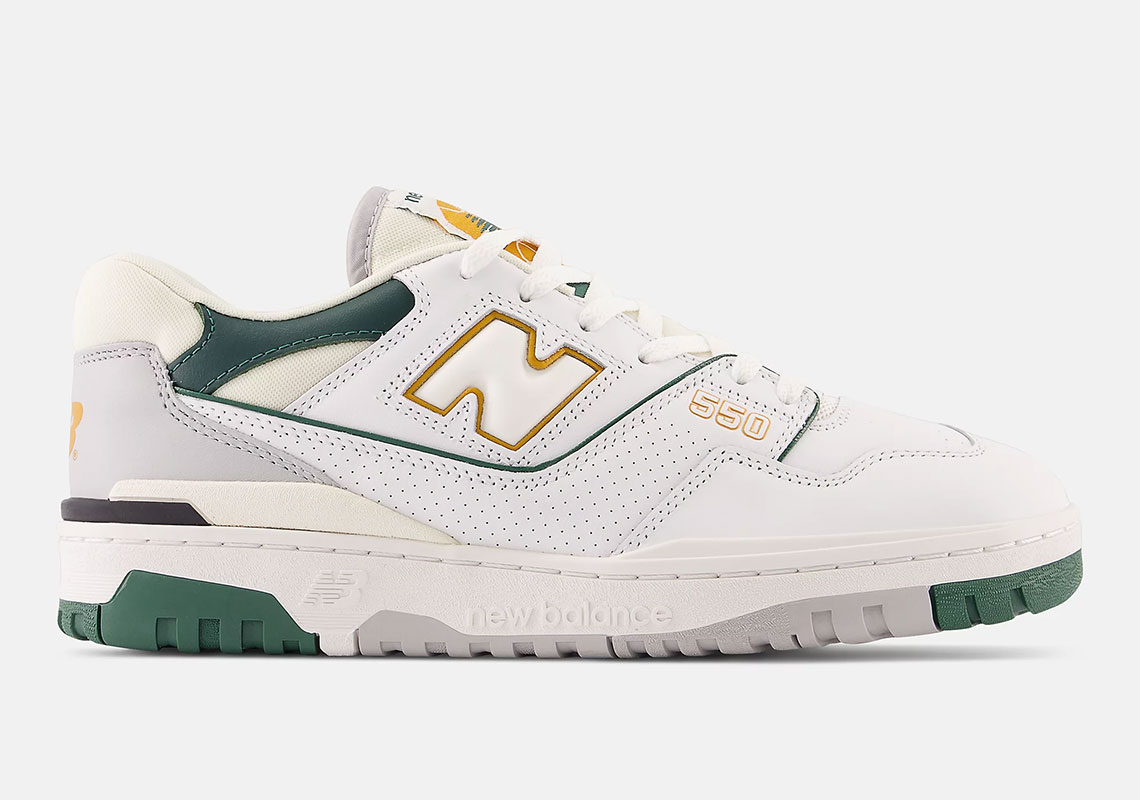 Thanks to a bit of help from Aime Leon Dore, the New Balance 550 has quickly become the footwear brand’s “it” shoe. And though most favor its collaborative colorways, inline styles, too, are equally guaranteed to sell out, sometimes doing so within minutes after release. This seems to ring true for this latest pair — the “White/Nightwatch Green” — as there’s zero stock across the few overseas retailers they’ve landed at.

Ostensibly influenced by ALD’s own work, this 550 is predominantly dressed in white leathers, which come in both a smooth and perforated variety. The midsole below is tinted a light cream, complementing that of the adjacent mesh collar and tongue. Farther underfoot, the outsole is clad in shades of grey and green, the latter of which also colors the above trims and the New Balance text laid across the tongue’s yellow basketball graphics. Additional instances of this warm tone, then, round out the colorway by way of the “N” logo and “550” type.

Enjoy a closer look at this 550 via the official images below. So far, these have released at select overseas retailers; more stock should be on the way soon, likely to hit NewBalance.com as well as broader range of shops.

In other news, another New Balance 2002R Protection Pack colorway is coming soon. 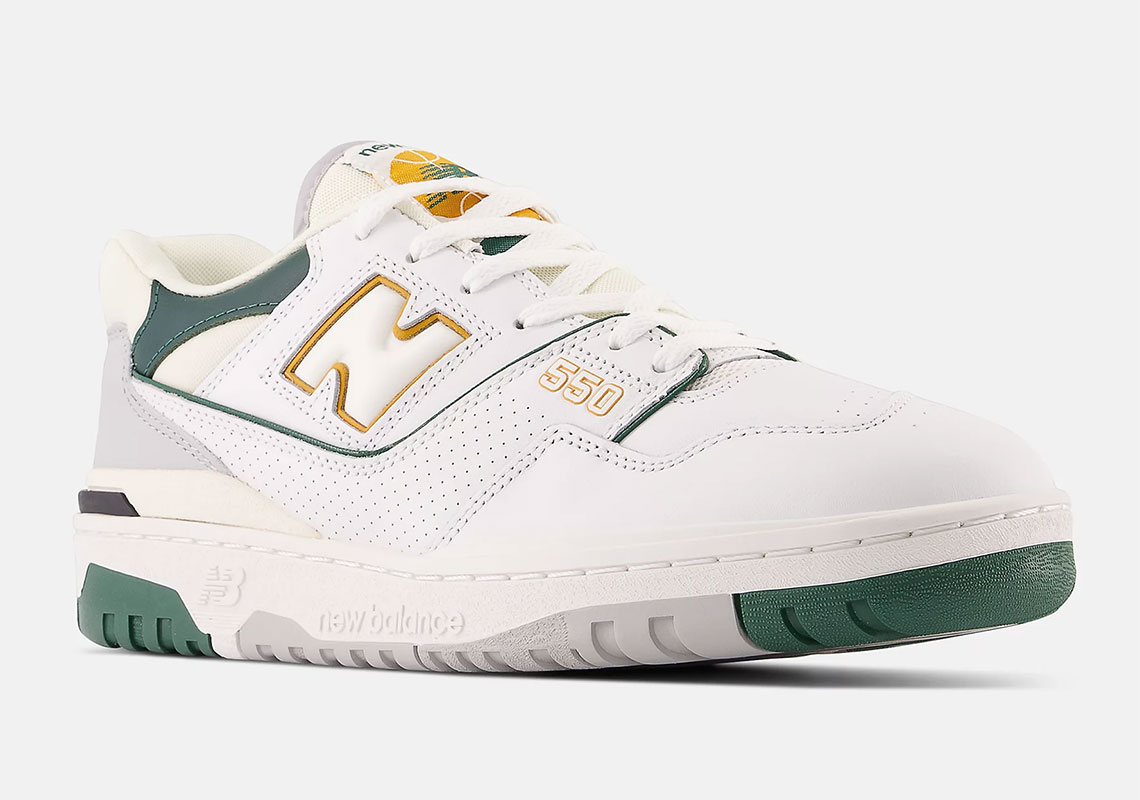 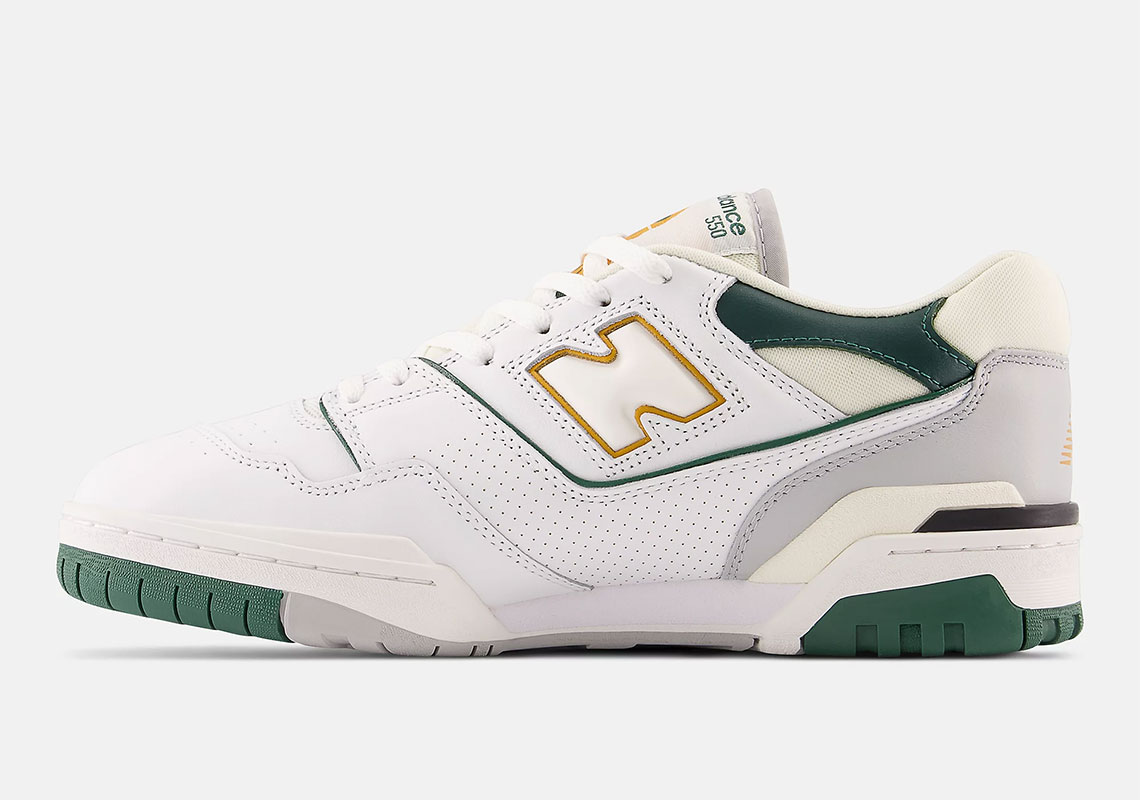 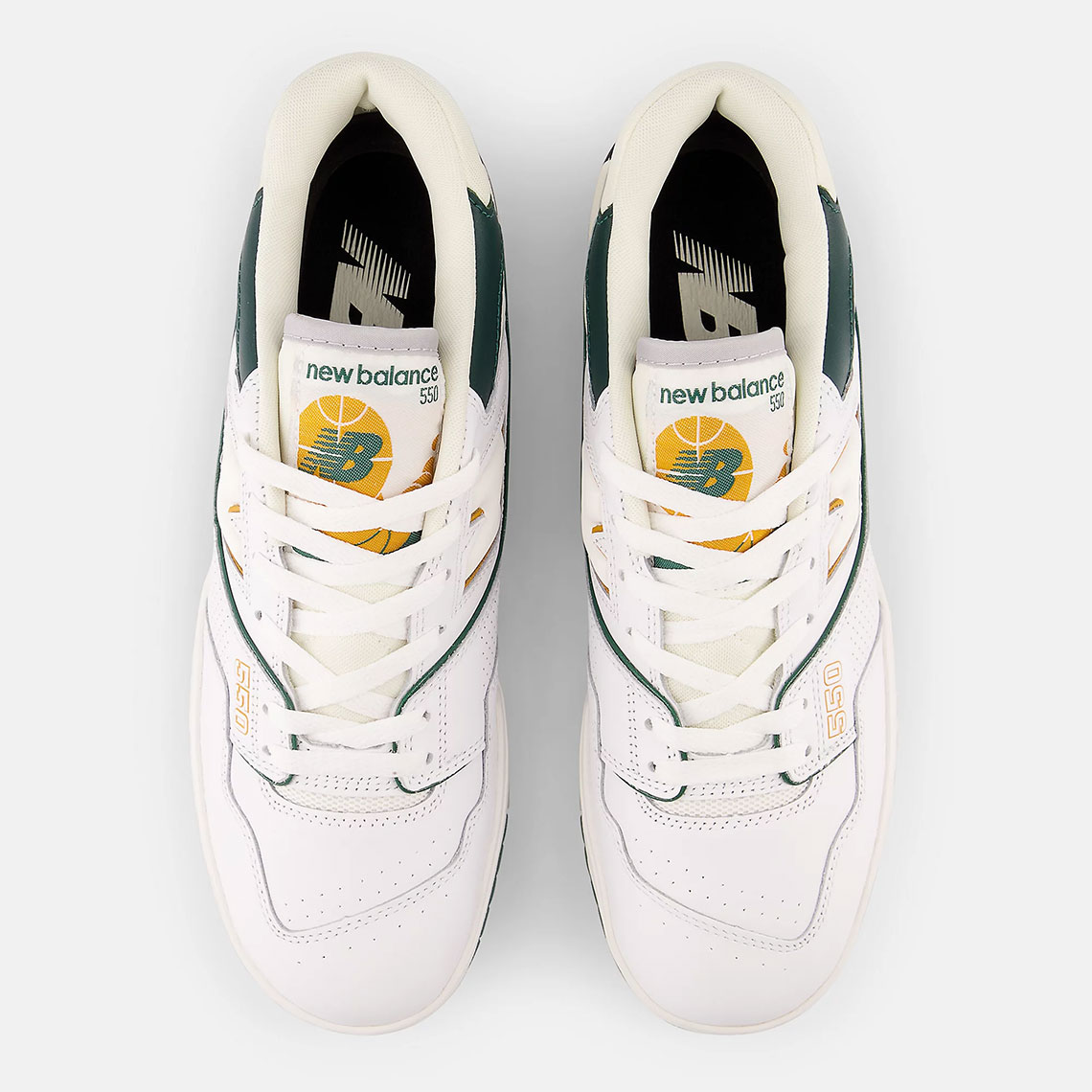 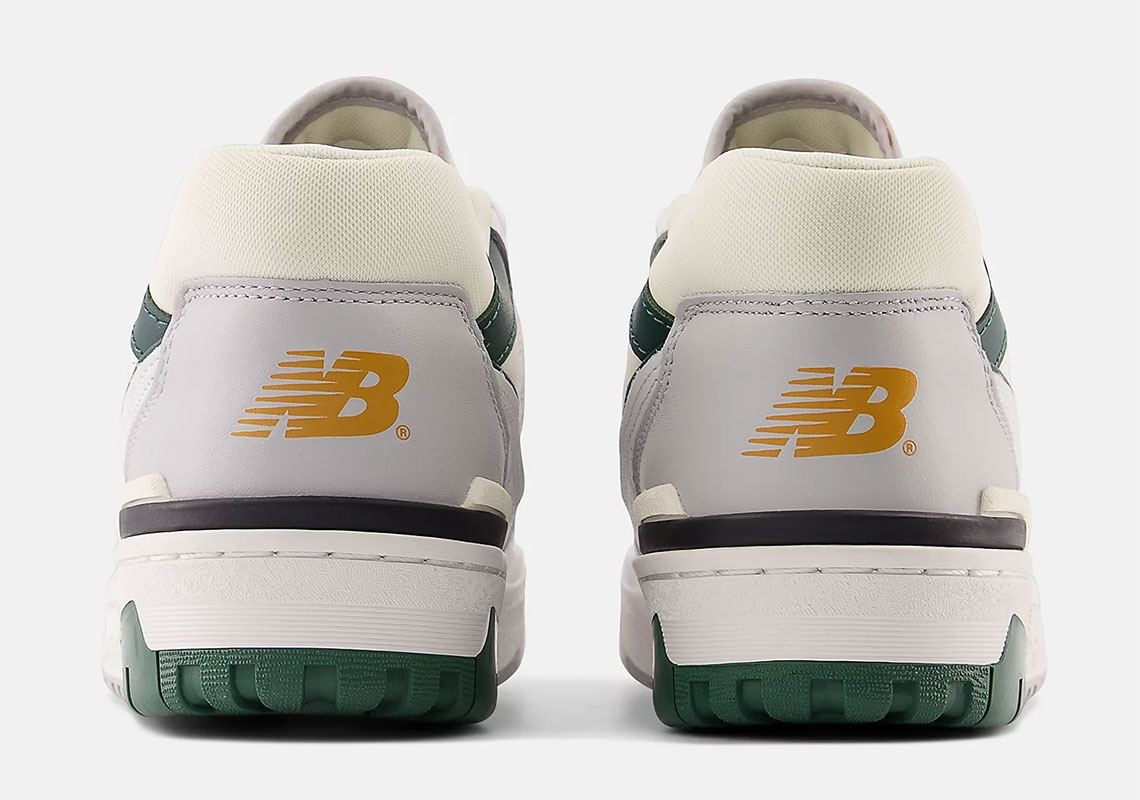 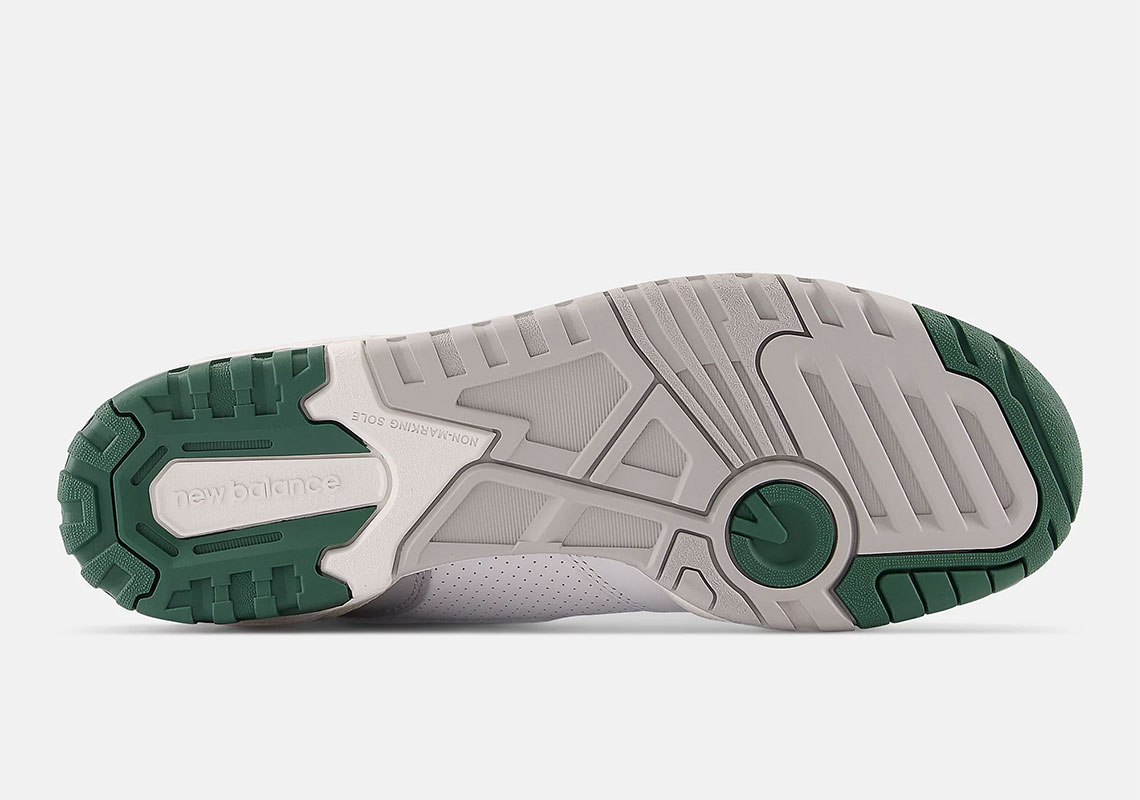