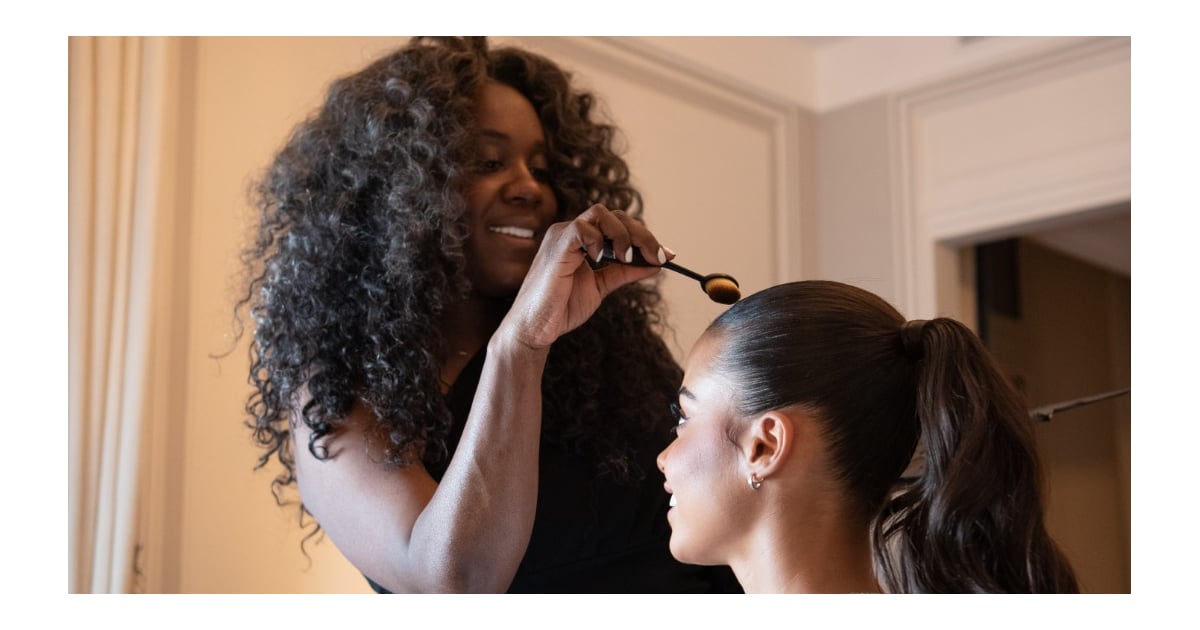 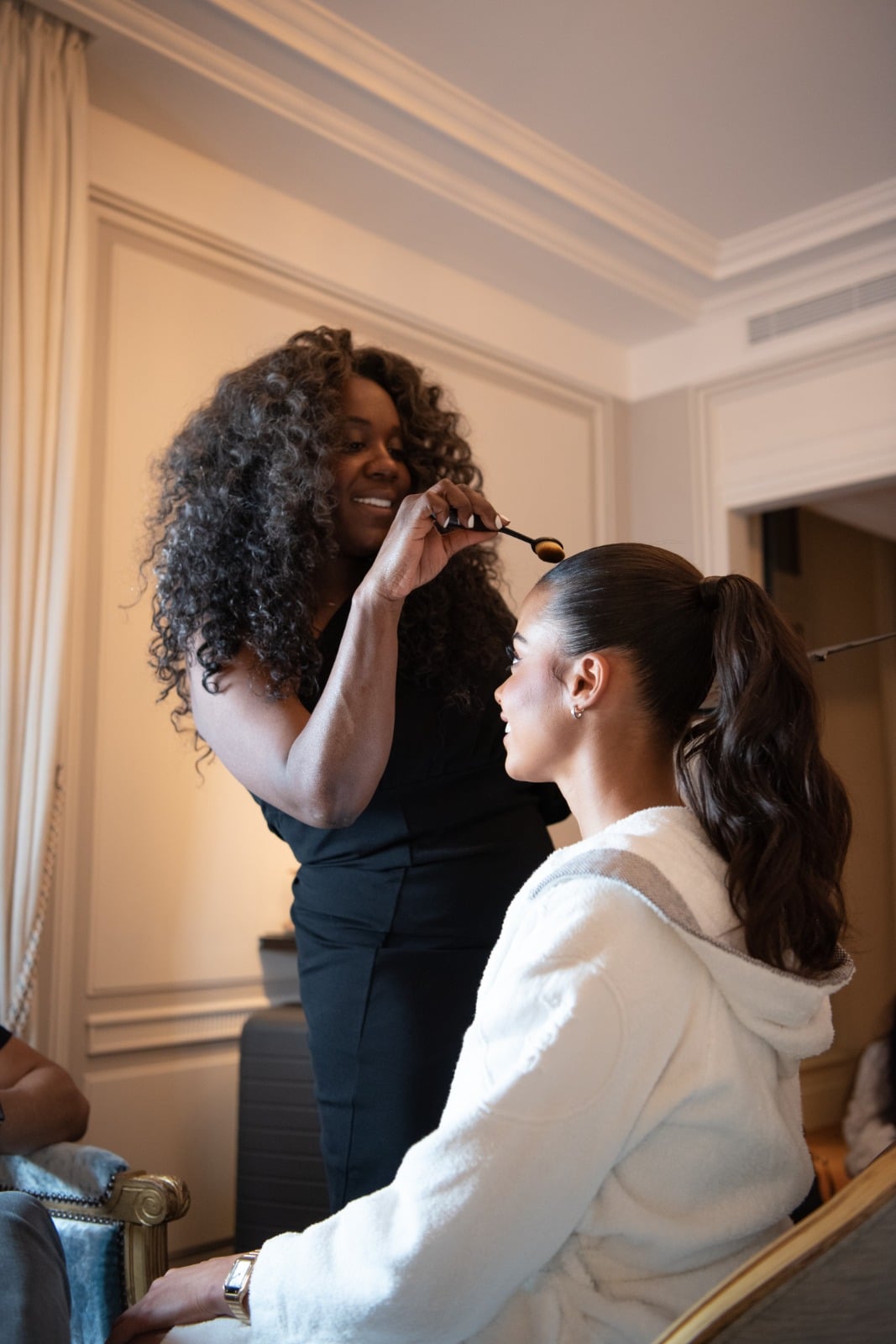 Too often, the best beauty stories go Untold, solely based on a person’s skin color, religion, gender expression, disability, or socioeconomic status. Here, we’re passing the mic to some of the most ambitious and talented voices in the industry, so they can share, in their own words, the remarkable story of how they came to be — and how they’re using beauty to change the world for the better. Up next: Nai’vasha Grace, founder of Curl Queen and celebrity hairstylist for Alicia Keys, Tracee Ellis Ross, Yara Shahidi, and more.

I’m from Memphis, Tennessee, so I’m a Southern girl. As a kid, I always did my own hair and my neighbor’s and friend’s hair. I even did everybody’s hair for prom. However, where I’m from, the beauty industry is not revered the same way it is in other areas of the country. In Memphis, when you talk about hairdressing, you’re very much talking about being behind the chair, and behind the chair only. I never looked at it as something I wanted to do because it didn’t feel like a huge money-maker. Instead, I went to college and ended up working as a realtor for over a decade. Then when the market crashed and the economy hit the floor in 2007, I had to get out. I was suffering and needed to take care of my five kids.

When I got out of the real estate field, I hopped back into what I knew best: hair. We moved to Georgia and I went to the Paul Mitchell The School Atlanta. That’s when I got to see just how big beauty can be; people in Atlanta love beauty, fashion, and all things celebrities. I’d never seen anything like that before. I was floored and I wanted to be a part of it.

I started doing as many test shoots as I could — sometimes four a week — and we all know that test shoots are very much free, you just pray that you get your pictures. In doing that, I started building my portfolio. Eventually, I got a Facebook to share what I was doing, and I ended up gaining a lot of attention from different people on the platform. One of them was a designer from Atlanta, and she asked to come to New York Fashion Week to work with her on a presentation she was doing. I was like, “Absolutely, say no more.” And so, I took the Greyhound bus from Atlanta to New York City with my kids and did her show. It was an absolute hit.

After that, I traveled back and forth a couple more times before I was like, “That’s it, I’m moving there.” The energy, drive, hunger, and diversity that the city had to offer, as well as the inspiration with its colors, dimensions, and textures, were just so beautiful in New York City. I could not stop talking about it, thinking about it, and wanting to be a part of it. So, I packed up the kids and have been here since. It was a struggle at first, unlike anything I had ever experienced before. There were so many times I wanted to go back to Atlanta because that would have been so much easier, but my heart would not allow me to do it.

My life’s work is intentional, but this entire journey has been so organic.

Not long after moving, I started working at the salon in Saks Fifth Avenue. It was a great place but my clients were mainly a bunch of old ladies. We didn’t really jive with one another, but I was making money so I was really grateful for the opportunity. I learned a lot about people and what drives them. Then one day, I got a phone call from one of my good friends that I met on Facebook, fellow hairstylist Tippi Shorter, and she asked me how my natural hair game was. I told her it was really great and gassed myself up. She said, “I have a client who’s coming to town, I won’t be able to make it. But you only have 90 minutes to do it. You have to shampoo, condition, curl, and cut her hair. Then she has to be out of there.”

At first, she didn’t tell me it was a job with Wanda Sykes that she was calling about. I ended up taking the job and I did it all within the 90-minute timeframe, and to this day, she is still my client. Once I did that, Tippi Shorter was like, “So Ciara’s coming to town, can you do her for me?” And it really happened for me just like that: things started to roll in. Not long after, I ended up working with Danai Gurira, one of the biggest stars of “Black Panther” right now, and while at that job, someone introduced me to my now-agent, and I never stopped getting business after that. My career just skyrocketed from that moment.

While doing all of this, I launched my brand, Curl Queen, in 2018 but some personal things in my life forced me to shut down instantly. Then in 2021, I relaunched. I self-funded all of it to make it happen. I was actually taking money out of my household and out of my paychecks from working every day to pour into my business.

It was scary — you’re taking your savings and putting it all into something that may or may not resonate — but I trusted my vision, my gut, and my relationships. I really felt that I could bring something fresh to the market because I’m right here in the thick of it all — I’m both the consumer and the expert, so I know what’s missing. One day, I would love to have Curl Queen be a household name.

My life’s work is intentional, but this entire journey has been so organic. The things that I have going on, I’ve prayed for, I’ve manifested, and I’ve stewed over. I have endless gratitude for where I am.