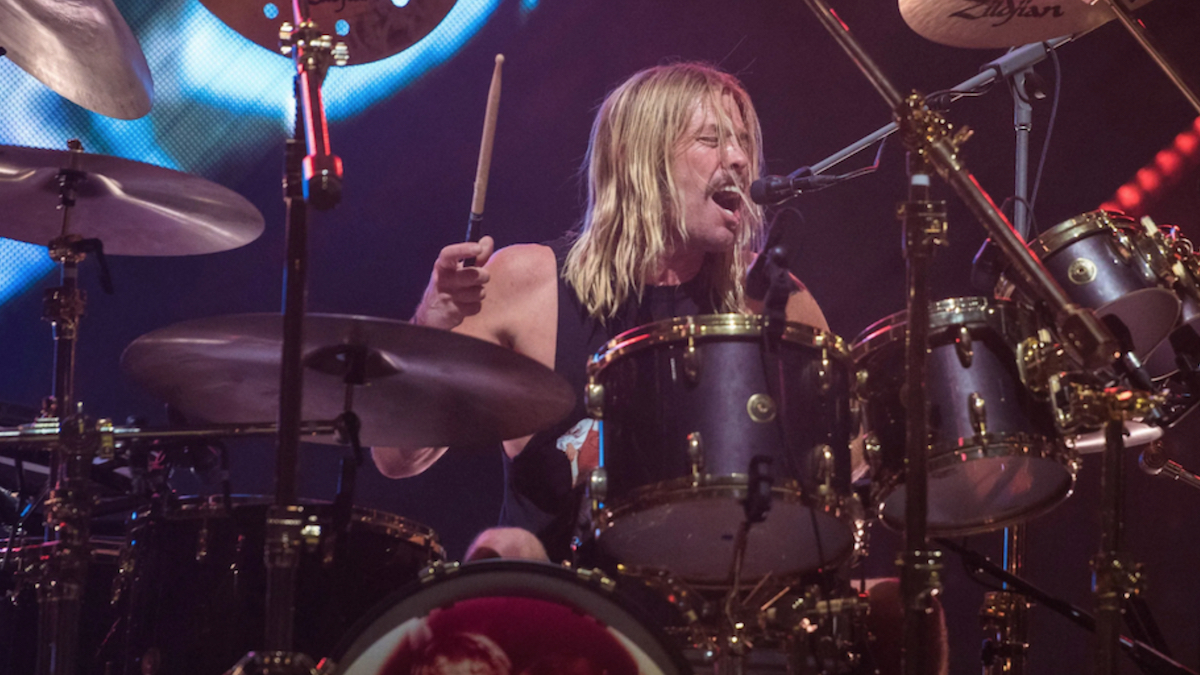 In one of the most unexpected and tragic deaths in recent rock history, Foo Fighters drummer Taylor Hawkins passed away on Friday (March 25th) at the age of 50.

News of Hawkins’ death understandably shocked the rock world. Tributes honoring the late drummer have been pouring in via social media, with many praising not only his skills as a musician, but his disposition and spirit as a human.

Below, we’ve collected a number of responses from the music and celebrity world, including tributes from Tom Morello, Ozzy Osbourne, Paul Stanley, Steve Albini, FINNEAS, Mike Portnoy, Ringo Starr, The Smashing Pumpkins, and others. Hawkins was a rare talent and an even rarer person, and his loss is sure to be felt for a long time to come.

God bless you Taylor Hawkins. I loved your spirit and your unstoppable rock power. Rest In Peace my friend. pic.twitter.com/AkiRLF2L3e

. @TaylorHawkins was truly a great person and an amazing musician. My heart, my love and my condolences go out to his wife, his children, his family, his band and his fans. See you on the other side – Ozzy

Taylor Hawkins 1972-2022.
Our deepest sympathies to Taylor’s family, his fans, and of course his band. pic.twitter.com/qlEaQK0uui

So heartbroken to hear about Taylor Hawkins’ passing, what an incredible talent, who didn’t also need to be so kind and generous and cool but was all those things too anyway. The world was so lucky to have his gifts for the time that it did, Rest In Peace

Taylor Hawkins was a terrific drummer with a gorgeous disposition, seemed always to be having the time of his life. I didn’t know him well but I know music is lessened by his passing, made duller and smaller. Requiescat.
🎈

heartbroken by this taylor hawkins news. an all time great drummer who played with so many of my favorites, and who i felt (and still feel) incredibly honored to have opened for. RIP

My heart is broken. This is devastating. Our love goes out to the Foos and their families https://t.co/O3FP7BfnkJ

GUTTED to hear of our friend and neighbor, Taylor Hawkins departure. In disbelief, like everyone else. He was one of my favorite people, always full of love… he will be deeply missed. Our hearts go out to his family, to the Foo’s… #RIPTaylorHawkins #FooFighters

Speechless and Gutted. Taylor was a great guy, a dad and a husband. My heart goes out to them, Dave and the band. What awful news. https://t.co/uQdl04etlp

such a sweetheart. sat down and played my kit and had so many great things to say. RIP.

In absolute shock & disbelief over the the passing of Taylor Hawkins. I’ve always had so much admiration for him. Amazing drummer & a gem of a guy who was always fun to be around. I’m absolutely gutted…my deepest condolences to his bandmates & family 😥🙏 #RIPTaylorHawkins pic.twitter.com/a3X0k2AqYW

Gutted. Completely gutted. We just recorded something together a month ago. Can’t even process this right now. Let’s hold Taylor’s wife and children close to our hearts.

So very very sorry to hear of the passing of our friend Taylor Hawkins. Honestly no words. Big love brother Taylor. Thinking of his family and the guys in his band. Absolutely heartbreaking #taylorhawkins 💔💔💔 pic.twitter.com/4faHc3J7nM

My heartfelt condolences go out to @foofighters and the family and friends of drummer #RIPTaylorHawkins.

In utter disbelief at the news of Taylor Hawkins. Our deepest condolences to his family, his bandmates, his team, his friends and everyone that was ever touched by the music he created with @foofighters @Alanis and so many others. This is so incredibly sad. pic.twitter.com/2AUeqpaN94

TAYLOR HAWKINS GOD BLESS YOU AND YOUR FAMILY FOREVER. I AM SO SORRY BUBBA 💔

I’ve seen a lot of live bands in my time and I can honestly say that I have never seen a drummer and guitar player interact in a more jovial, genuine, and entertaining way than how @taylorhawkins and #DaveGrohl did.
One of the best in history. Devastated. #RIPTaylorHawkins

.@FooFighters Taylor Hawkins was an archetypal rock drummer — I mean, just look at the guy. He lived and played really hard and really well and really joyously, and that was very inspiring. His passing is a shock and a terrible loss.

Rest In Peace Taylor Hawkins. Such a great person gone way too soon.

Rest In Peace Taylor Hawkins. The @foofighters drummer has died at age 50. 💔 pic.twitter.com/2f2TpqaYrp

Such awful, sad news… just saw Taylor Hawkins a week or two ago with the @foofighters on a night talk show promoting their horror movie…
Gone way too soon. My heart goes to his family and friend and all those who loved him. 🖤 pic.twitter.com/ntWaCErMQv

So many thoughts all at once. I loved to watch him perform. And for a band that means so much to so many, myself included, this is such a loss and so unbelievably sad. https://t.co/iT9GWINyel