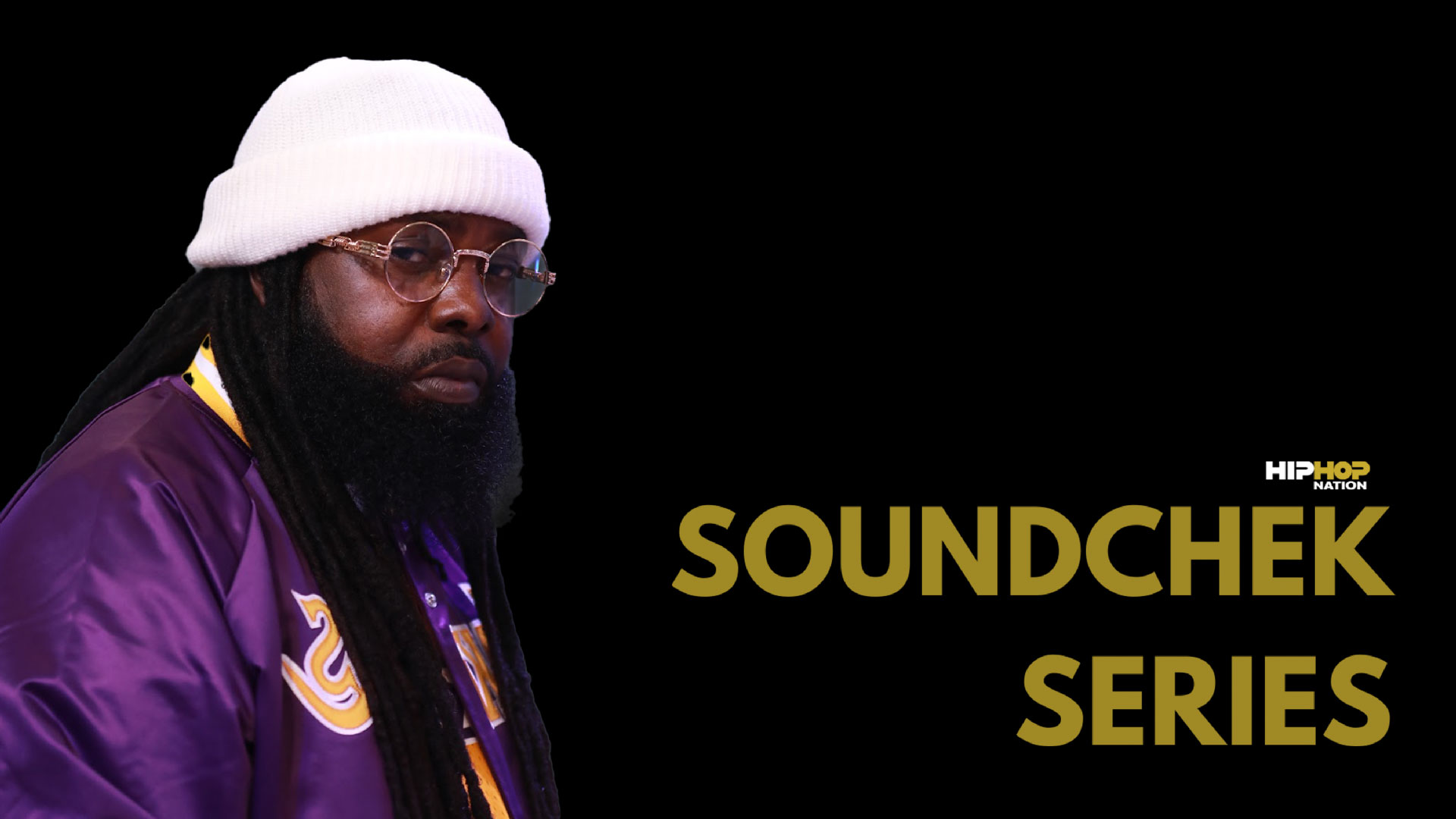 Moone Walker joined Gray Rizzy to talk about Dopest Sh*t I Ever Heard and upcoming projects. SoundCheks are a Hip Hop Nation (Ch. 44) series that highlight artists’ new projects and puts them center stage to perform their music. Gray Rizzy asked Moone Walker how it felt to collaborate with Kevin Gates and what we can expect in 2023.

The interview below has been edited for clarity and length.

Gray Rizzy: You got the new project that’s out right now, The Dopest Sh*t I Ever Heard. Hell of a title.

Moone Walker: I wanted to make a statement with it. When people read the title, I wanted them to say, “The Dopest Sh*t I Ever Heard.” I wanted it to sit with them and they be like, “He’s really bold. Let me see what the hell he is talking about.”

Gray Rizzy: What are some of your inspirations? When somebody says “Moon Walk,” they will automatically think about The Greatest.

Gray Rizzy: When it comes to this song right here, “Feel’n Myself,” what I like about this is that you put a lot of affirmation into your music. What made you start to write like this?

Moone Walker: Speaking things into existence. In order for you to get the picture, I have to paint it for you. Remember when TI first came out and he was like “King of the South”? there was a lot of controversy with that, but he stood on it to the point where you had to believe him. I am trying to do the same thing with myself you know?

Gray Rizzy: What are some of the things that you are looking forward to going into 2023? Because you’re ending 2022 with a bang.

Moone Walker: First and foremost, more music videos from The Dopest Sh*t I Ever Heard. I want to do a video for every song on that project. I want to paint that picture for the fans. The next thing I got coming out is “Too Dope.” That’s the next project that I am working on at this moment. I gotta spread the word and remind you that I’m dope. You know what I’m saying? More shows. More visuals. I am trying to get into the CEO aspect of things as well… Like, putting on other artists out there.

Gray Rizzy: Now, I’m not making the comparison, but I’m sure there are a lot of people out there and they’re saying, “There’s a talent that was coming from down south in Florida a few years ago.” And when they see the dreads, they see the confidence and they see how you exhibit out here in these music videos… I’m sure people are saying you are a breath of fresh air similar to the way T-Pain was. When you hear that, what do you think?

Moone Walker: T-Pain is a legend, so why wouldn’t you want to be compared to that? T-Pain made a mark in this game. Being compared to him and what he has done in the game, that’s awesome. Plus, he is from Florida, so that is great. He is someone I aspire to be as big as.

Gray Rizzy: Talking about the talent down there in Florida, who are some people you are looking forward to collaborating with?

Moone Walker: There’s a lot of people in Florida. Of course, I don’t want to start naming people and leave someone out. Of course, the Rod Waves, Kodak Blacks and stuff like that. I wanna be able to do some things with them as well.

Gray Rizzy: You got this song “That’s Sauce!” and going back to the song “Feel’n Myself” from earlier… Production wise, are you working with the same producer? Are you creating this sound?

Moone Walker: Well, right now, I am in the process of trying to expand the sound. So, any producers out there that are looking to work with Moone Walker… Y’all go ahead and tap in with me. Let’s get it done. I believe in locking in and creating magic. There’s a lot of producers out there too that’s just sitting, waiting for the opportunity to be heard, so if I could be the door to help your sound get heard… Let’s work.

Gray Rizzy: I’m not gonna put no emails out there…

Moone Walker: Man, I’ll put the email out there. MW.COLLABS.FEATS@gmail.com. Let’s get it done.

Gray Rizzy: Do you know if Lizzo has heard this song? Has anyone reached out to let you know about that?

Moone Walker: I honestly don’t know if she has heard the song or not. It would be great if she heard the song, but the whole purpose of the song was I wanted to give women who are more on the plus size or curvy or in that community… I wanted to give them their own theme song. There’s a lot of songs out there that are geared towards smaller women, but there aren’t songs that are created when it comes down to plus-size women. It’s always kinda like a gimmick. I wanted to make sure that plus-size women had a song that was like, “This is my song. I can take this and I can hold onto this forever.” I wanted to give them their own theme song.

Gray Rizzy: You said something, and you put it very plainly, but it made so much sense. You said, “Yo, she’s a woman, bro, treat her like a woman.” It’s so subtle but it’s so powerful, what’s being said.

Gray Rizzy: By the time this airs man… We are going to be playing this remix that you got with Kevin Gates. You and Kevin… Y’all lyrics mixed together on a song like “Lizzo, ”my God. What was it like working with him?

Moone Walker: As far working with him hand-in-hand, it was not that type of interaction. But as far as working with him jumping on the song, that was amazing. He jumped on and did exactly what he needed to do on it.

Gray Rizzy: You know what I can’t wait to see? Both of you on stage doing this song. You know what? It’s to the point where I don’t even want to see you two guys, I want to just pan over to the audience.

Moone Walker: He’s a fool with it. I just seen a clip last night where he was just describing… You know what I mean? The women was just going crazy in the crowd. I already know that once we are on that stage together — pay attention to the crowd. That’s what we need. Yes, lawd.

Gray Rizzy: Do you think you are going to have to up your game when you get on stage? I am just wondering what stage left and what stage right is going to look like when y’all are performing this song.

Moone Walker: That is one thing that I do have to implement because he sit down and slow and has the conversation with the crowd. I am more into energy. When that energy starts flowing, I’m going. You understand? I’m movin’ and groovin’. I want you to feel the same you feel when you are listening to the project.

Gray Rizzy: Who is the producer?

Gray Rizzy: What about merch? There’s so much that people haven’t seen. I want to make sure everyone we promote everything.

Moone Walker: You can go to moonewalker.com and we have merch there. We have “She got a little bit of stomach but that’s okay” T-shirts. We are re-upping the inventory now. A lot of things are coming out!