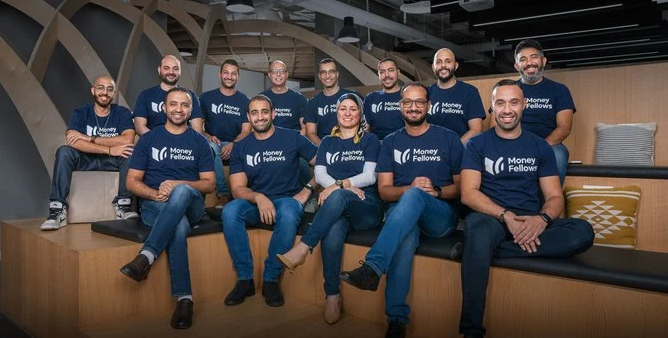 Money circles, also known as ROSCAs, hold a lot of possibilities, and with Money Fellows, there are many trusted and convenient options available. Whether someone is looking to buy or to save, they can find something suitable, allowing them to get the highest return on their savings. Learn more about the fintech startup and its plans for its latest funding in the article below.

Egyptian fintech Money Fellows has raised $31 million in what it describes as the first close of its Series B investment. The round, which the startup expects to top up in the coming months, was led by CommerzVentures, Middle East Venture Partners (MEVP) and Arzan Venture Capital.

Money Fellows’ premise is the digitization of money circles or what’s commonly known as the Rotating Savings and Credit Association (ROSCAs), a system where a group of people agree to contribute money for a specific period, thereby saving and borrowing together.

ROSCAs, which Money Fellows CEO Ahmed Wadi says is a $700 billion opportunity globally, are quite popular in over 90 emerging and developing markets with several names: Esusu or ajo in Nigeria, Kameti or chit fund in India and Gameya in Egypt. But it wasn’t in either of these countries that Wadi first tested Money Fellows, it was in Germany, where he lived at the time. There, Wadi found it difficult to access financial services because he lacked a credit history. He thought by replicating the Gameya system in the European nation he could provide an alternative financing system for people like him. However, adoption wasn’t significant there nor in the U.K., which was his next stop.

“Germany didn’t have this culture and at some point, it felt like it made sense to go to the U.K. where they have Asians, Africans and Arab communities that traditionally use this model,” said Wadi. “But we found out people didn’t need it because they had an advanced financial system.”

On the other hand, Egypt has a functioning ROSCA system, and Wadi, being from the country, chose it as his third try in 2017. He launched the platform a year later.

Here’s how ROSCAs work. Let’s say 10 people come together and agree to pay $1,000 monthly for 10 months. At the end of each month, a member gets $10,000 and it keeps rotating until everyone receives their payout. This system works best with a tight-knit group of friends or family because it can be risky when strangers are involved. However, this limits offline ROSCAs in that participants may find it difficult to access more capital. But with Money Fellows, people have a broader pool of participants — each passing through a credit assessment process — around Egypt so that they can form and join ROSCA groups through its app. Similar players globally include Pakistani fintech Oraan and U.K.-based StepLadder.

Money Fellows classifies its users as borrowers, savers or planners depending on where their position is in a ROSCA cycle and when they receive a payout. It charges a one-time service fee of about 6% to users who choose its early spots; the percentage decreases down the line and turns to incentivized interest paid to users at the end of the cycle.

“People looking to borrow can find slots on our platform. People are looking to save too. So if you are a slot number one, you’re a pure borrower, so we charge a fee. If you’re a slot number two, we charge you slightly less. It decreases the more you’re willing to wait until the end of that ROSCA, where we incentivize the users with one of the most attractive saving incentives in the country.”

Any fintech business that involves lending in one form or another has to deal with defaults. Money Fellows doesn’t have it differently. Its conscious design also factors in such cases and has made provisioning and reserve requirements to ensure that customers keep getting paid even when other participants miss their targets. According to the chief executive, Money Fellows sets aside reserves for every new ROSCA launched and, complying with a provisioning schedule, covers any defaults from those funds.

“The good thing with ROSCAs versus consumer finance is that not everyone has equal credit exposure. So if you’re slot number five, for instance, when you get $10,000, you only need to repay $5,000 because you historically paid $500 in the past five months,” he said. “That’s why we’re more conservative. We don’t limit people to only amounts. We also restrict them to specific slots because we know which slots carry more or less risk. That’s another beauty and how we control defaults using Rosco as the financial Engine versus the typical consumer and microfinance model.”

The fintech also includes a B2B play where it partners with various merchants in Egypt to sell their products within the app so its customers can get discounts. The fintech generates a commission from markup on these products in addition to charging fees in its ROSCAs. It plans to offer more financial services such as buy now pay later, pension, and cards, where the four-year-old fintech plan to make interchange fees.

Money Fellows has over 4.5. million registered users on its platform; however, only 7% are monthly active users. The average payout ticket per user is around 23,000 EGPU ($1,100). The company, which regards itself as “one of the favorite financial apps for Egyptians,” claims to have experienced an 8x year-over-year growth.

Wadi said Money Fellows’ plan with the funding is to accelerate growth by diversifying its portfolio of services and expanding its product offerings across the B2C & B2B segments, as well as its geographical expansion across Africa and Asia. “To be honest, this model has yet to be cracked globally. It took so much time to develop our product and technology to ensure ROSCAs were fully completed while onboarding the right mix of borrowers, savers and planners, the CEO stated. “This was our key focus over the past couple of years, so now it’s the time to grow, and so a big chunk of what we’re raising is to aggressively grow or scale a lot faster than what we have done and then hopefully try to replicate this in other markets.”

Hangwi Muambadzi, a venture partner at CommerzVentures, speaking on the investment, said: “Rotating Savings and Credit Associations have been deeply embedded in emerging markets across the world for centuries. It is brilliant to see this new digital ROSCA-driven model [Money Fellows] emerge from Africa, creating a trusted model of delivering financial solutions and setting a new standard on using localized solutions to solve for global opportunities.”

The original article can be found on TechCrunch.