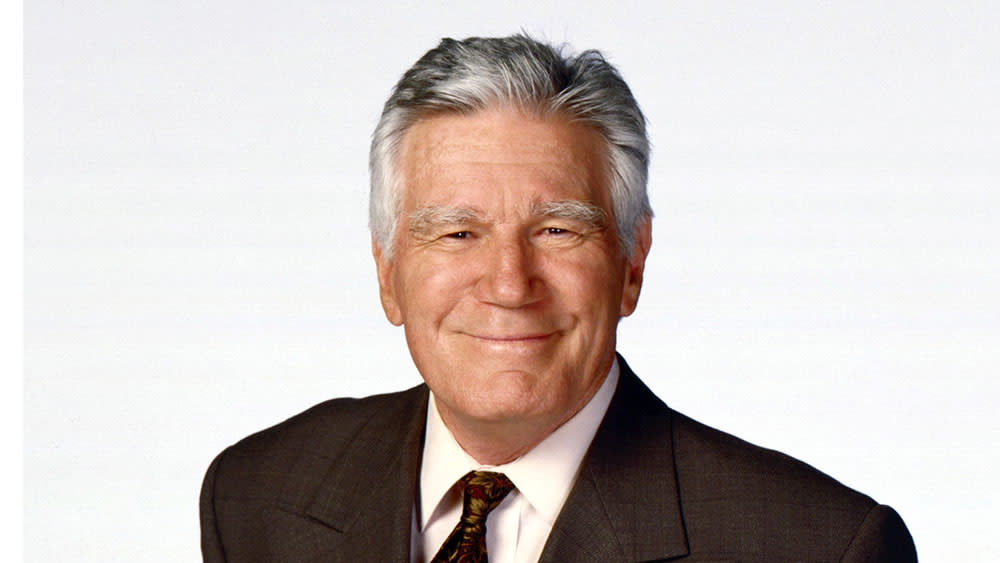 Mitchell Ryan, an actor known for roles in “Dark Shadows,” “Dharma & Greg” and movies including “Magnum Force” and “High Plains Drifter,” died Friday in Los Angeles, his agent confirmed. He was 88.

Soap opera fans may remember Ryan best for his role of Burke Devlin on “Dark Shadows,” a gothic soap that aired on ABC in the late 60s and early 70s. Ryan played Burke until 1967, when he was replaced by Anthony George.

“My sweet, beloved friend Mitch died early this morning,” Scott wrote. “He was a great gift in my life. I cherish my warm memories of his beautiful soul. I’m heartbroken.”

In addition to his work as Burke Devlin on “Dark Shadows” and Edward Montgomery “Dharma and Greg,” Ryan’s career included dozens of other television credits — including “The West Wing,” “The Drew Carey Show,” “Wings,” “Murder, She Wrote,” “Executive Suite,” “Dallas” and “Having Babies.”

On “Santa Barbara,” he played Anthony Tonell in 36 episodes, and he played the title character, Captain Chase Reddick in the 1973 police drama “Chase.”

As a life member of the Actor’s Studio, Ryan’s Broadway appearances include “Medea” and “The Price.” He also made it to the big screen in notable films such as “Lethal Weapon,” “Grosse Pointe Blank,” “Halloween: The Curse of Michael Myers” and “Winter People.”

Ryan was also a writer. In 2021, he published “Fall of a Sparrow,” an autobiographical book about life and career as an actor — including his public struggles with alcoholism and journey to sobriety.

“I’m blessed. I’m blessed that, 30 years a drunk, I’ve managed to live a working actor’s life to be envied. And I’ve lived a great deal of real life while I was at it. Sober for the next 30 years, I’m told that I’ve come out of it all a good and useful human being… In this cynical world of ours, read the work of a man who begins by shouting out his happiness. Because this happiness I speak of isn’t a bright sunshiny yellow. It’s been hard-fought and hard-won,” Ryan wrote in the book’s preface.

“Another actor might say, ‘The book’s only as good as my credits.’ Credits, yes, but this is an honest book… More than all, this is a story of a man becoming. I was lucky enough to survive my mistakes.”